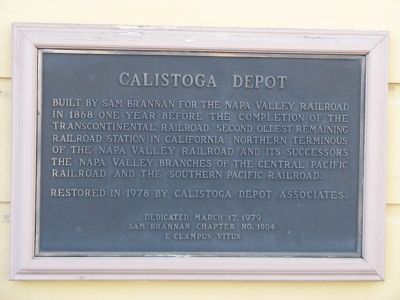 Photographed By Syd Whittle, April 26, 2009
1. Calistoga Depot Marker
Inscription.
Calistoga Depot. . Built by Sam Brannan for the Napa Valley Railroad in 1868 one year before the completion of the Transcontinental Railroad. Second oldest remaining railroad station in California. Northern terminus of the Napa Valley Railroad and its successors the Napa Valley Branches of the Central Pacific Railroad and the Southern Pacific Railroad., Restored in 1978 by Calistoga Depot Association,
Dedicated March 17, 1979 , Sam Brannan Chapter No.1004 , E Clampus Vitus. . This historical marker was erected in 1978 by Sam Brannan Chapter No.1004, E Clampus Vitus. It is in Calistoga in Napa County California

Restored in 1978 by Calistoga Depot Association

Topics and series. This historical marker is listed in these topic lists: Industry & Commerce • Railroads & Streetcars. In addition, it is included in the California Historical Landmarks, and the E Clampus Vitus series lists. A significant historical year for this entry is 1868. 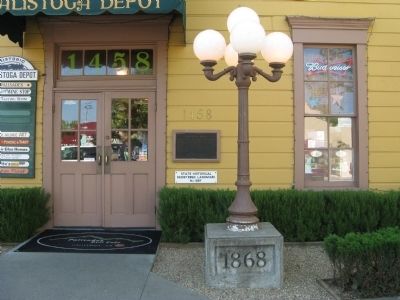 Click or scan to see
this page online
Marker is at or near this postal address: 1458 Lincoln Avenue, Calistoga CA 94515, United States of America. Touch for directions.

Regarding Calistoga Depot. This site is designated as California Registered Historical Landmark No. 687.

This site was placed on the National Register of Historic Places on April 18, 1977

This site was designated as California Registered Historic Landmark No.687 on July 31, 1959:

Landmark Statement of Significance:
The Napa Valley Railroad depot, now the Southern Pacific depot, was built in 1868. Its roundhouse across Lincoln Avenue is gone. On its first trip, this railroad brought people to Calistoga for the elaborate opening of Brannan's summer resort in October 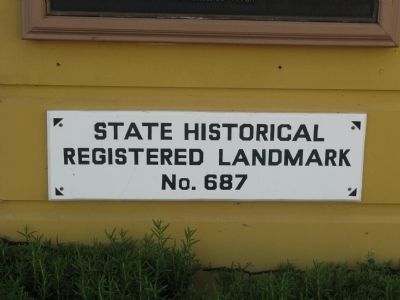 Photographed By Syd Whittle, April 26, 2009
3. State Historical Landmark No.687
Sign mounted on building under the marker
1868. 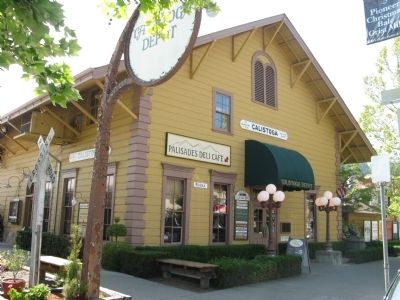 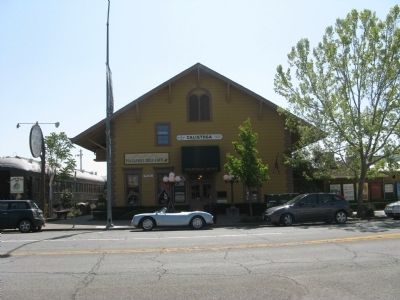 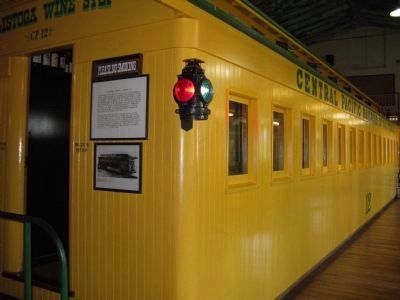 Photographed By Syd Whittle, April 26, 2009
6. Central Pacific Coach 12
Railroad car on display at the depot - The Calistoga Wine Shop
This passenger coach was built in 1866 for the just-organized Central Pacific Railroad by the Harlan & Hollisworth Company of Wilmington, Delaware and shipped around Cape Horn by steamer to Sacramento. The car was set on the Central Pacific’s rails in Sacramento where it assisted in construction of the railroad eastward until it met the westward building Union Pacific Railroad at the historic Golden Spike Ceremony in Promotory, Utah on May 10, 1869. The great Transcontinental Railroad was completed causing accelerated western expansion of America and the settlement of the west.

Coach 12 was retired from active passenger service in 1905 after more than a million miles of travel and placed in railroad maintenance service. In 1926 it was permantly retired and placed without its wheels in the Stockton Railroad Yard as an employee storage building. It was obtained just prior to its planned demise by Calistoga Depot Association in 1977 and was brought to Calistoga where it was restored to its 1880’s state in 1978 – its 112th year.
From sign mounted on front of rail car. 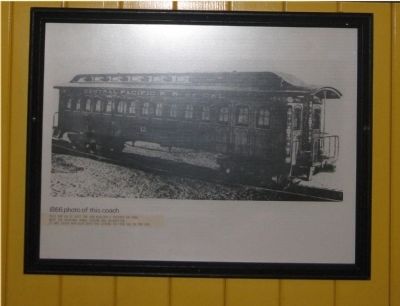 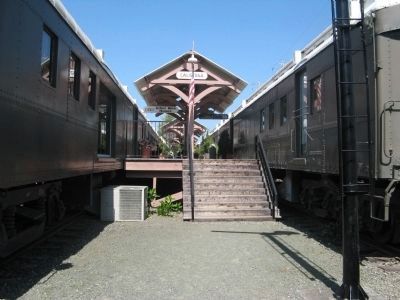 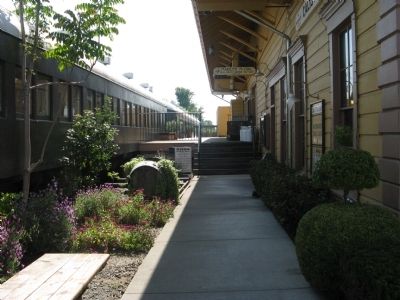 Photographed By Syd Whittle, April 26, 2009
9. North Side of Depot and Rail Cars on Display 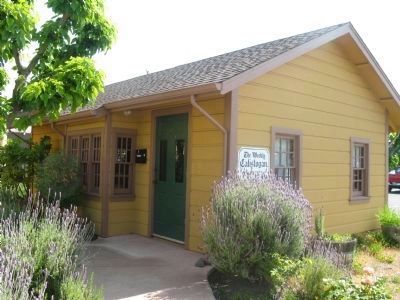 Photographed By Syd Whittle, April 26, 2009
10. Calistoga Depot Marker
The Weekly Calistogan
Calistoga’s Historic Newspaper
Since 1877
(Building on the grounds of the Calistoga Depot.) 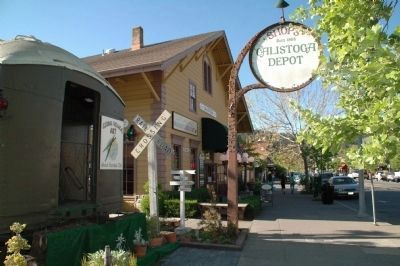