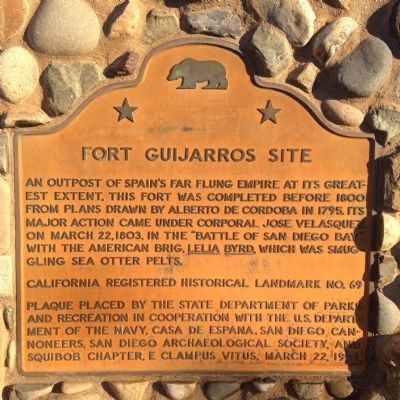 An outpost of Spain's far flung empire at its greatest extent, this fort was completed before 1800 from plans drawn by Alberto de Córdoba in 1795. Its major action came under Corporal José Velásquez on March 22, 1803, in the "Battle of San Diego Bay" with the American Brig Lelia Byrd, which was smuggling sea otter pelts.

Marker series. This marker is included in the California Historical Landmark, and the E Clampus Vitus marker series. 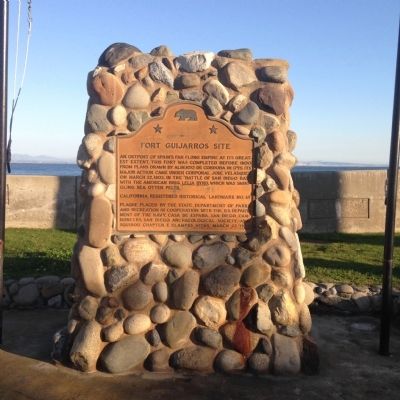