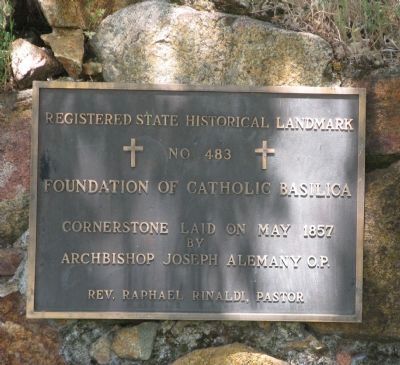 Regarding Foundation of Catholic Basilica. The Registered California 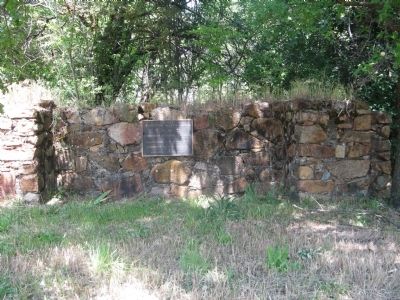 By Syd Whittle, May 8, 2008
2. Foundation of Catholic Basilica Marker
Historical Landmark description is:
Father Rinaldi's Foundation of 1856.
In the summer of 1853 Archbishop Alemany of San Francisco sent Father Florian Schwenninger to take over the mission of Shasta County. In the later part of 1853 a small wooden church was built. In 1855 Father Schwenninger moved over to Weaverville and Shasta's new priest, Father Raphael Rinaldi, decided to build a structure of cut stone to replace the small wooden church that had served since 1853. In 1857 the cornerstone of the church was laid, but for some reason its walls never rose, the foundation can still be seen (1963). 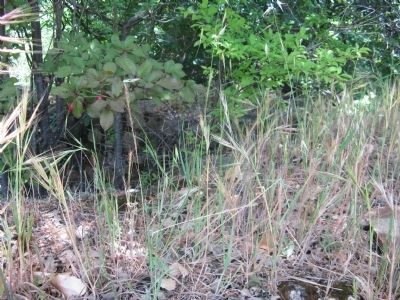 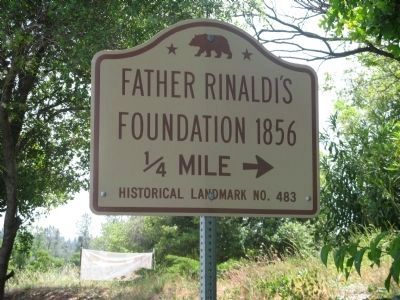