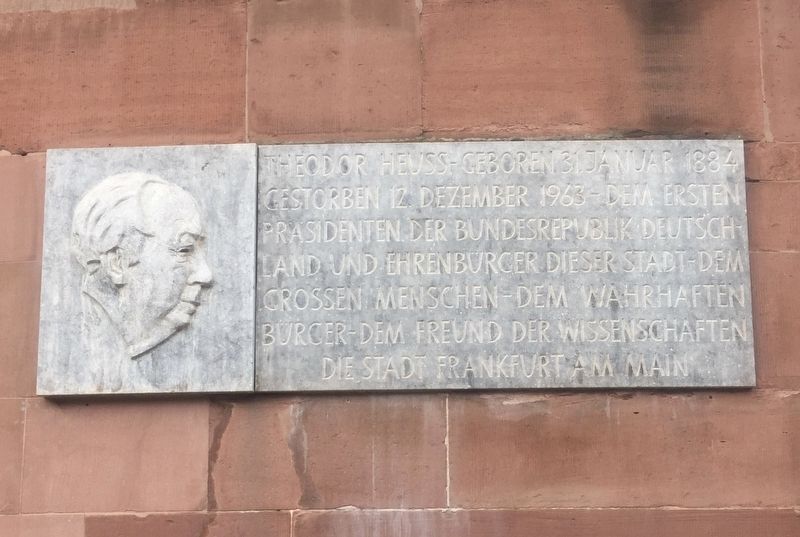 (English translation:) Born January 31, 1884 · Died December 12, 1963 . The first President of the Federal Republic of Germany and honorary citizen of this city - a great person - a true citizen - a friend of science . This historical marker is in Frankfurt am Main in Frankfurt Hessen Germany