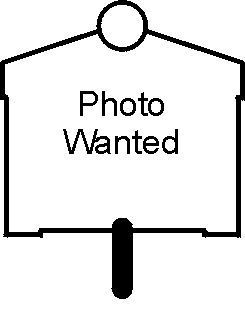 Oldest continuous law firm in Texas. Founded Nov. 13, 1846, by William Pitt Ballinger (1825-1888), who on that day received first law license issued by state of Texas, through first judicial district court. A veteran of the Mexican War, he later was a distinguished Texas statesman. Ballinger's first partners -- in Jones, Butler & Ballinger -- were John M. Jones and Jonas Butler. Ballinger relatives who have formed line of descendancy in the firm include a son, Thomas J. Ballinger, grandson Ballinger Mills, Sr., and great-grandson Ballinger Mills, Jr.

Location. 29° 18.387′ N, 94° 47.622′ W. Marker is in Galveston, Texas, in Galveston County. Marker can be reached from Mechanic Street west of Kempner Street, on the right when traveling west. This marker is currently inside 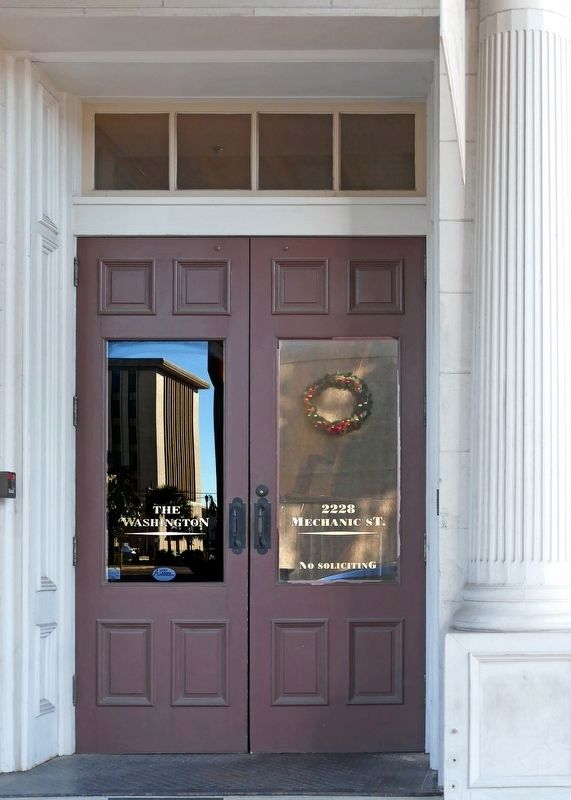 By Jim Evans, December 14, 2019
2. Door to the previous offices of the W.P. Ballinger Law Firm
the offices of the law firm and is not accessible on weekends. Touch for map. Marker is at or near this postal address: 2228 Mechanic Street, Galveston TX 77550, United States of America. Touch for directions. 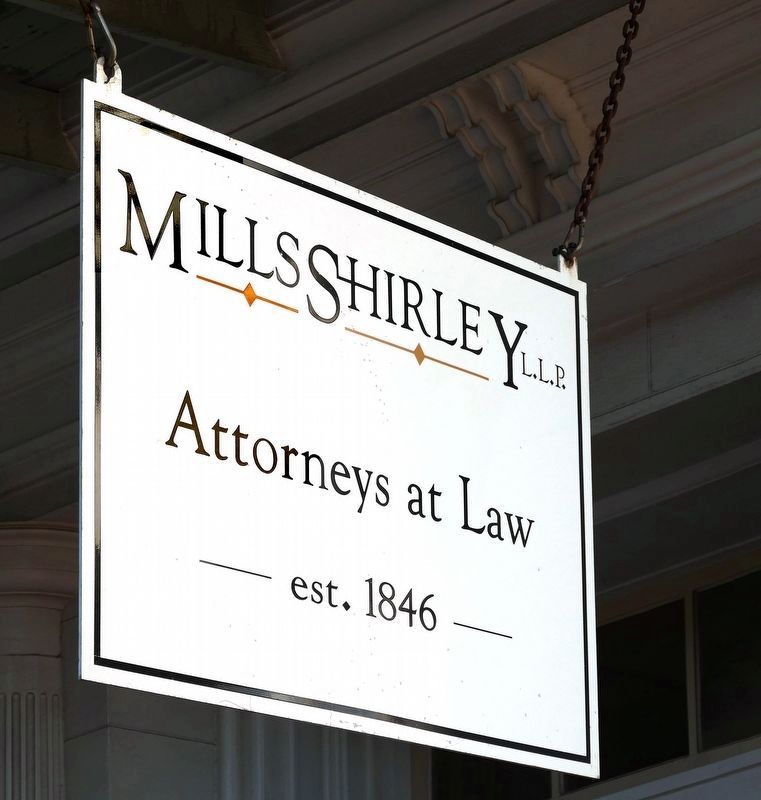 Editor’s want-list for this marker. A photo of the marker, now located inside of The Washington Building at 2228 Mechanic Street. • Can you help?
Share This Page.