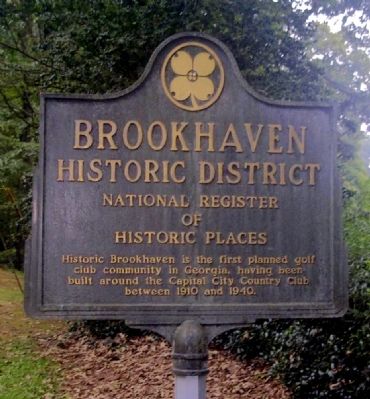 Historic Brookhaven is the first planned golf club community in Georgia, having been built around the Capital City Country Club between 1910 and 1940.

Topics. This historical marker is listed in these topic lists: Settlements & Settlers • Sports. A significant historical year for this entry is 1910.

Other nearby markers. At least 8 other markers are within 3 miles of this location, measured as the crow flies. A different marker also named Brookhaven Historic District (approx. 0.8 miles away); Solomon Goodwin’s Res. (approx. one mile away); Oglethorpe University (approx. 1.2 miles away); The Samuel House Plantation (approx. 1.4 miles away); Sardis Methodist Church (approx. 2.1 miles away); Old Cross Keys 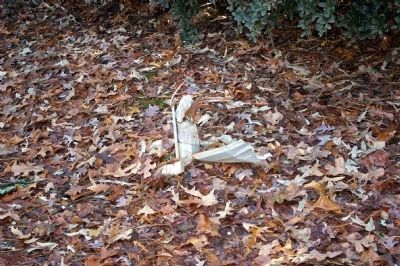 By David Seibert, December 11, 2008
2. Brookhaven Historic District Marker Pole
Only the base of the Marker pole remains; apparently it was hit by a vehicle.

Regarding Brookhaven Historic District. This is one of three identical Markers erected around the perimeter of the Capital City Golf course. 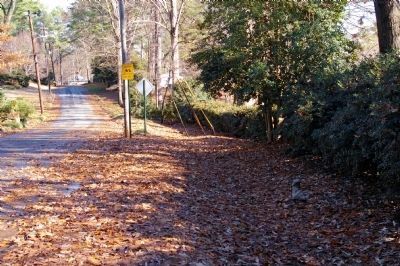