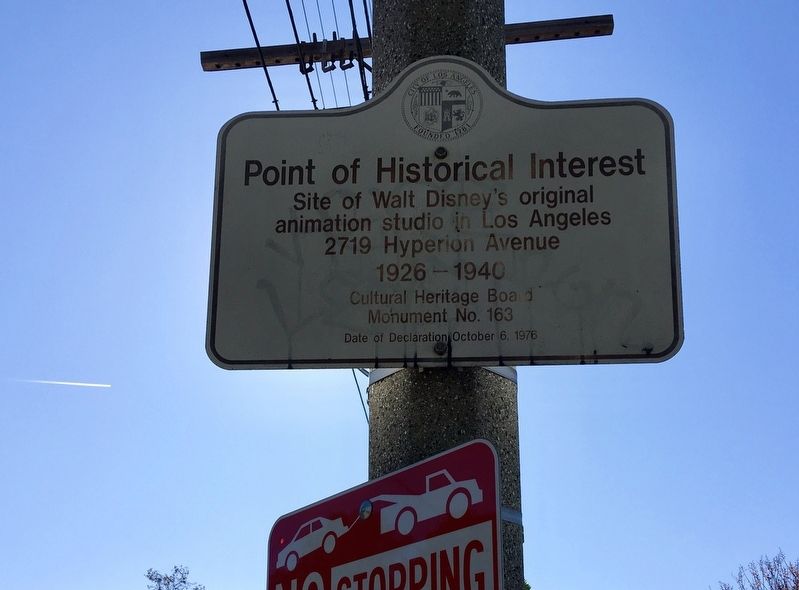 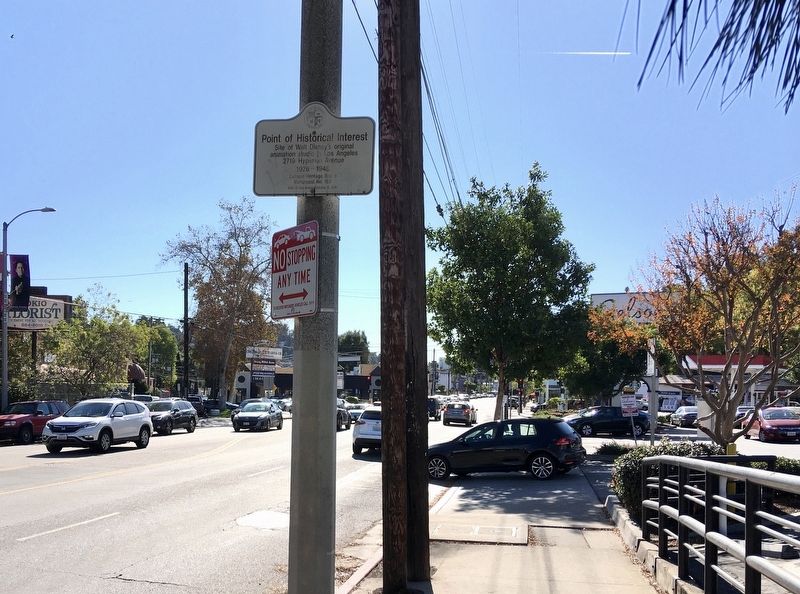 By Craig Baker, December 15, 2019
2. Disney Studio Site Marker
Disney opened the studio on Hyperion Avenue in January 1926, and named it the Walt Disney Studio. Over the years a number of buildings were constructed to house the growing staff. It was at the Hyperion Studio that Mickey Mouse was born, and Snow White and the Seven Dwarfs was produced. With the success of Snow White, Disney needed more space for production. They moved from Hyperion to Burbank in the 1940s. A few of the Hyperion buildings were moved to Burbank, but the remainder were sold, and 26 years later they were razed for a supermarket. Today, there’s a Gelson’s Market where the studio once stood. 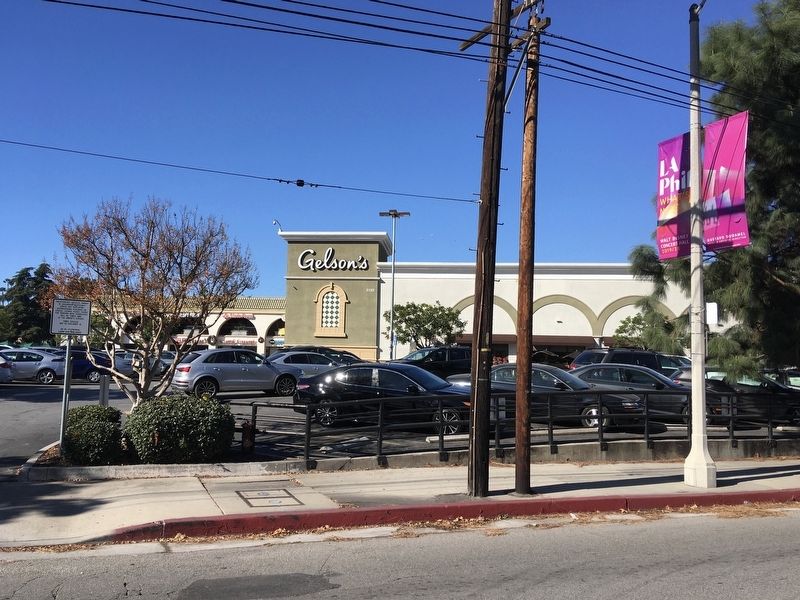