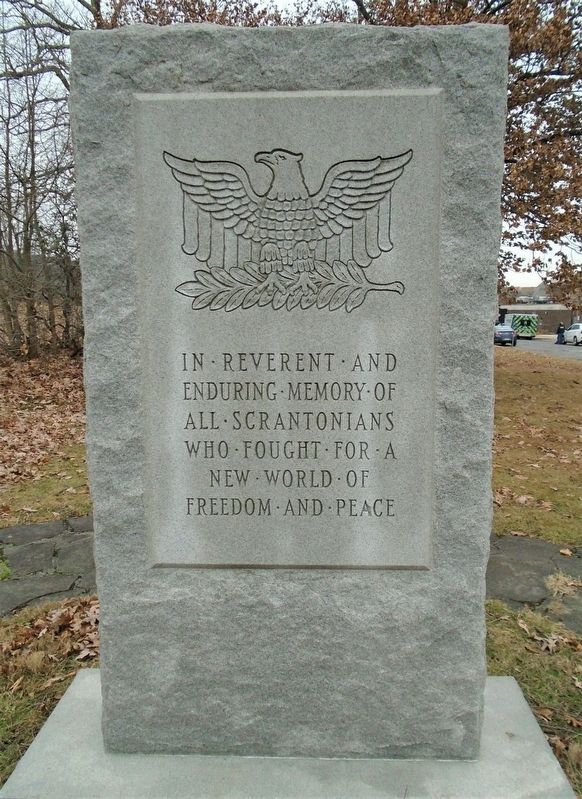 By William Fischer, Jr., December 16, 2019
1. War Memorial
Inscription.
War Memorial. .
In reverent and enduring memory of all Scrantonians who fought for a new world of freedom and peace. . This memorial is in Scranton in Lackawanna County Pennsylvania

Location. 41° 24.01′ N, 75° 38.72′ W. Marker is in Scranton, Pennsylvania, in Lackawanna County. Memorial is at the intersection of Mulberry Street and Arthur Avenue, on the right when traveling east on Mulberry Street. Monument is in Nay Aug Park. Touch for map. Marker is in this post office area: Scranton PA 18510, United States of America. Touch for directions. 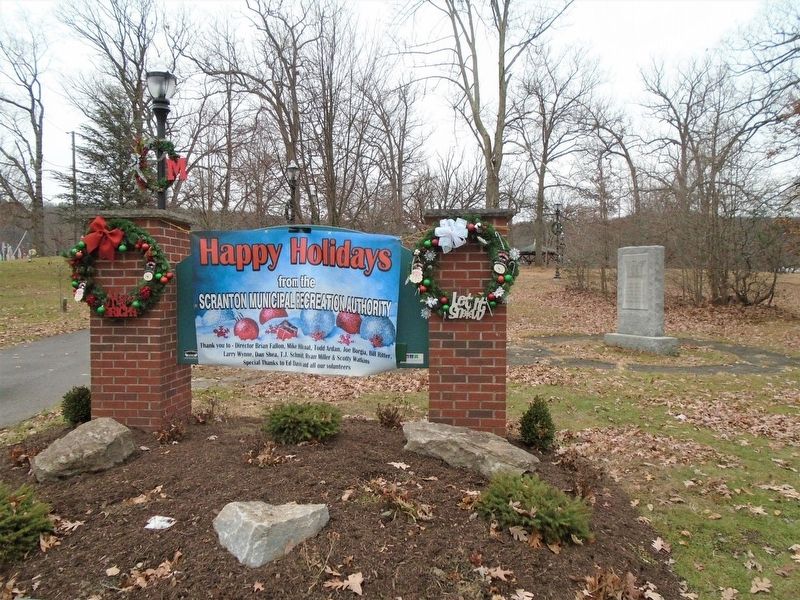