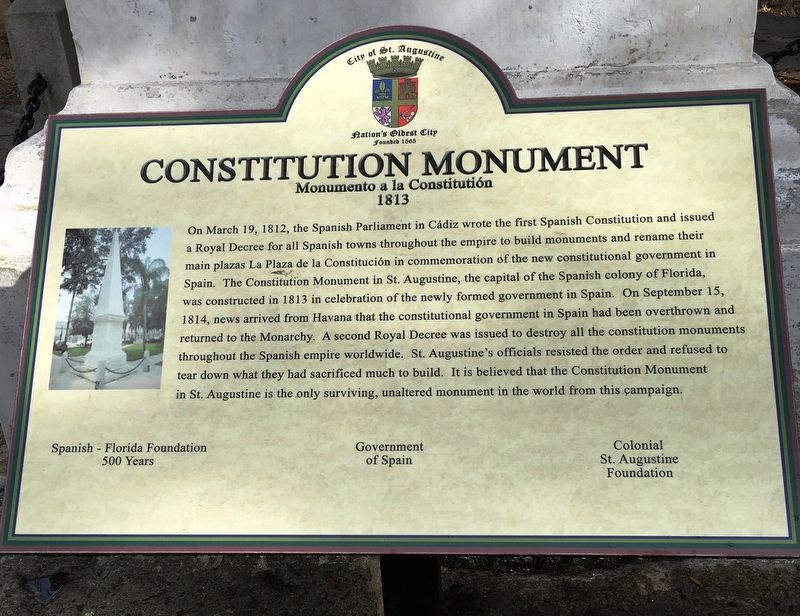 :
On March 19, 1812, the Spanish Parliament in Cadiz wrote the first Spanish Constitution and issued a Royal Decree for all Spanish towns throughout the empire to build monuments and rename their main plazas La Plaza de la Constitucion in commemoration of the new constitutional government in Spain. The Constitution Monument in St. Augustine, the capital of the Spanish colony of Florida, was constructed in 1813 in celebration of the newly formed government in Spain. On September 15, 1814, news arrived from Havana that the constitutional government in Spain had been overthrown and returned to the Monarchy. A second Royal Decree was issued to destroy all the constitution monuments throughout the Spanish empire worldwide. St. Augustine’s officials resisted the order and refused to teat down what they had sacrificed much to build. It is believed the Constitution Monument in St. Augustine is the only surviving, unaltered monument in the world from this campaign. 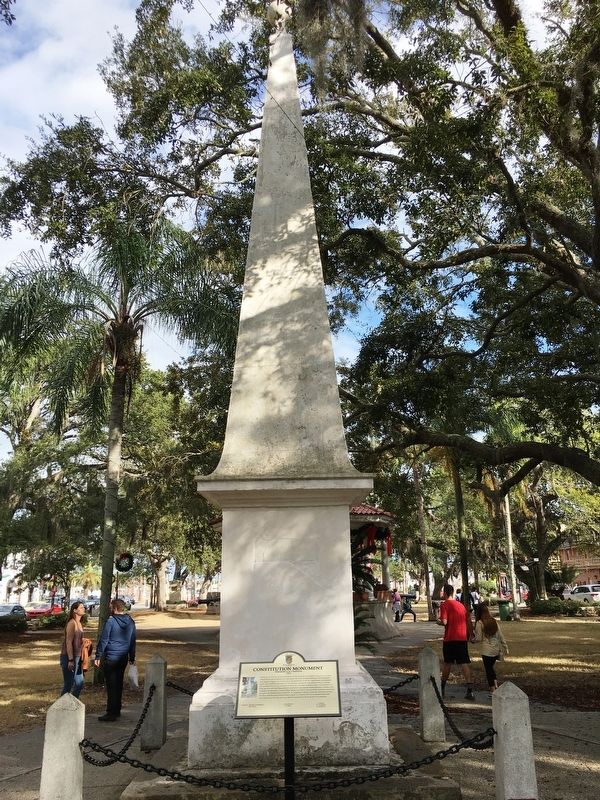 Topics. This historical marker and monument is listed in this topic list: Colonial Era.

Location. 29° 53.547′ N, 81° 18.751′ W. Marker is in St. Augustine, Florida, in St. Johns County. Marker is at the intersection of Cathedral Plaza and St. George Street, on the left when traveling west on Cathedral Plaza. Located within the Plaza de la Constitucion. Touch for map. Marker is in this post office area: Saint Augustine FL 32084, United States of America. Touch for directions.