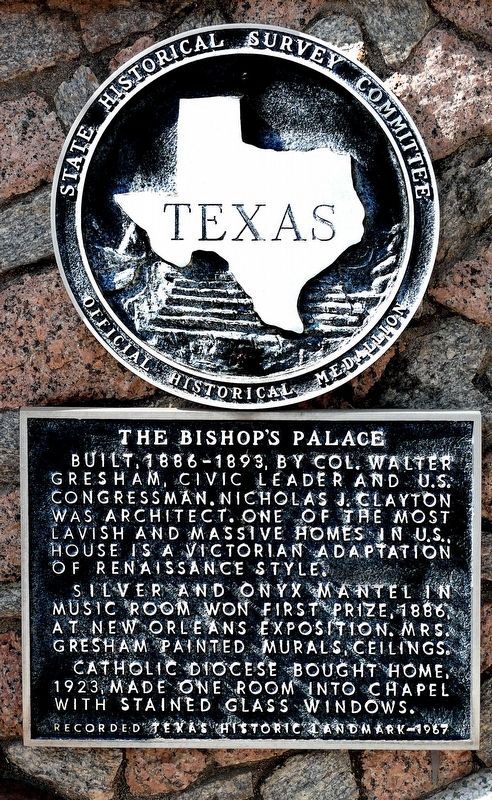 Built, 1886-1893, by Col. Walter Gresham, civic leader and U.S. Congressman. Nicholas J. Clayton was architect. One of the most lavish and massive homes in U.S., house is a Victorian adaptation of renaissance style.

Catholic Diocese bought home, 1923, made one room into chapel with stained glass windows.

Topics. This historical marker is listed in this topic list: Notable Buildings. A significant historical year for this entry is 1886.

Location. 29° 18.174′ N, 94° 46.926′ W. Marker is in Galveston, Texas, in Galveston County. Marker is at the intersection of Broadway (State Highway 87) and 14th Street, on the right when traveling west on Broadway. Marker is beside the front steps. Touch for map. Marker is at or near this postal address: 1402 Broadway, Galveston TX 77550, United States of America. Touch for directions. 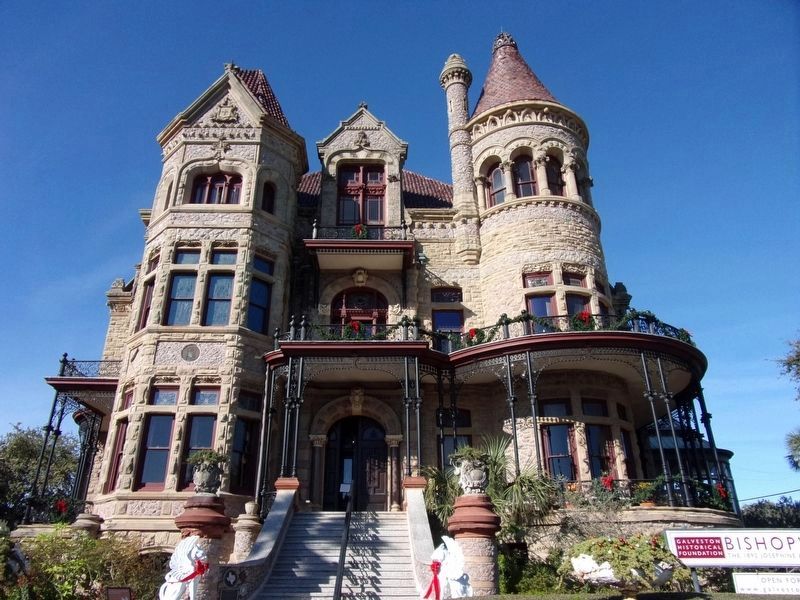 Photographed By Kayla Harper, December 26, 2019
2. The Bishop's Palace and Marker 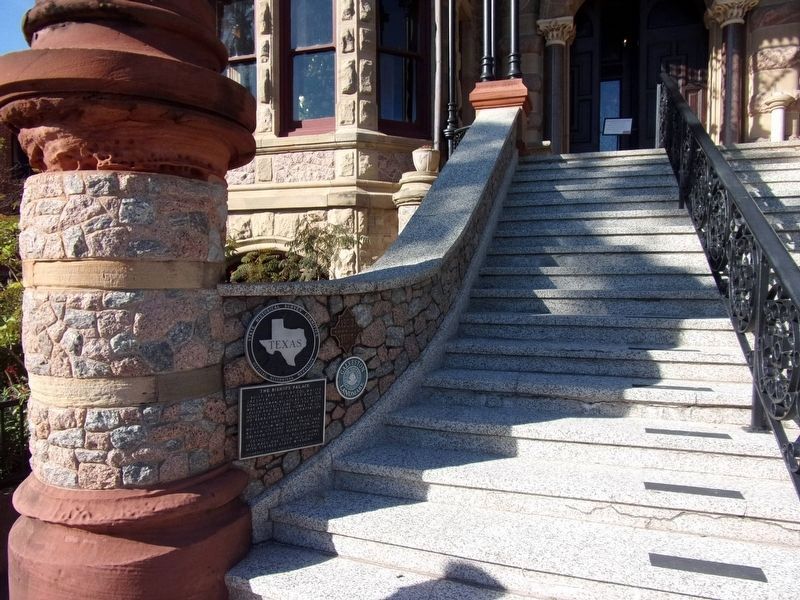 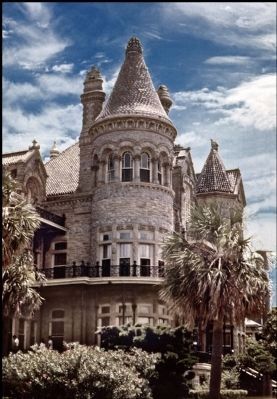 Photographed By Jim Evans, circa 1975
4. The Bishop's Palace Marker 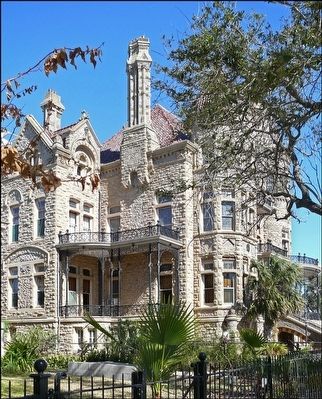