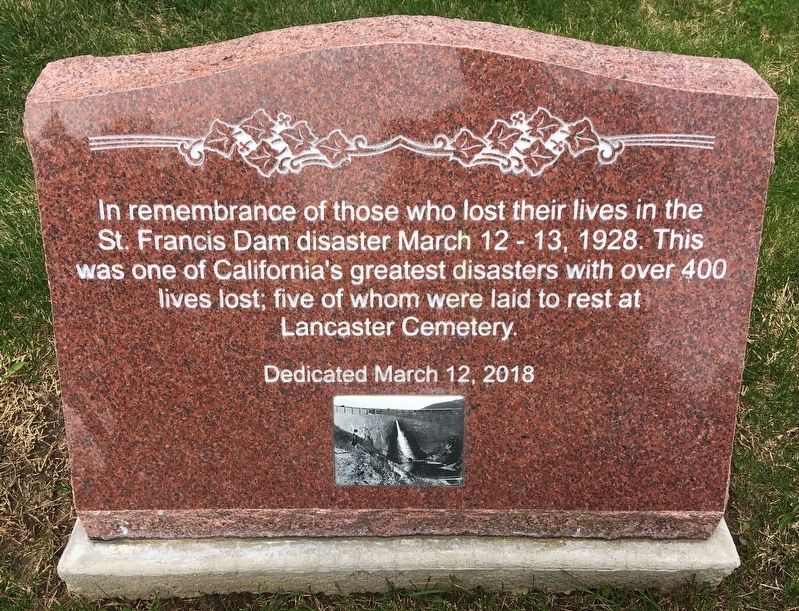 In remembrance of those who lost their lives in the St. Francis Dam disaster March 12-13, 1928. This was one of California’s greatest disasters with over 400 lives lost; five of whom were laid to rest at Lancaster Cemetery. 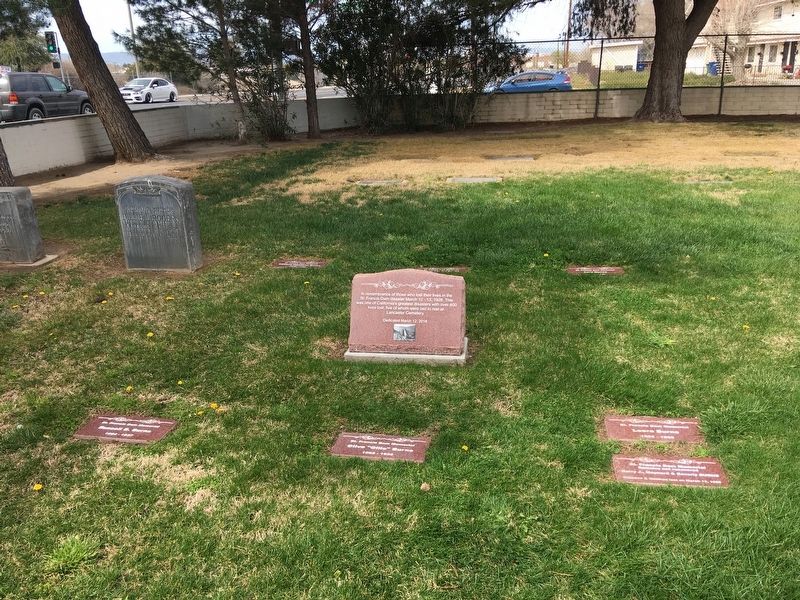 Regarding St. Francis Dam Disaster. The St. Francis Dam was constructed from 1924 to 1926, with a 12.5-billion-gallon capacity. At 11:57 pm on March 12, 1928, the dam failed, sending a 180-foot-high wall of water down San Francisquito Canyon to the Santa Clara River, reaching the Pacific Ocean near Ventura 5½ hours later. Over 400 people were killed. It was the second-worst disaster in California history, after the great San Francisco earthquake and fire of 1906, in terms of lives lost, and America's worst civil engineering failure of the 20th Century. On March 12, 2019, the Saint Francis Dam Disaster National Monument was established.

Related markers. Click here for a list of markers that are related to this marker. — St. Francis Dam Disaster Sites. 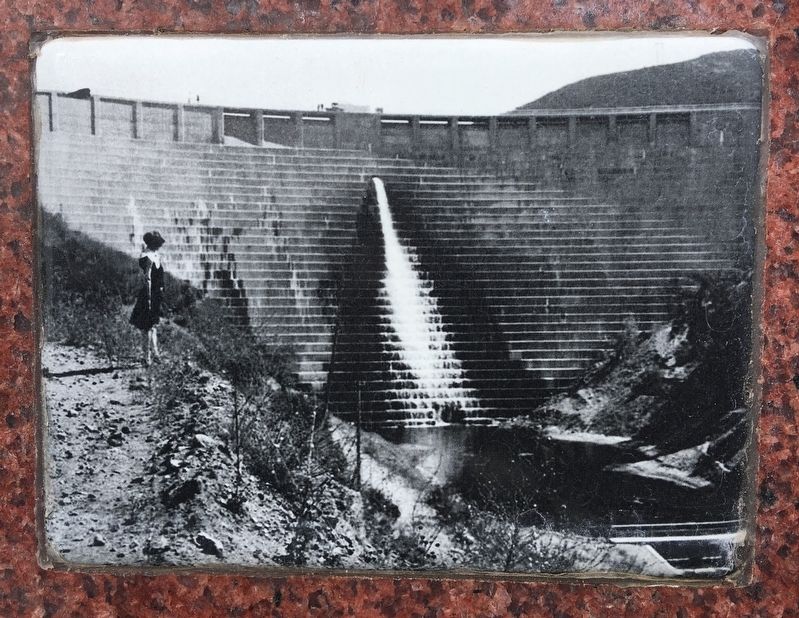 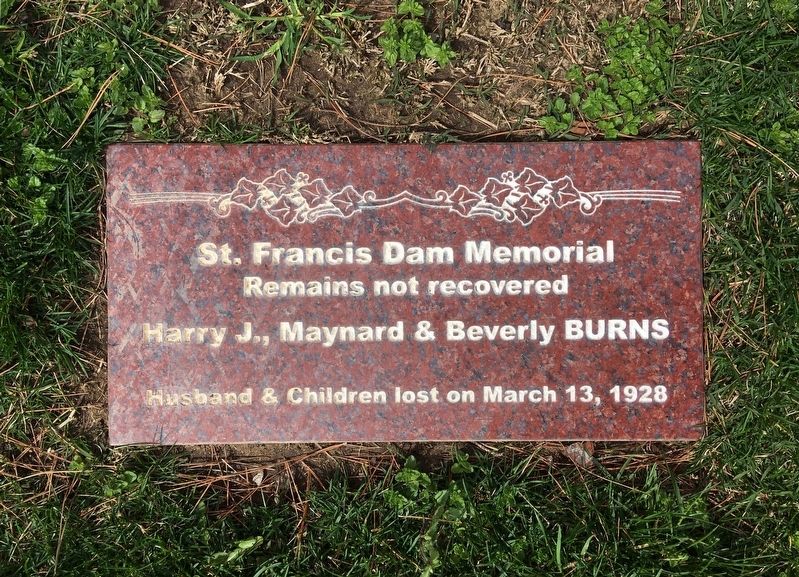 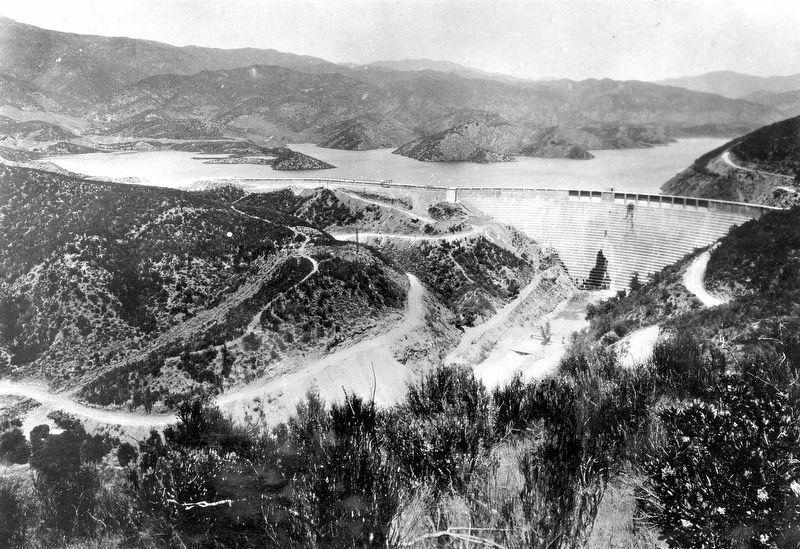