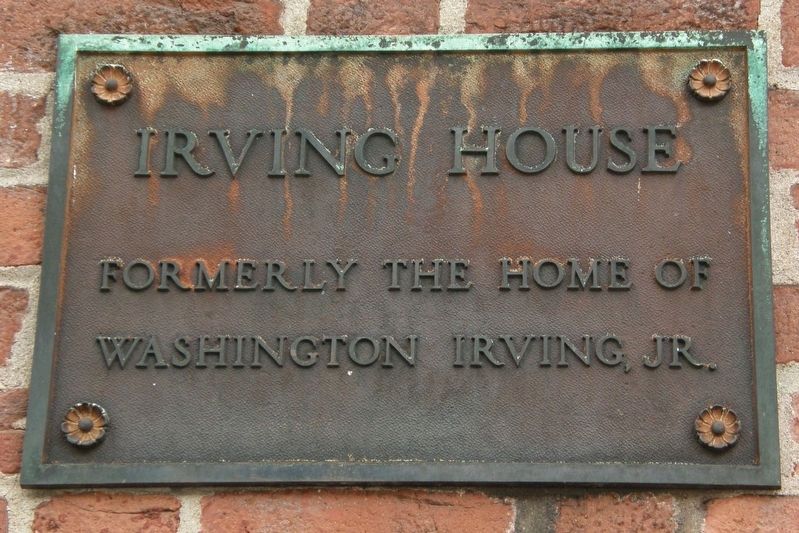 Regarding Irving House. This plaque is a mystery because it has not been possible to ascertain just who Washington Irving, Jr. was. After the death of his fiancée, Washington Irving never married. His father was William Irving, 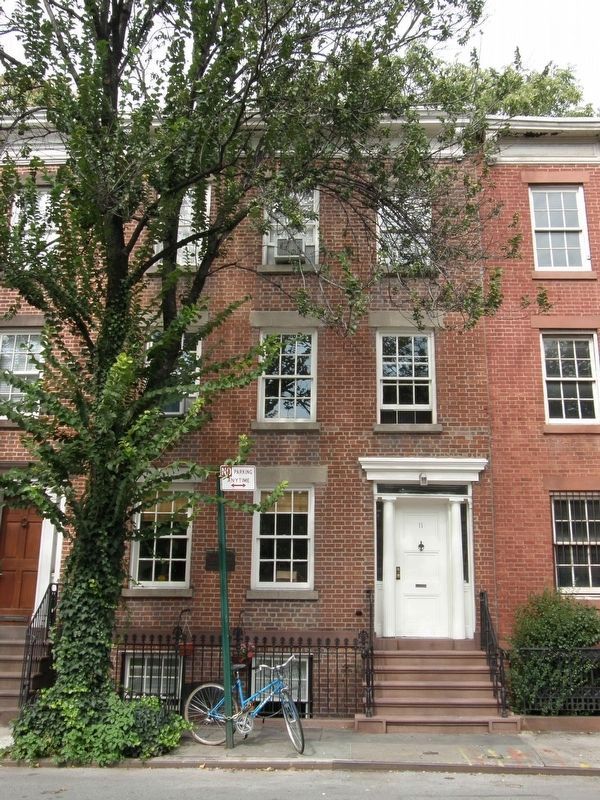 By Larry Gertner, October 1, 2008
2. Irving House
11 Commerce Street. The plaque is between the windows.
Sr., so the plaque cannot refer to the author of The Legend of Sleepy Hollow .
The house was inhabited at some point by one of Washington's three sisters, and some incorrectly claim that work was written here; but no Washington Irving, Jr. appears among the descendants.
11 Commerce Street has recently been set forth for consideration as a New York City Designated Landmark for its architectural value.