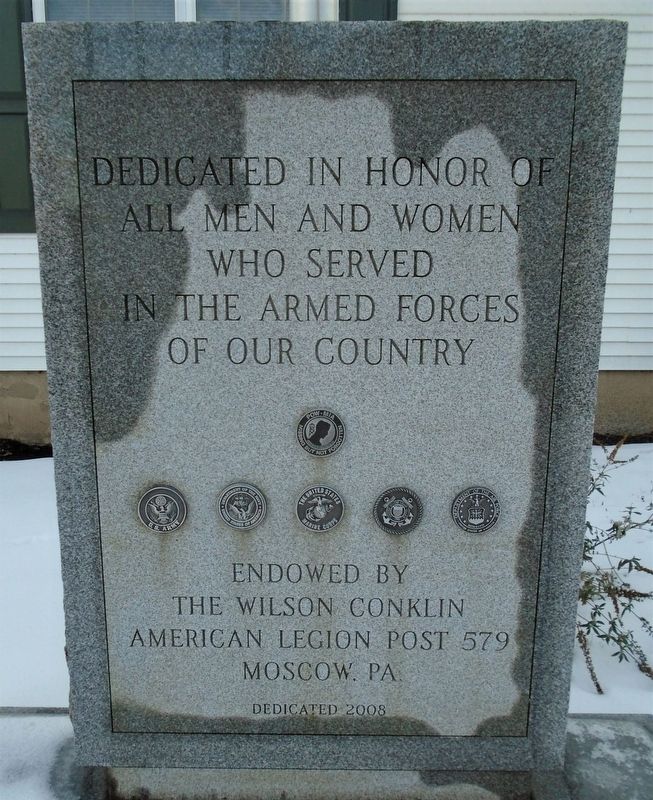 By William Fischer, Jr., December 25, 2019
1. Veterans Memorial
Inscription.
Veterans Memorial. .
Dedicated in honor of all men and women who served in the Armed Forces of our country

[POW/MIA Emblem] [Armed Forces Emblems]. . This memorial was erected in 2008 by Wilson Conklin American Legion Post 579. It is in Moscow in Lackawanna County Pennsylvania

Location. 41° 20.15′ N, 75° 31.205′ W. Marker is in Moscow, Pennsylvania, in Lackawanna County. Marker is on Van Brunt Street west of Main Street (Pennsylvania Route 435), on the left when traveling west. Monument is on the borough municipal building grounds. Touch for map. Marker is at or near this postal address: 123 Van Brunt Street, Moscow PA 18444, United States of America. Touch for directions. 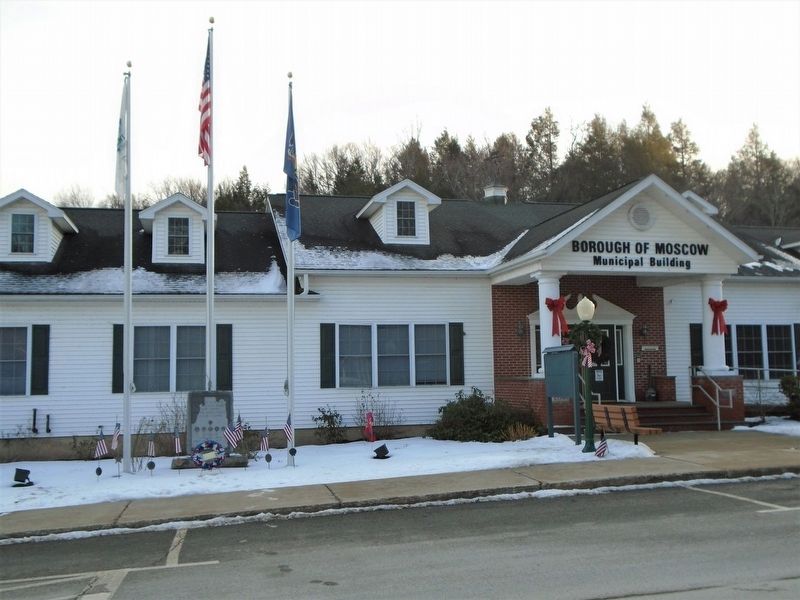