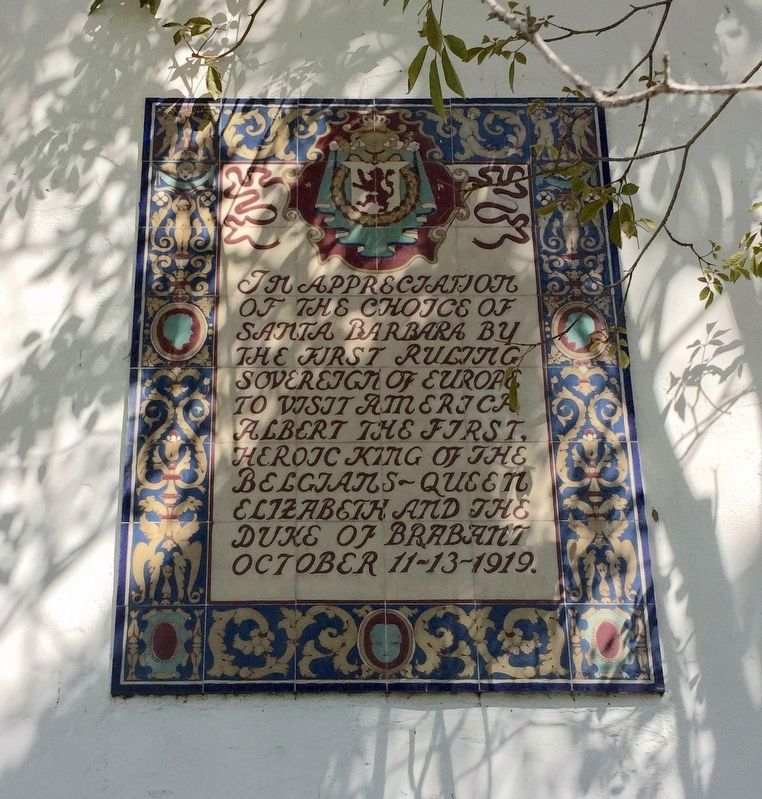 In appreciation of the choice of Santa Barbara by the first ruling sovereign of Europe to visit America, Albert the First, heroic King of the Belgians - Queen Elizabeth and the Duke of Brabant October 11-13-1919.

Topics. This historical marker is listed in this topic list: Notable Events. A significant historical date for this entry is October 11, 1919. 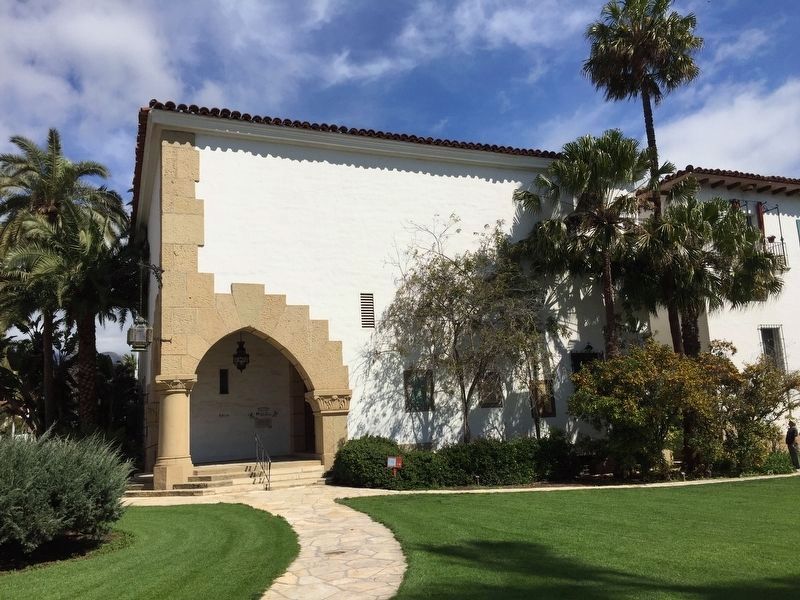 By Andrew Ruppenstein, March 4, 2019
2. First Ruling Sovereign of Europe to Visit America Marker - wide view
The marker is located at the westernmost portion of the Santa Barbara County Courthouse, and may be difficult to see at times because trees were planted directly in front of the marker.

Click or scan to see
this page online
(about 400 feet away, measured in a direct line); Myron Hunt (about 600 feet away); Janssens-Orella Adobe House Site (approx. 0.2 miles away). Touch for a list and map of all markers in Santa Barbara.

Also see . . .
1. Royalty Visits Santa Barbara (Santa Barbara Independent, Feb. 28, 2018). "Some 5,000 Santa Barbarans gathered at the depot on October 11, 1919, to meet King Albert and Queen Elisabeth of Belgium. The two were unassuming people and loved to mingle with the locals with a lack of security unthinkable today....The entire city was entranced by the openness and energy of the Belgians. A short time after the visit, the City Council decreed that a portion of what is now Alameda Padre Serra be named King Albert Boulevard. That section of road became part of APS in 1932. The next crowned head of Europe would visit 51 years later, when Queen Elizabeth was honored by the city." (Submitted on December 30, 2019.)