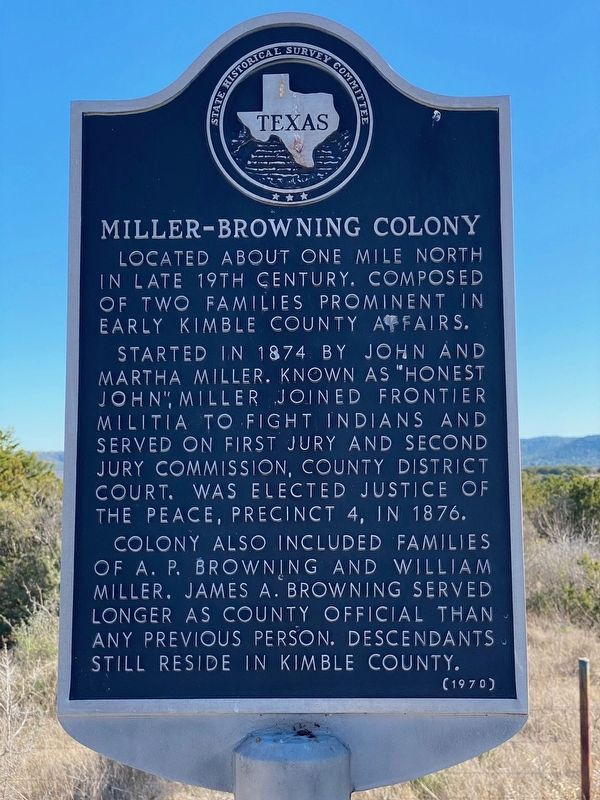 Started in 1874 by John and Martha Miller. Known as "Honest John", Miller joined frontier militia to fight Indians and served on first jury and second jury commission, County District Court. Was elected Justice of the Peace, Precinct 4, in 1876.

Other nearby markers. At least 8 other markers are within 5 miles of this marker, measured as the crow flies. Cloud Point (here, next to this marker); The Oliver Pecan (approx. 2.2 miles away); 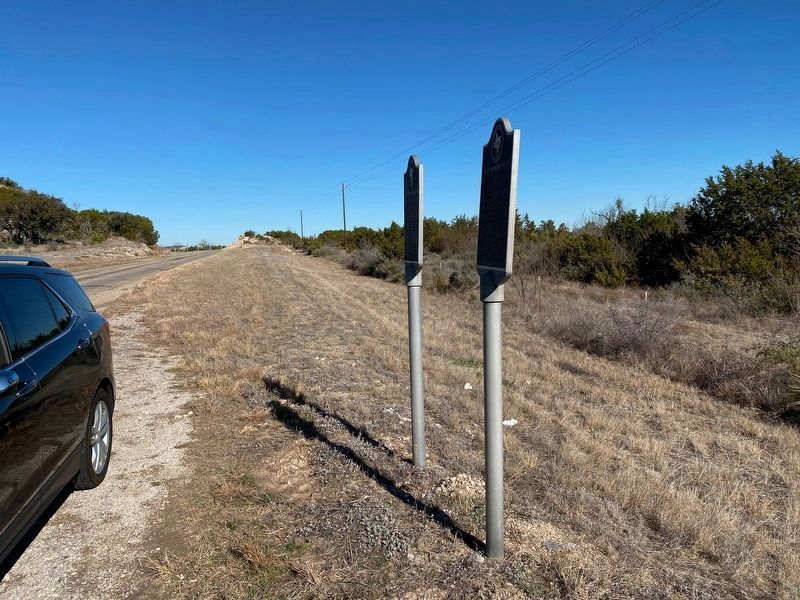