Building A Place to Live 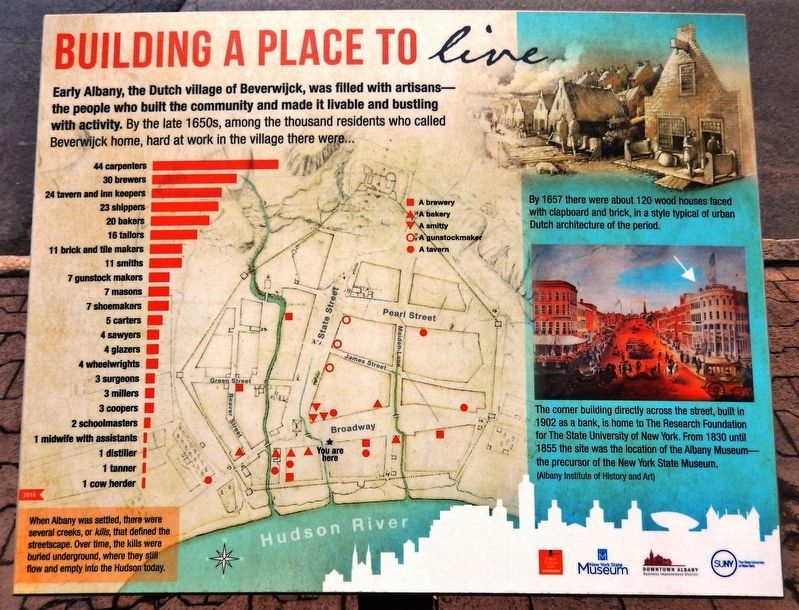 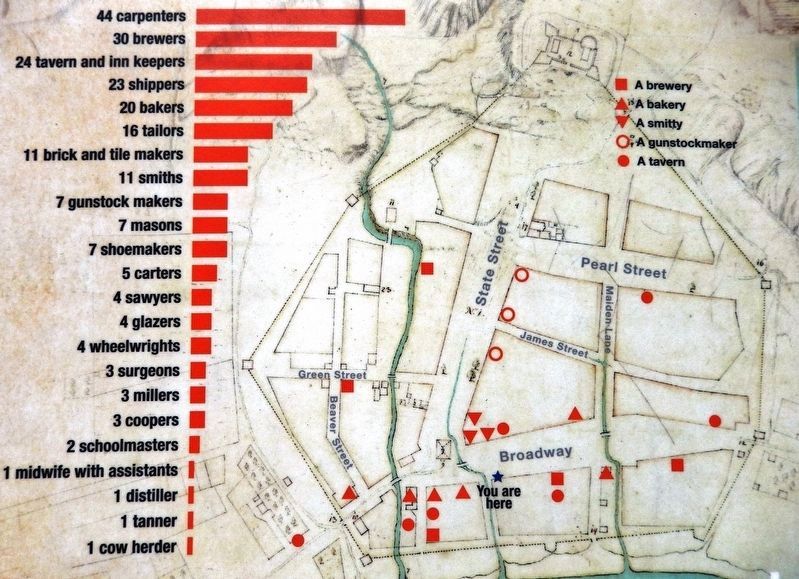 2. Marker detail: Albany in the late 1650's
When Albany was settled, there were several creeks, or kills, that defined the streetscape. Over time, the kills were buried underground, where they still flow and empty into the Hudson today.
Street (New York State Route 5), on the right when traveling north. Marker is located along the sidewalk. Touch for map. Marker is in this post office area: Albany NY 12207, United States of America. Touch for directions. 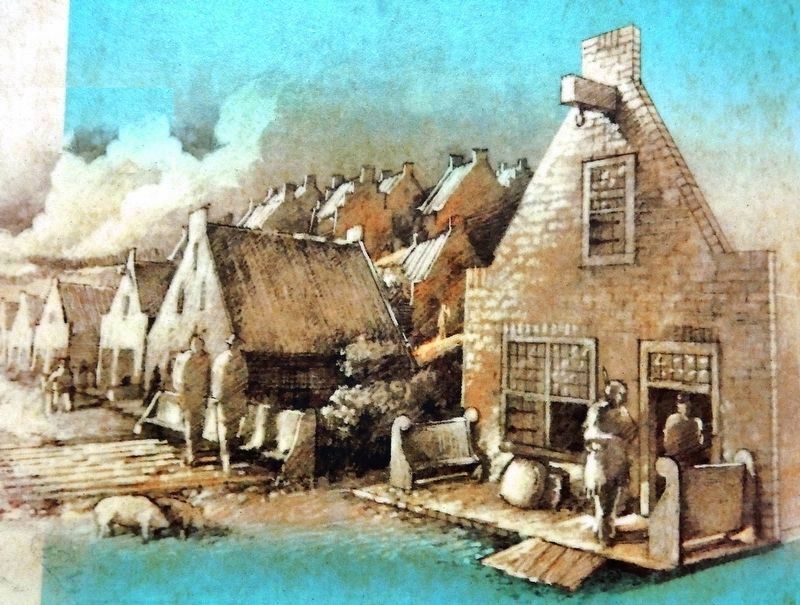 3. Marker detail: By 1657 there were about 120 wood houses faced with clapboard and brick
This style was typical of urban Dutch architecture of the period. 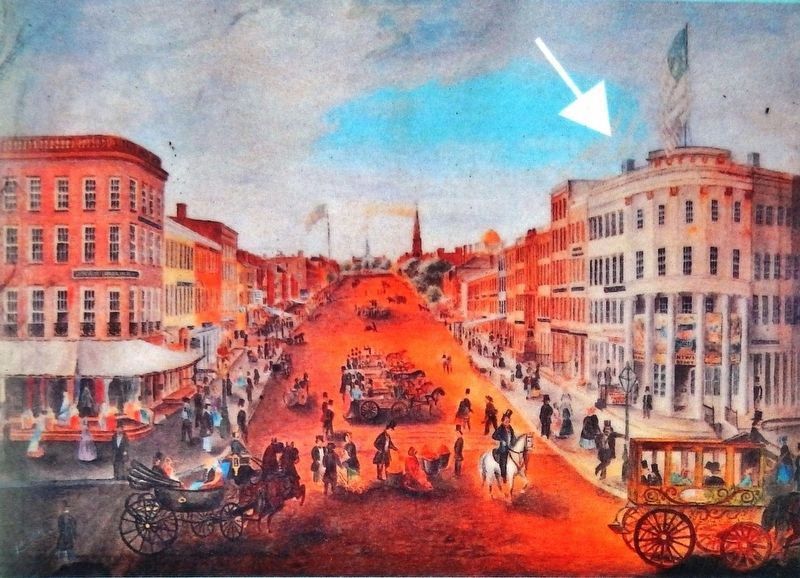 Courtesy Albany Institute of History and Art
4. Marker detail: The corner building directly across the Broadway
The corner building directly across the street, built in 1902 as a bank, is home to The Research Foundation for The State University of New York. From 1830 until 1855 the site was the location of the Albany Museum the precursor of the New York State Museum. 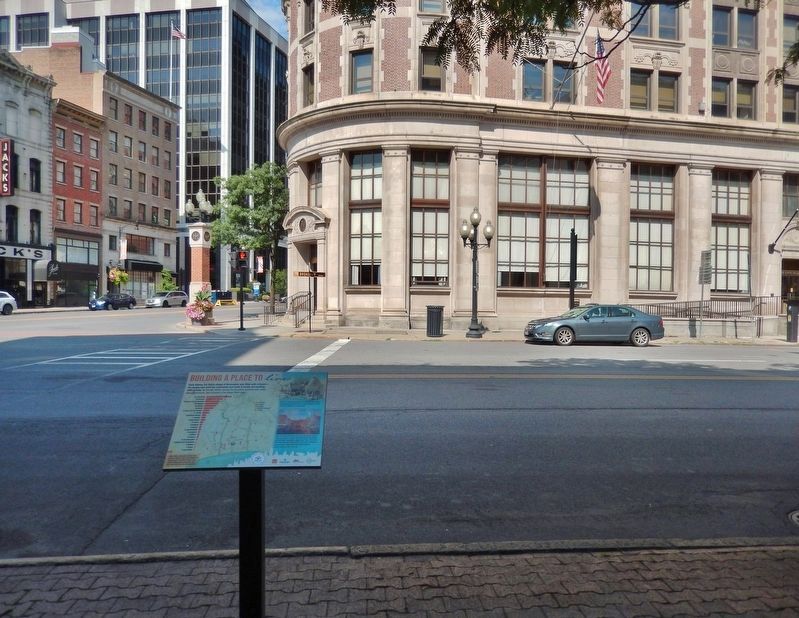 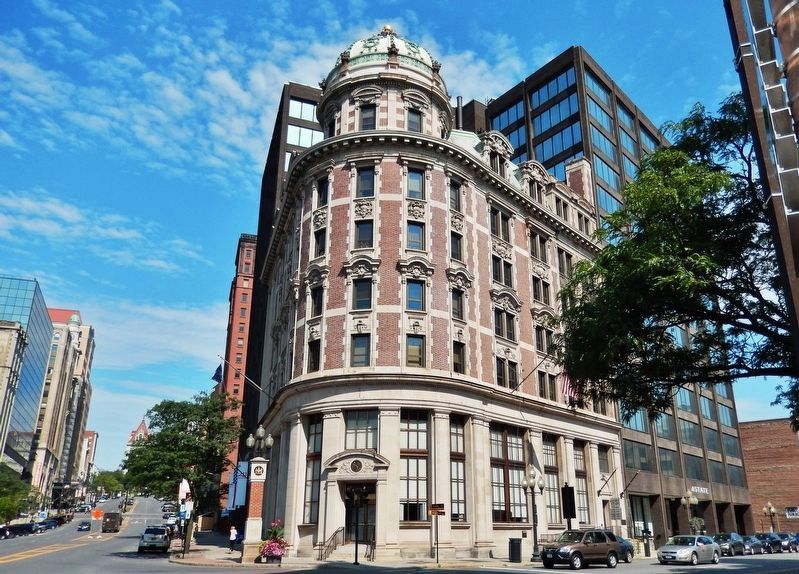