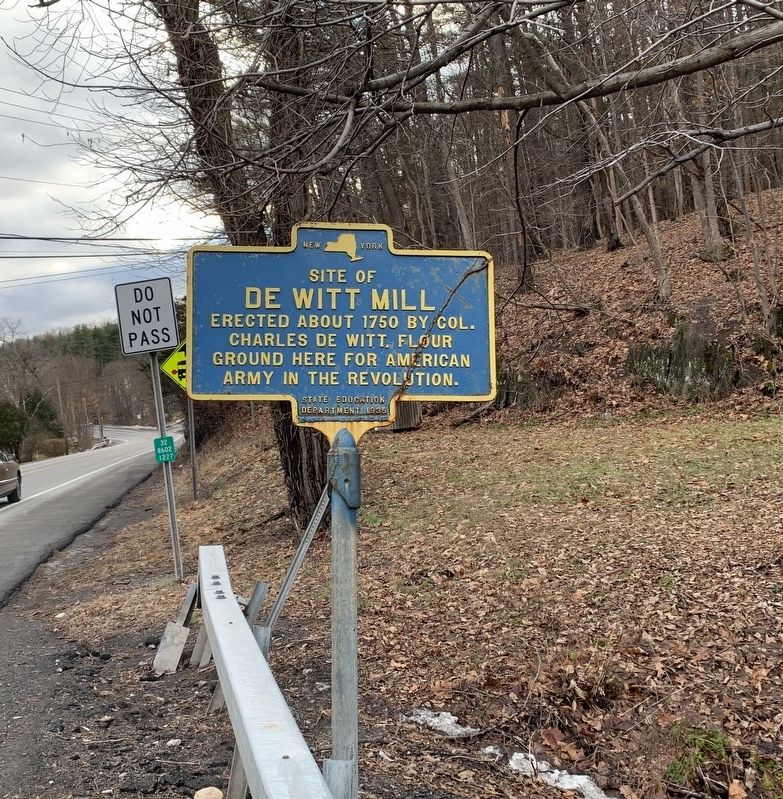 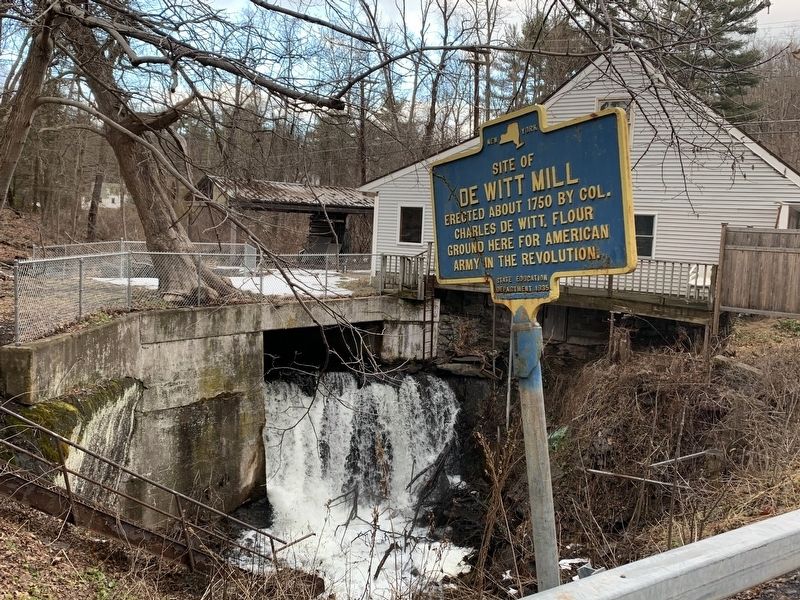 By Steve Stoessel
2. De Witt Mill Marker
DeWitt supplied a great deal of flour to the Continental Army from his grist mill on the Greenkill. He died on August 27, 1787 in Kingston, New York. He left the mill to his son Gerret, who expanded it in 1806, and the water-powered mill would continue in operation until 1922.