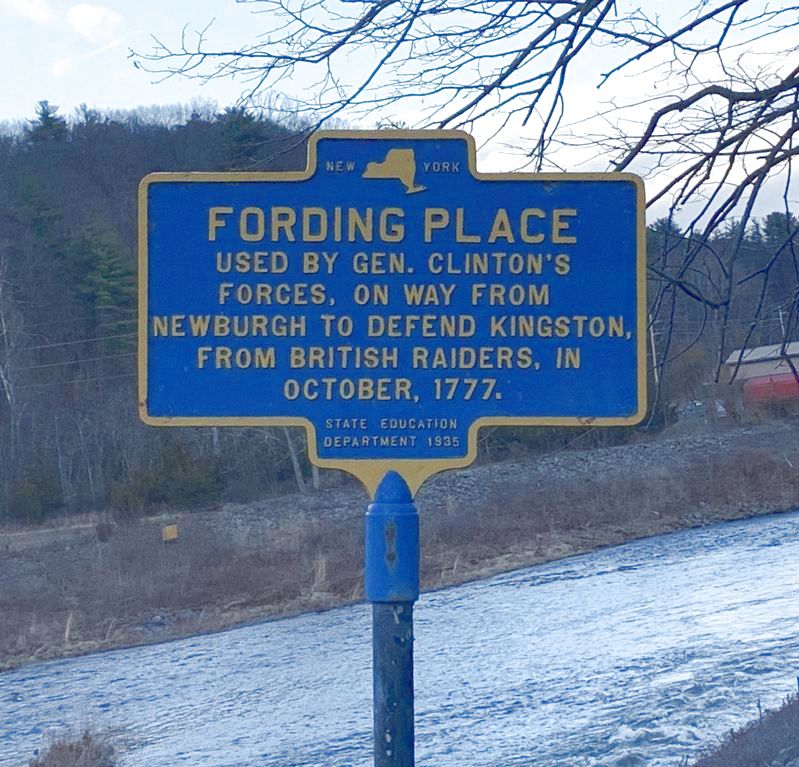 By Steve Stoessel, January 1, 2020
1. Fording Place Marker
Inscription.
Fording Place. .
Used by Gen. Clinton's forces, on way from Newburgh to defend Kingston, from British raiders, in October, 1777.. . This historical marker was erected in 1935 by State Education Department. It is in Rosendale in Ulster County New York

Used by Gen. Clinton's
forces, on way from
Newburgh to defend Kingston,
from British raiders, in
October, 1777.

Regarding Fording Place. The British conducted 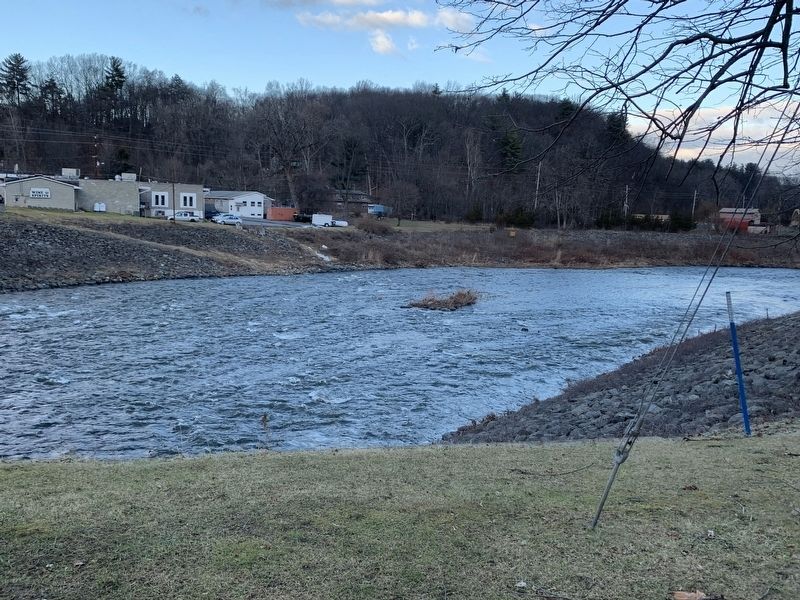 By Steve Stoessel
2. Fording Place Across Rondout Creek
As seen from the marker.
several attacks upriver from New York City in October 1777 in an effort to relieve Gen. Burgoyne in Saratoga. The British succeeded in seizing Forts Montgomery and Clinton
(near Bear Mountain) on Oct. 5. Gen. George Clinton, commander of American forces on the western side of the Hudson, chose to retreat north to defend Kingston. Kingston was attacked and burned on Oct. 15, but the attacks had no influence on events in Saratoga.