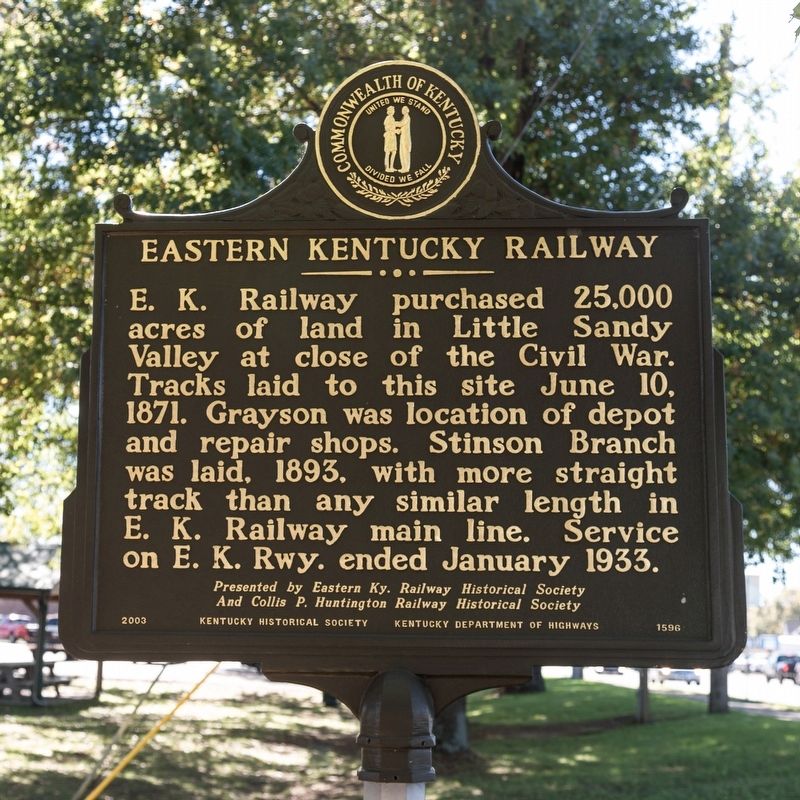 Location. 38° 19.983′ N, 82° 56.708′ W. Marker is in Grayson, Kentucky, in Carter County. Marker is on Carol Malone Boulevard (Kentucky Route 7) just north of East 2nd Street, on the right when traveling north. It is in the small park at the old depot. Touch for map. Marker is in this post office area: Grayson KY 41143, United States of America. Touch for directions.

Other nearby markers. At least 8 other markers are within 7 miles of this marker, measured as the crow flies. A Masterful Retreat (approx. 0.2 miles 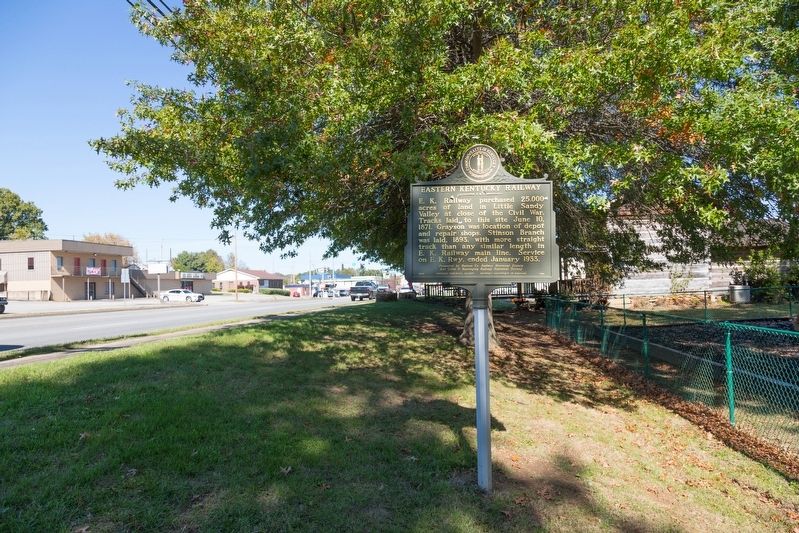 Grayson was at one time known as the Crossroads, but was renamed Grayson in 1838 after Colonel William Grayson, who owned a considerable amount of land in the area. Thirty-four years later, as the Indian Wars continued in the west, the Eastern Kentucky Railway added 10.37 miles of track to Grayson. Stops were added at Hopewell and two miles north of Grayson at Pactolus. Land values climbed, coal mines opened, mills were built, and investment possibilities were in all directions. The general offices of the Eastern Kentucky Railway remained at Riverton, but the shops were moved from Hunnewell to Grayson and enlarged. The shops for the E.K.R.Y. were located right downtown.