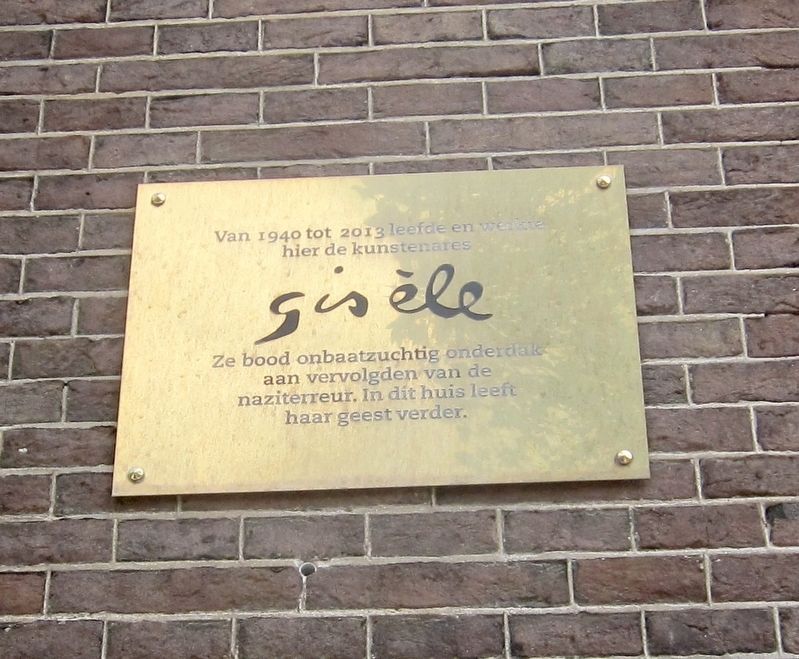 By Andrew Ruppenstein, June 17, 2017
1. Gisèle Marker
Inscription.
(English translation:) From 1940 to 2013 here lived and worked the artist, Gisele. She selflessly offered accommodation to those persecuted by the Nazi terror. In this house her spirit lives on. . This historical marker was erected in 2016. It is in Amsterdam North Holland Netherlands 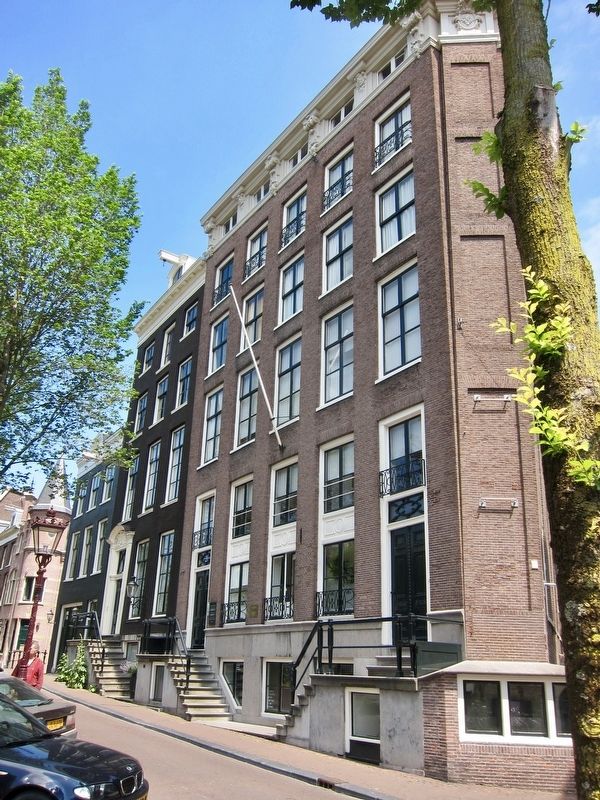 Also see . . .
1. Gisèle d’Ailly van Waterschoot van der Gracht (Wikipedia). "Gisèle d’Ailly van Waterschoot van der Gracht (1912-2013), also known by the mononym Gisèle, was a Dutch visual artist. During World War II, she operated a safe house out of her home for a group of young Jewish people in Amsterdam....In 1940, van Waterschoot rented a small apartment on the third floor of the building Herengracht 401 in central Amsterdam. Soon after, the Nazi occupation of the Netherlands began. For the duration of the war, van Waterschoot secretly housed several people in her apartment including Wolfgang Frommel (a German poet, who was not Jewish), Jewish teenager Claus Victor Bock, Jewish writer Friedrich W. Buri, and others. While in hiding, the group of artists and writers codenamed their shelter "Castrum 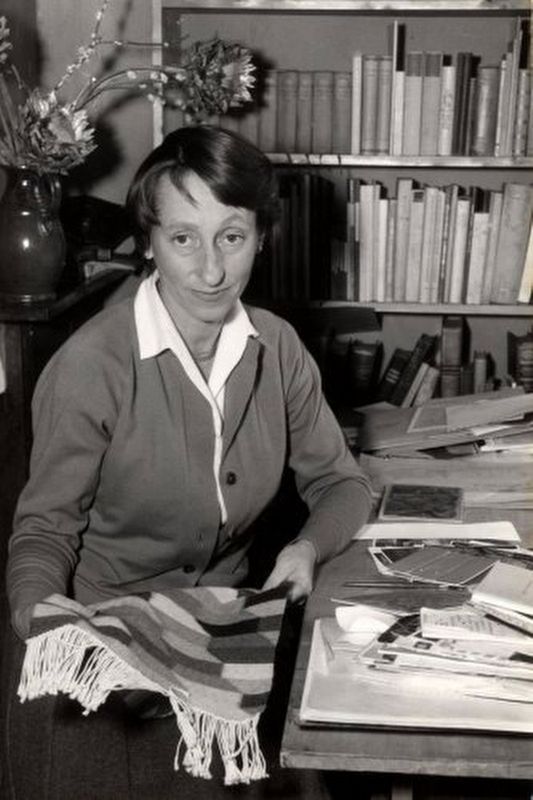 Harry Pot (courtesy of the Nationaal Archief NL, via Wikimedia Commons, under CC license 1.0), September 3, 1957
3. Dutch artist Gisèle van Waterschoot van der Gracht
Peregrini" and covertly studied art and literature. The members of the group survived the war. After the end of World War II, van Waterschoot bought the apartment building to convert to a single home where she lived and worked on and off for the rest of her life. She later donated the building to the Castrum Peregrini foundation, which operates as a cultural center." (Submitted on January 14, 2020.)

2. Onderduikadres aan Herengracht opengesteld voor publiek (YouTube, 2016, in Dutch, 2 min.). Short newsclip in Dutch on the opening of the house to the public, with interior shots, an explanation of how Gisèle hid various artists during WW II, and a quick shot of the unveiling of the marker at the end. (Submitted on January 14, 2020.)