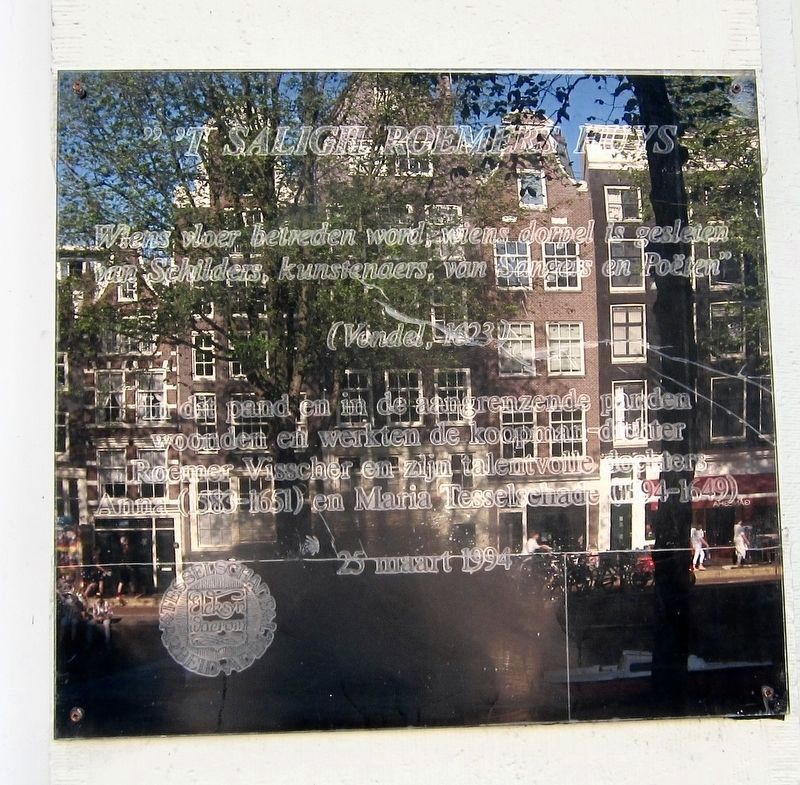 By Andrew Ruppenstein, June 17, 2017
1. " 'T Saligh Roemers Huys / The Delightful House of Roemer Marker
Note that the marker is highly reflective - the building visible as the markers "background" is actually behind the viewer and across the canal.
Inscription.
(English translation:)

"The delightful House of Roemer, where upon entrance one encounters a threshold worn down by Painters, Artists, and by Singers and Poets" - Vondel, 1623

In this and the neighboring buildings lived and worked the merchant-poet Roemer Visscher and his talented daughters, Anna (1583-1681) and Maria Tesselschade (1594-1649). . This historical marker was erected in 1994 by Tesselschade-Arbeid Adelt. It is in Amsterdam North Holland Netherlands