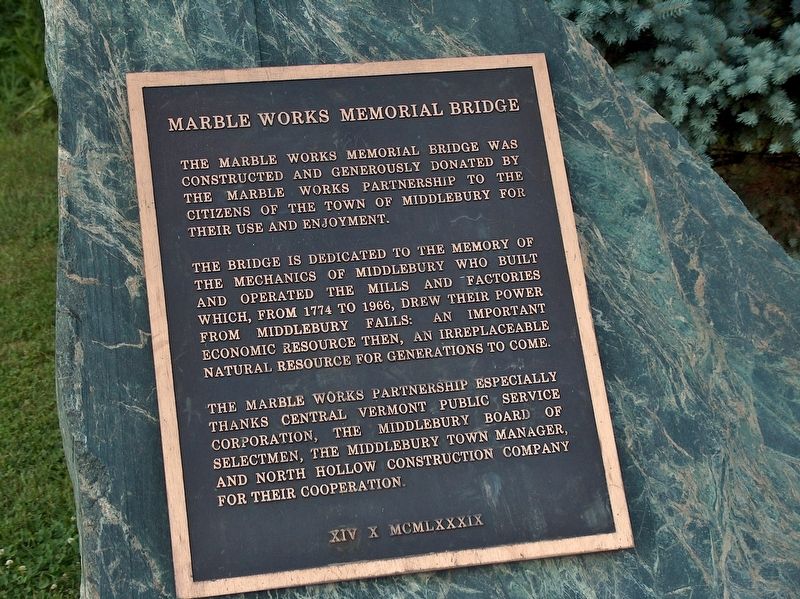 The Marble Works Memorial Bridge was constructed and generously donated by the Marble Works Partnership to the citizens of the town of Middlebury for their use and enjoyment.

The bridge is dedicated to the memory of the mechanics of Middlebury who built and operated the mills and factories which, from 1774 to 1966, drew their power from Middlebury Falls: an important economic resource then, an irreplaceable natural resource for generations to come.

The Marble Works Partnership especially thanks Central Vermont Public Service Corporation, the Middlebury Board of Selectmen, the Middlebury Town Manager, and North Hollow Construction Company for their cooperation.

Location. 44° 0.8′ N, 73° 10.188′ W. Marker is in Middlebury, Vermont, in Addison County. Marker can be reached from Mill Street just west of Park Street, on the right when traveling west. Marker is located beside the walkway, on the south side of Otter Creek, at the south end of the subject bridge. Touch for map. Marker is at or near this postal address: 3 Mill Street, Middlebury VT 05753, United States of America. Touch for directions. 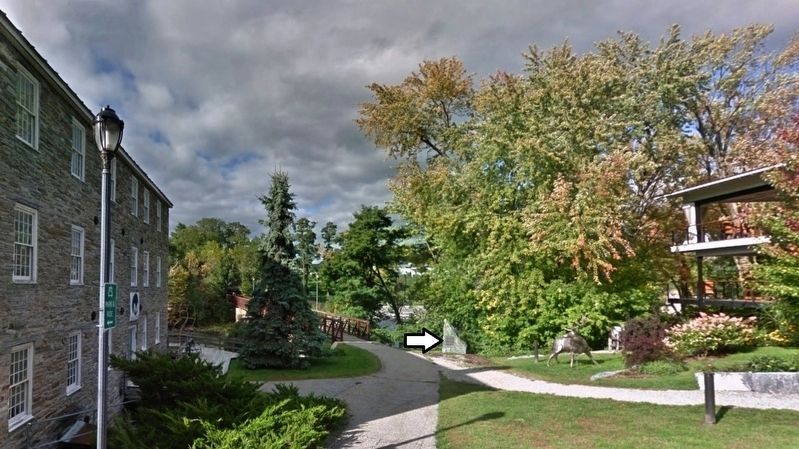 Also see . . .
1. A Walking History of Middlebury. In 1774 on the east bank of Otter Creek at Middlebury Falls, Abisha Washburn built a sawmill which was subsequently destroyed during the Revolution. Gamaliel Painter joined Washburn in rebuilding the mill in 1784-85 and claimed an adjoining fifty-acre mill lot for himself. When Washburn's new mill was swept away in the spring freshet of 1786, Painter took over the mill business altogether along with Washburn's fifty acres. (Submitted on January 15, 2020, by Cosmos Mariner of Cape Canaveral, Florida.)

2. Middlebury, Vermont History (Wikipedia). Landowners vied for the lucrative honor of having the village center grow on their properties. A survey dispute with Salisbury led to the forfeiture of Gamaliel Painter's farm to that town, and his transition from farming to developing Middlebury Village near his and 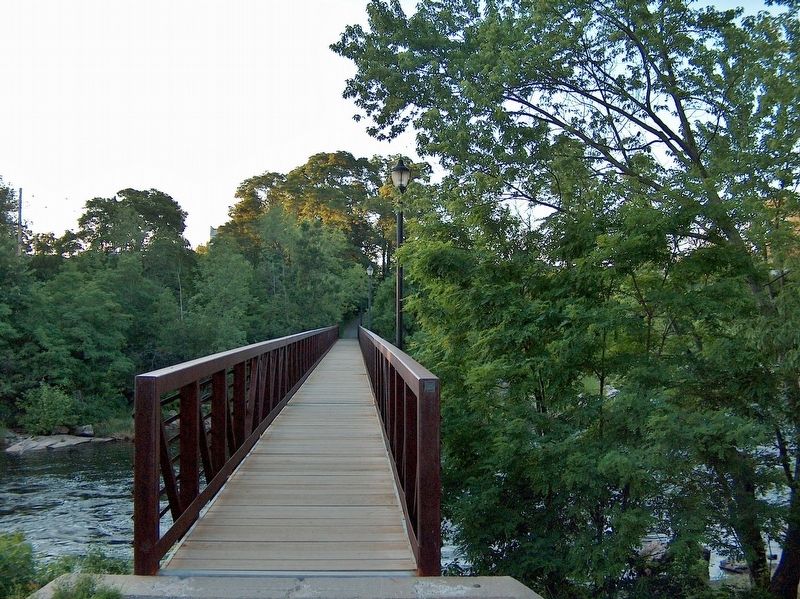 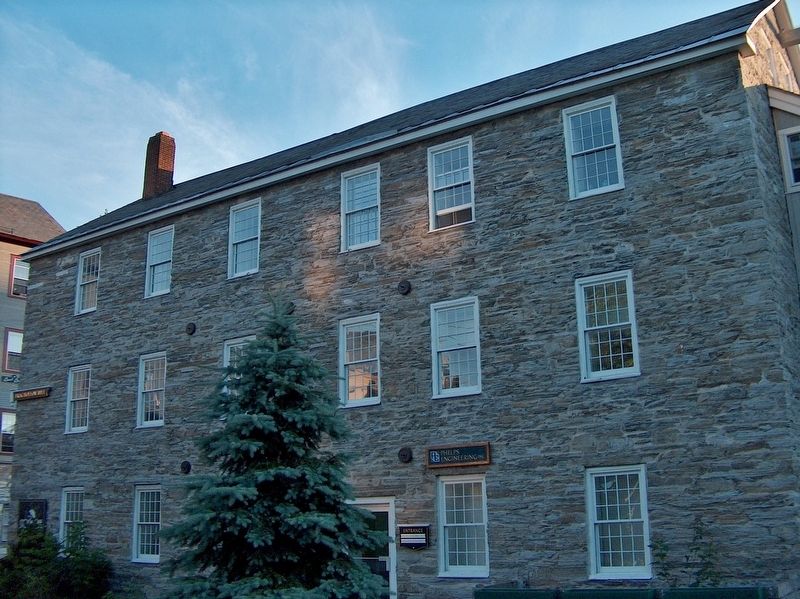 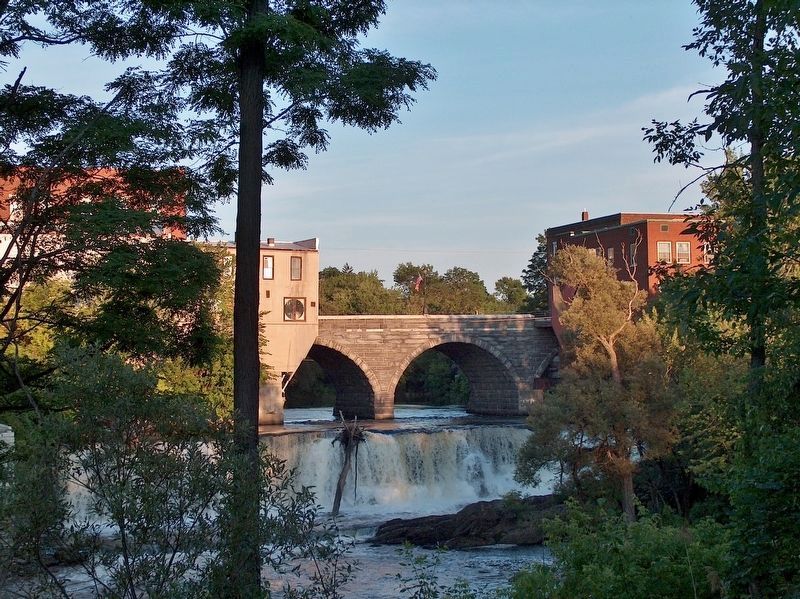