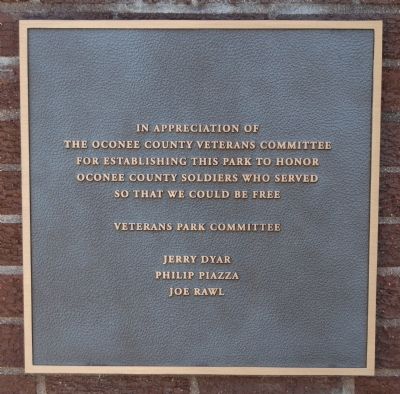 In appreciation of
the Oconee County Veterans Committee
for establishing this park in honor
Oconee County soldiers who served
so that we could be free. 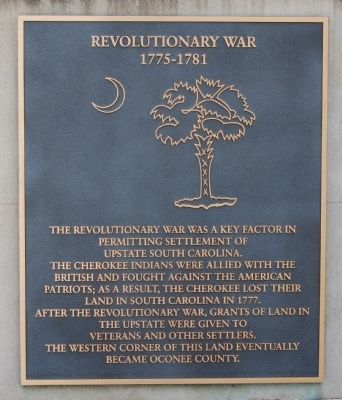 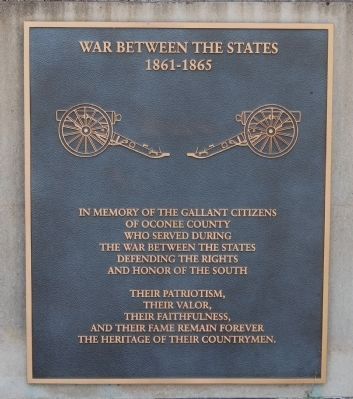 Their patriotism, their valor, their faithfulness, and their fame remain forever the heritage of their countrymen. 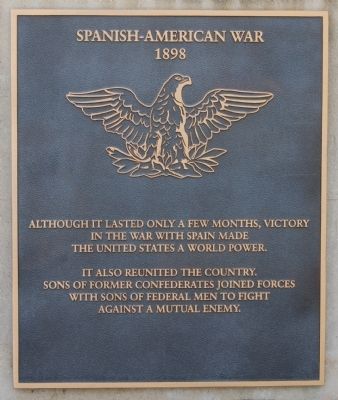 Photographed By Brian Scott, November 28, 2008
4. Spanish-American War: 1898
Although it lasted only a few months, victory in the war with Spain made the United States a world power.

It also reunited the country, sons of former Confederates joined forces with sons of Federal men to fight against a mutual enemy. 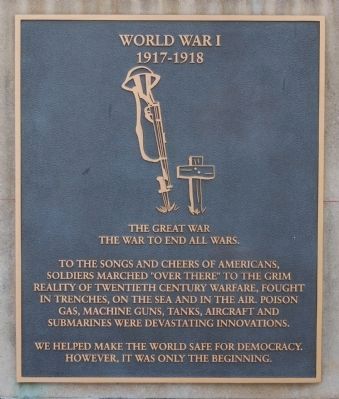 To the songs and cheers of Americans, soldiers marched "Over There" to the grim reality of twentieth century warfare, fought in trenches, on the sea and in the air. Poison gas, machine guns, tanks, aircraft and submarines were devastating innovations.

We helped make the world safe for democracy. However, it was only the beginning. 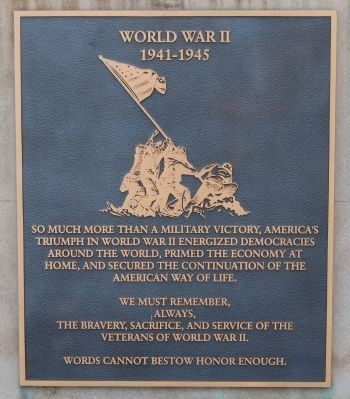 Photographed By Brian Scott, November 28, 2008
6. World War II: 1941-1945
So much more than a militay victory, America's triumph in World War II energized democracies around the world, primed the economy at home, and secured the continuation of the American way of life.

We must remember,
always,
the bravery, sacrifice, and service of the veterans of World War II. 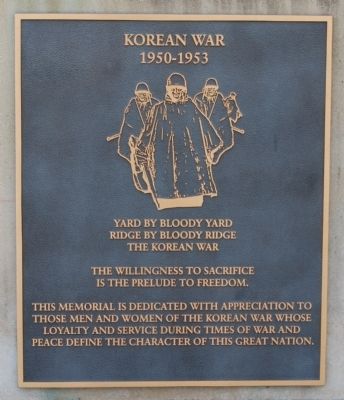 The willingness to sacrifice
is the prelude to freedom.

This memorial is dedicated with appreciation to those men and women of the Korean War whose loyalty and service during times of war and peace define the character of this great nation. 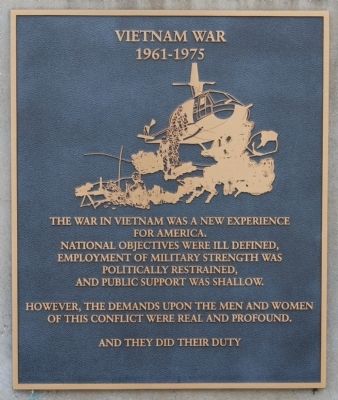 Photographed By Brian Scott, November 28, 2008
8. Vietnam War: 1961-1975
The war in Vietnam was a new experience for America. National objectives were ill defined, employment of military strength was politically restrained, and public support was shallow.

However, the demands upon the men and women of this conflict were real and profound.

And they did their duty. 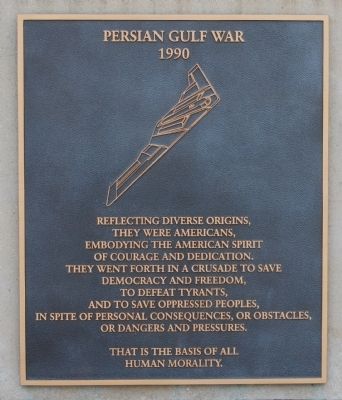 Photographed By Brian Scott, November 28, 2008
9. Persian Gulf War: 1990
Reflecting diverse origins, they were Americans, embodying the American spirit of courage and dedication. They went forth in a crusade to save democracy and freedom, to defeat tyrants, and to save oppressed peoples, in spite of personal consequences, or obstacles, or dangers and pressures.

That is the basis of all human morality. 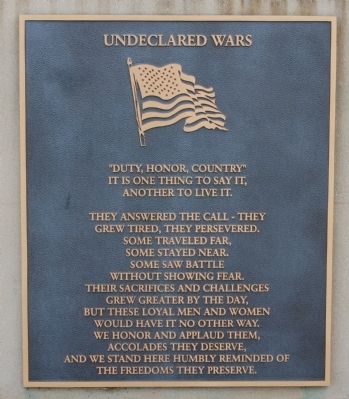 Photographed By Brian Scott, November 28, 2008
10. Undeclared Wars
"Duty, Honor, Country"
It is one thing to say it, another to live it.

They answered the call - they grew tired, they persevered. Some traveled far, some traveled near, some saw battle without showing fear. Their sacrifices and challenges grew greater by the day, but these loyal men and women would have it no other way. We honor and applaud them, accolades they deserve, and we stand here humbly reminded of the freedoms they preserve. 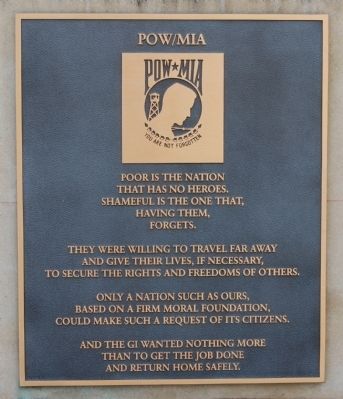 Photographed By Brian Scott, November 28, 2008
11. Pow / Mia
Poor is the nation
that has no heroes.
Shameful is the one that,
having them,
forgets.

They were willing to travel far away and give their lives, if necessary, to secure the rights and freedoms of others.

Only a nation such as ours, based on a firm moral foundation, could make such a request of its citizens.

And the GI wanting nothing more than to get the job done and return home safely. 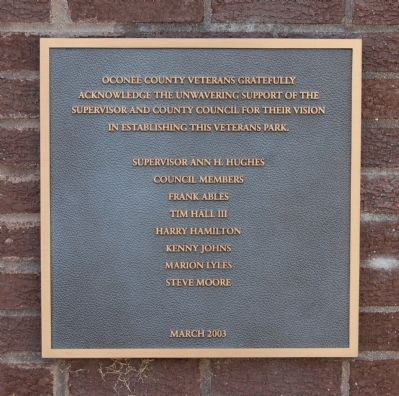 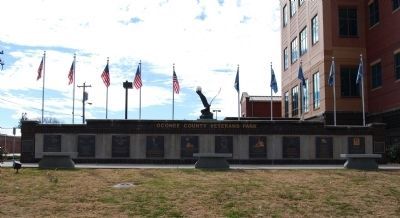 Photographed By Brian Scott, November 28, 2008
13. Oconee County Veterans Mamorial
The individual marks shown above are in order left to right. 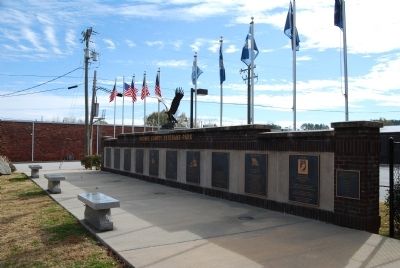