Lewis and Clark in Illinois 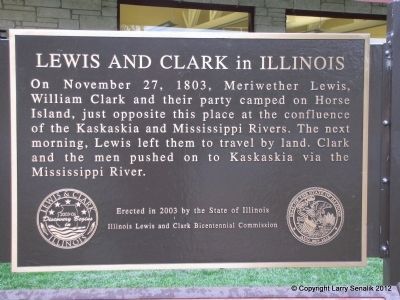 Photographed By Larry Senalik, April 13, 2012
1. Lewis and Clark in Illinois Marker
Inscription.
Lewis and Clark in Illinois. . On November 27, 1803, Meriwether Lewis, William Clark and their party camped on Horse Island, just opposite this place at the confluence of the Kaskaskia and Mississippi Rivers. The next morning, Lewis left them to travel by land. Clark and the men pushed on to Kaskaskia via the Mississippi River. . This historical marker was erected in 2003 by State of Illinois - Illinois Lewis and Clark Bicentennial Commission. It is in Chester in Randolph County Illinois

Topics and series. This historical marker is listed in this topic list: Exploration. In addition, it is included in the Lewis & Clark Expedition series list. A significant historical date for this entry is November 27, 1803.

Location. 37° 54.299′ N, 89° 50.052′ W. Marker is in Chester, Illinois, in Randolph County. Marker is at the intersection of Bridge Bypass Road (Illinois Route 150) and Kaskaskia Street (County Route 6), on the right when traveling north on Bridge Bypass Road. Located at the Chester Welcome Center in Elzie C. Segar Memorial Park. Touch for map. Marker is in this post office area: Chester IL 62233, United States of America. Touch for directions.

Other nearby markers. At least 8 other markers are within walking distance of this marker. Chester, Randolph County, Illinois (a few steps from this marker); The Chester Bridge 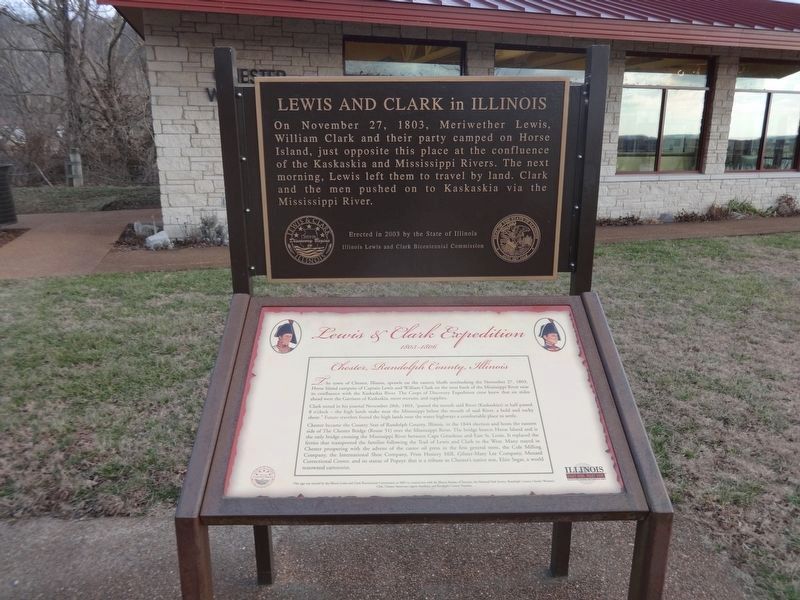 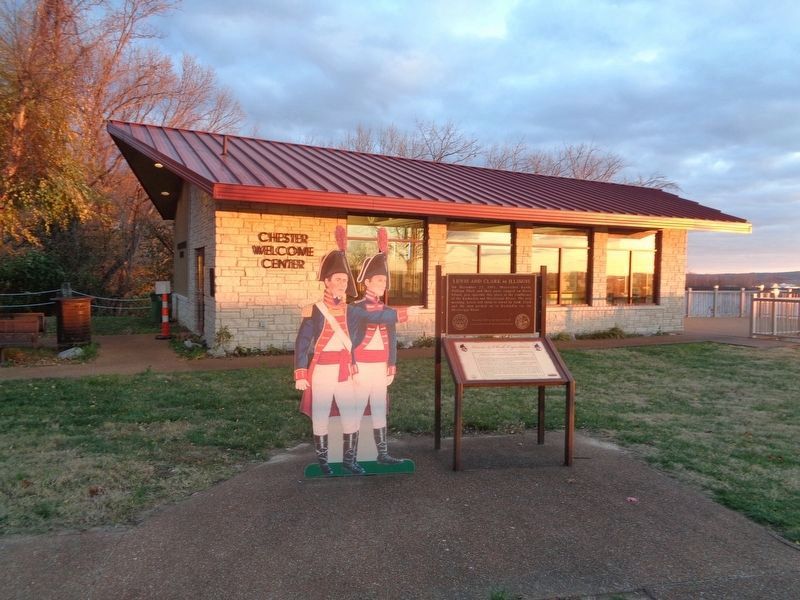