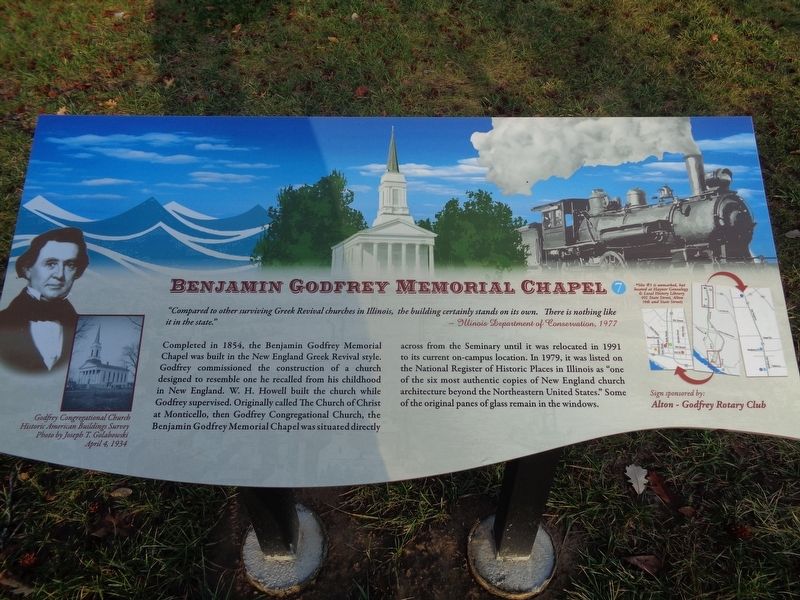 "Compared to other surviving Greek Revival churches in Illinois, the building stands on its own. There is nothing like it in the state." - Illinois Department of Conservation, 1977

Completed in 1854, the Benjamin Godfrey Memorial Chapel was built in the New England Greek Revival style. Godfrey commissioned the construction of a church designed to resemble one he recalled from his childhood in New England. W.H. Howell built the church while Godfrey supervised. Originally called The Church of Christ at Monticello, then Godfrey Congregational Church, the Benjamin Godfrey Memorial Chapel was situated directly across from the Seminary until it was relocated in 1991 to its current on-campus location. In 1979, it was listed on the National Register of Historic Places in Illinois as "one of the six most authentic copies of New England church architecture beyond the Northeastern United States." Some of the original panes of glass remain in the windows. 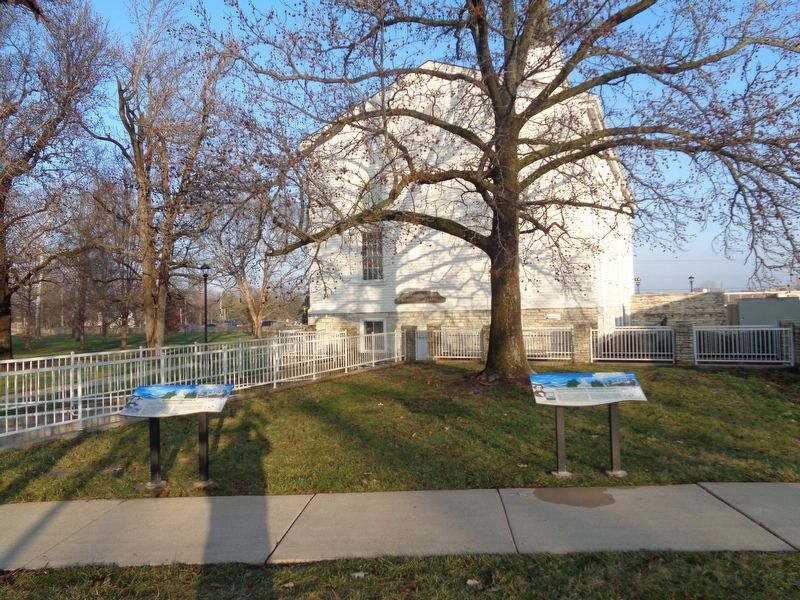 By Jason Voigt, January 19, 2020
2. Benjamin Godfrey Memorial Chapel Marker
Marker is on the right (Monticello College marker is on the left) and both are behind the chapel

Click or scan to see
this page online
historical marker is listed in these topic lists: Architecture • Churches & Religion. A significant historical year for this entry is 1977.

Location. 38° 57.018′ N, 90° 11.515′ W. Marker is in Godfrey, Illinois, in Madison County. Marker can be reached from LCCC Road west of Godfrey Road (U.S. 67). Marker is behind the Benjamin Godfrey Memorial Chapel, which is located on the campus of Lewis & Clark Community College. Touch for map. Marker is at or near this postal address: 5800 Godfrey Road, Godfrey IL 62035, United States of America. Touch for directions.

More about this marker. This is the seventh of nine markers in the Benjamin Godfrey Legacy Trail series.