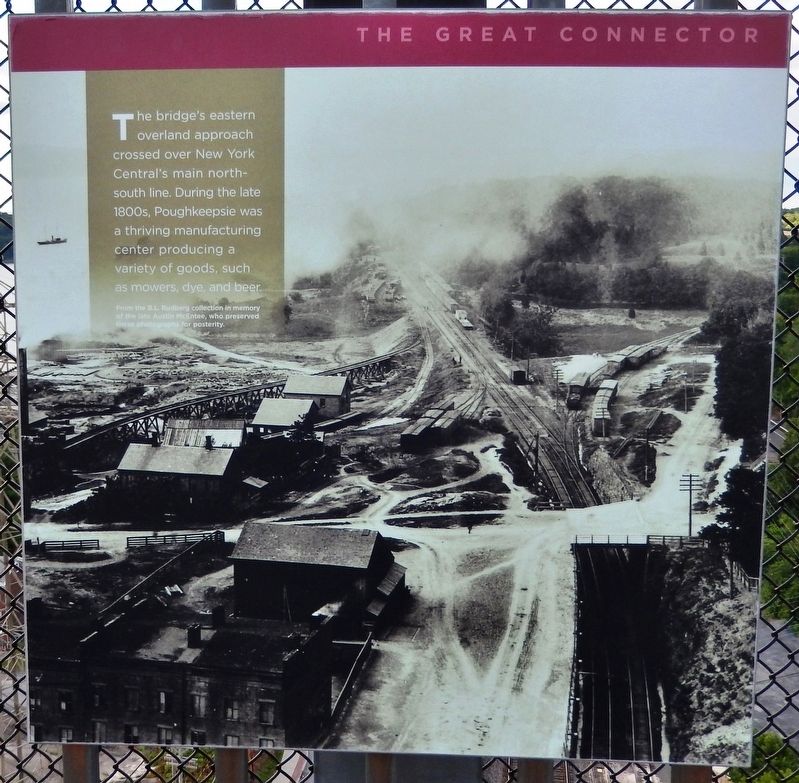 The bridge's eastern overland approach crossed over New York Central's main north-south line. During the late 1800s, Poughkeepsie was a thriving manufacturing center producing a variety of goods, such as mowers, dye, and beer.

Background photograph from the B.L. Rudberg collection in memory of the late Austin McEntee, who preserved these photographs for posterity.

Location. 41° 42.635′ N, 73° 56.257′ W. Marker is in Poughkeepsie, New York, in Dutchess County. Marker can be reached from Parker Avenue (New York State Route 9G) ¼ mile east of Washington Street (New York State Route 9G), on the left when traveling east. Marker is mounted at knee-level on the north railing of the old Poughkeepsie-Highland Railroad Bridge, about 6/10 mile west of the Parker Avenue parking lot for Walkway Over the Hudson State Historic Park. Touch for map. Marker is at or near this postal address: 49 Parker Avenue, Poughkeepsie NY 12601, United States of America. Touch for directions. 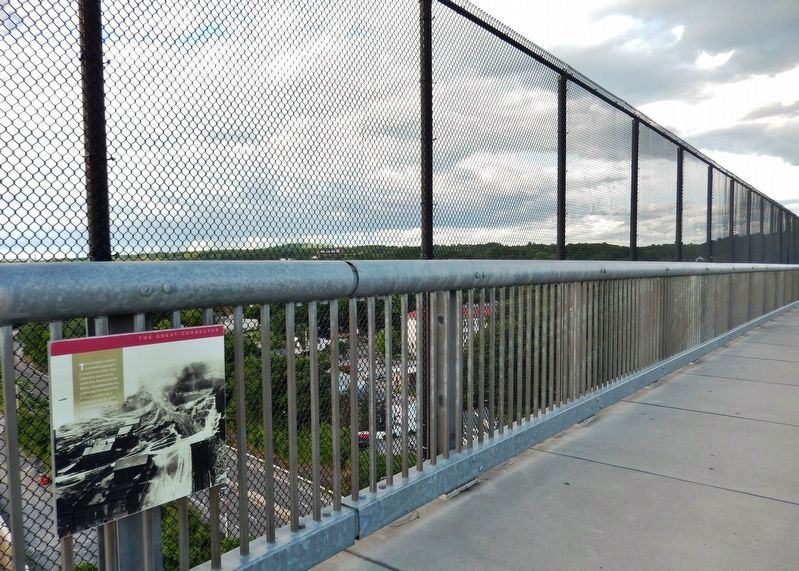 More about this marker. Originally built in 1889, today the repurposed Poughkeepsie Highland Railroad Bridge carries a scenic pedestrian walkway over the Hudson River.
Credits. This page was last revised on February 7, 2020. It was originally submitted on January 31, 2020, by Cosmos Mariner of Cape Canaveral, Florida. This page has been viewed 85 times since then and 21 times this year. Photos:   1, 2. submitted on February 7, 2020, by Cosmos Mariner of Cape Canaveral, Florida.
Share this page.