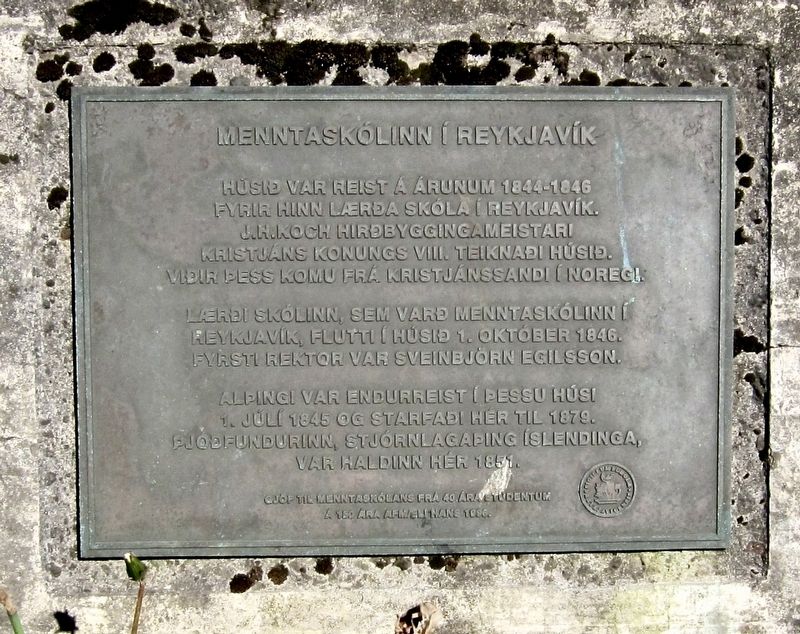 By Andrew Ruppenstein, June 8, 2017
1. Menntaskólinn í Reykjavík Marker
Inscription.
(English translation:) The building was constructed in the years 1844-1846 for an "educational" school in Reykjavik. J.H.Koch, head builder for King Christian VIII (of Denmark), provided the plans for the building. Wood for the construction came from Kristjánssand, in Norway.

The school, which became the secondary (or high(er)) school for Reykjavik, moved into the building October 1, 1846. The first rector was Sveinbjörn Egilsson.

Parliament was restored here in this building on July 1, 1845 and was seated here until 1879. The National Assembly - the Icelandic Constitutional Assembly, was held here in 1851.

This plaque is given to the High School from 40 year old students on its 150th birthday in 1996. . This historical marker was erected in 1996. It is in Reykjavik Capital Region Höfuðborgarsvæði Iceland