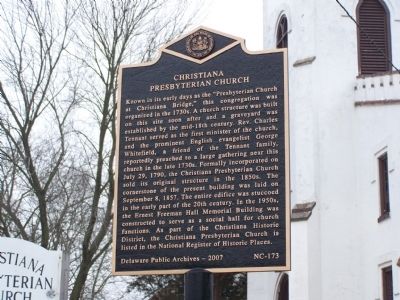 Known in its early days as the "Presbyterian Church at Christiana Bridge," this congregation was organized in the 1730s. A church structure was built on this site soon after and a graveyard was established by the mid-18th century. Rev. Charles Tennant served as the first minister of the church, and the prominent English evangelist George Whitefield, a friend of the Tennant family, reportedly preached to a large gathering near this church in the late 1730s. Formally incorporated on July 29, 1790, the Christiana Presbyterian Church sold its original structure in the 1850s. The cornerstone of the present building was laid on September 8, 1857. The entire edifice was stuccoed in the early part of the 20th century. In the 1950s, the Ernest Freeman Hall Memorial Building was constructed to serve as a social hall for church functions. As part of the Christiana Historic District, the Christiana Presbyterian Church is listed in the National Register of Historic Places. 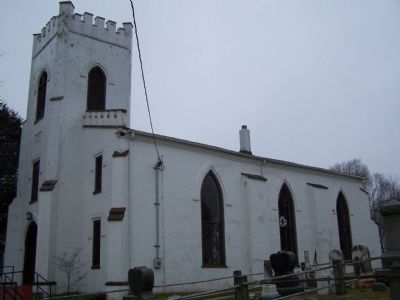 Click or scan to see
this page online
Churches & Religion • Colonial Era. In addition, it is included in the American Presbyterian and Reformed Historic Sites, and the Delaware Public Archives series lists. A significant historical month for this entry is July 1823. 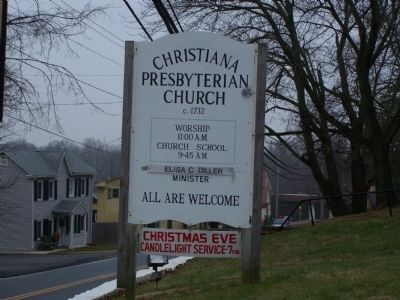 Photographed By Beverly Pfingsten, December 27, 2008
3. Christiana Presbyterian Church Sign
which was listed in the National Register of Historic Places in 1974. This church is also one of 445 American Presbyterian and Reformed Historical Sites registered between 1973 and 2003 by the Presbyterian Historical Society (PHS), headquartered in Philadelphia. Approved sites received a metal plaque featuring John Calvin’s seal and the site’s registry number (PHS marker location unknown).

Organized in 1732, the first church building was erected on the site in 1738. The present and second structure dates from 1857. Charles Tennent was the first pastor of the congregation. Samuel Patterson, who is buried under the church, was a Brigadier General in the Delaware Militia during the Revolution and a member of the Boston Relief Committee. The Church cemetery dates from 1752. 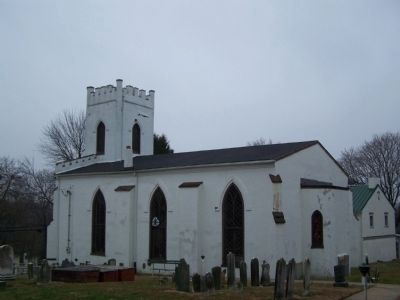 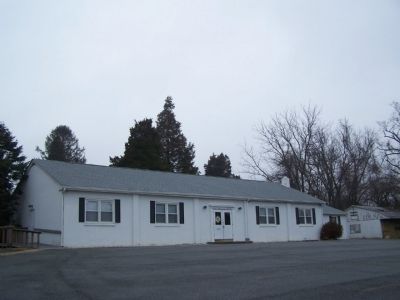