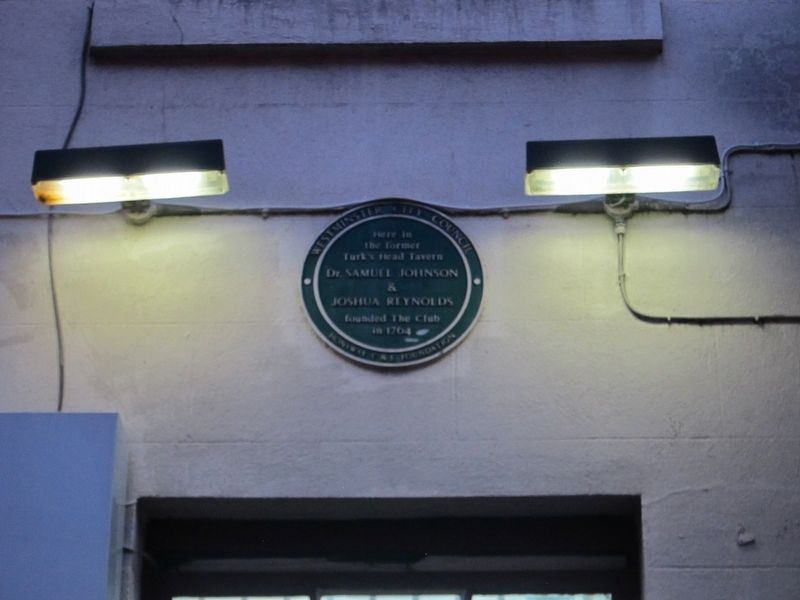 By Andrew Ruppenstein, March 16, 2018
1. The Club Marker
Inscription.
The Club. . Here in the former Turk's Head Tavern Dr. Samuel Johnson & Joshua Reynolds founded The Club in 1764. . This historical marker was erected by City of Westminster, Honsway C&E Foundation. It is in City of Westminster in Greater London County England United Kingdom 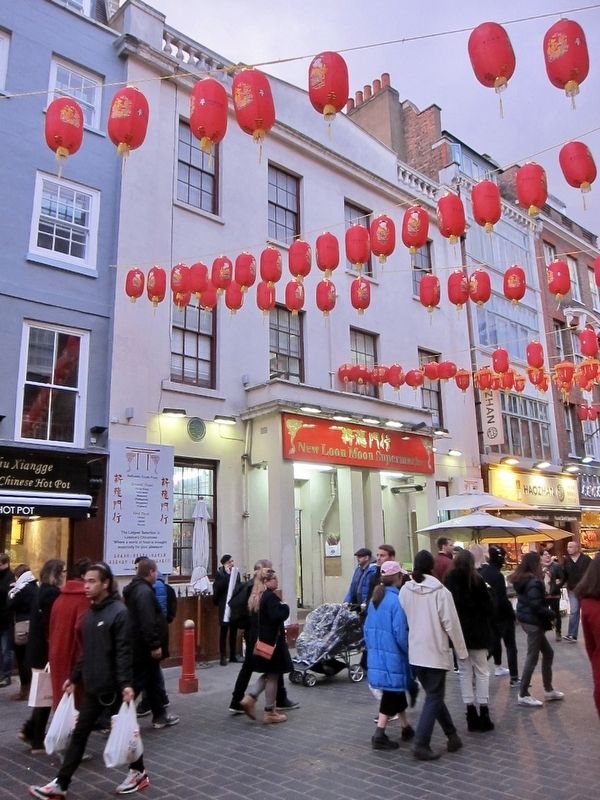 Editor’s want-list for this marker. Better photo of the marker • Can you help?
Share This Page.