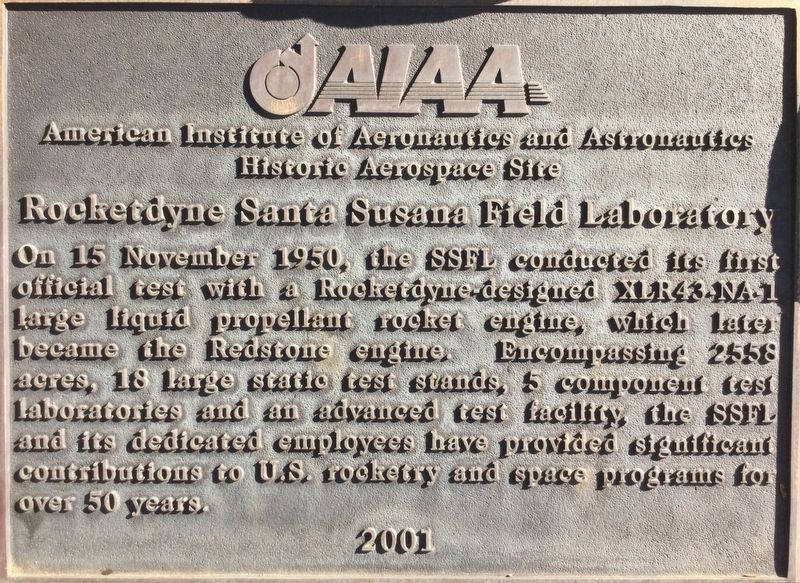 Erected 2001 by American Institute of Aeronautics and Astronautics.

Location. 34° 14.005′ N, 118° 35.279′ W. Marker is in Canoga Park, California, in Los Angeles County. Marker can be reached from De Soto Avenue 0.2 miles south of Nordhoff Street, on the left when traveling south. Near the parking lot of Aerojet Rocketdyne. Touch for map. Marker is at or near this postal address: 8900 De Soto Avenue, Canoga Park CA 91304, United States of America. Touch for directions.

Other nearby markers. At least 8 other markers are within 3 miles of this marker, measured as the crow flies. F-1 Engine (within shouting distance of this marker); Olive Trees (approx. 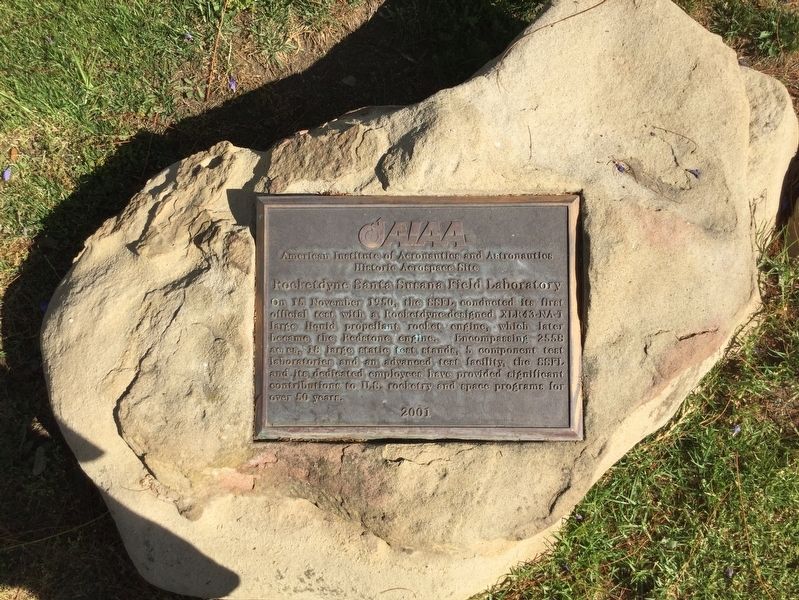 Regarding Rocketdyne Santa Susana Field Laboratory. The Santa Susana Field Laboratory was a research facility located in the Santa Susana Mountains, six miles west of the marker. It was used mainly for the testing of rocket engines from 1949 to 2006, and nuclear reactors from 1953 to 1980. The site ended research operations in 2006. The years of rocket testing and nuclear reactor testing have left the site significantly contaminated. Environmental cleanup is ongoing. The facility is not open to the public except during occasional guided tours by the current owner, Boeing. At the marker dedication ceremony at SSFL in 2001, attendees had the opportunity to witness a rocket motor test (including me, -CB). 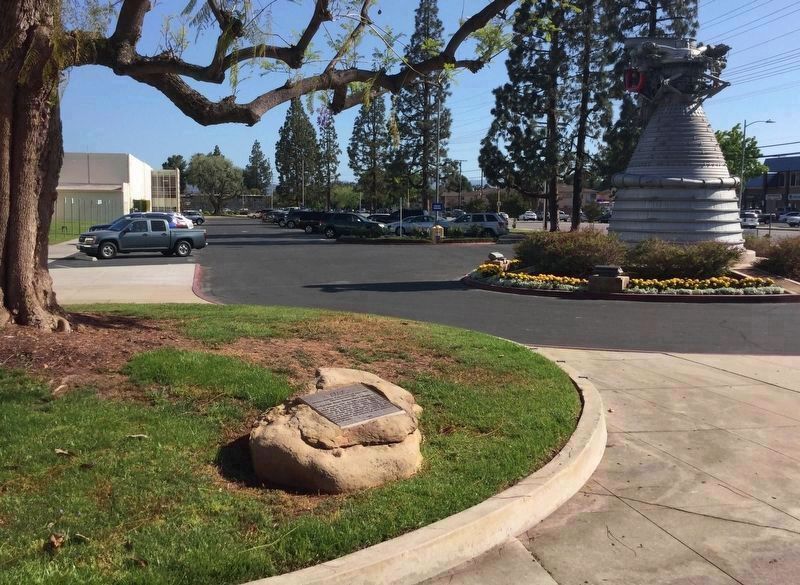 By Craig Baker, May 15, 2018
3. SSFL Marker and F-1 Engine
The rocket engine was built at the Rocketdyne factory, originally located on Canoga Avenue south of Vanowen Street.
is Burro Flats Painted Cave, with the best-preserved Indian pictographs in Southern California, listed on the National Register of Historic Places.

Related marker. Click here for another marker that is related to this marker. — A replica of this marker is located at SSFL. 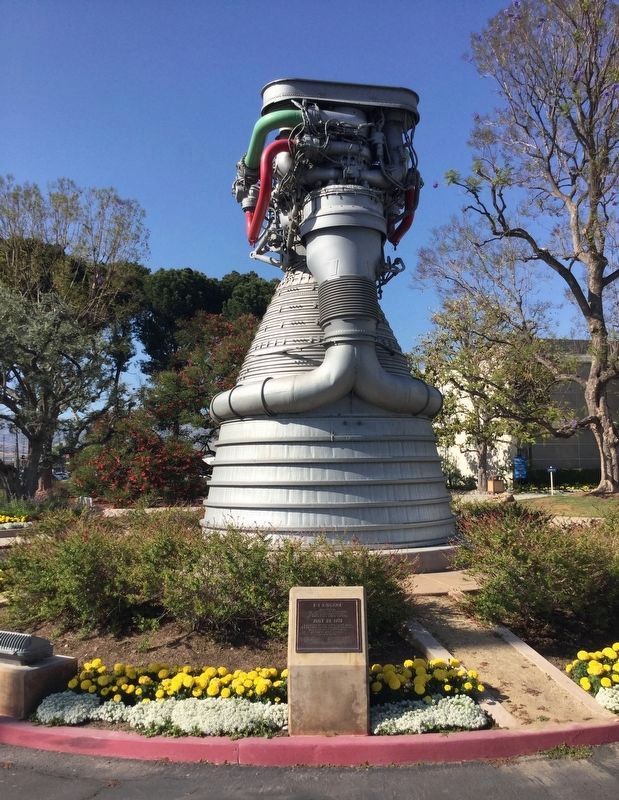 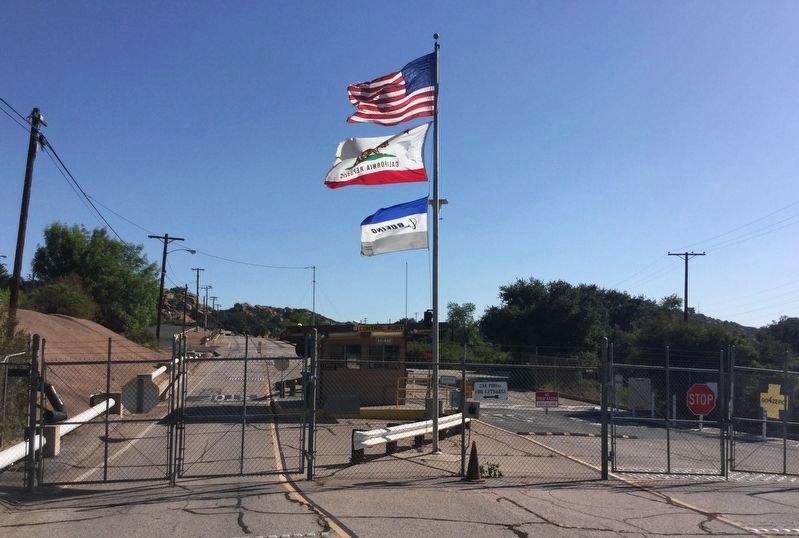 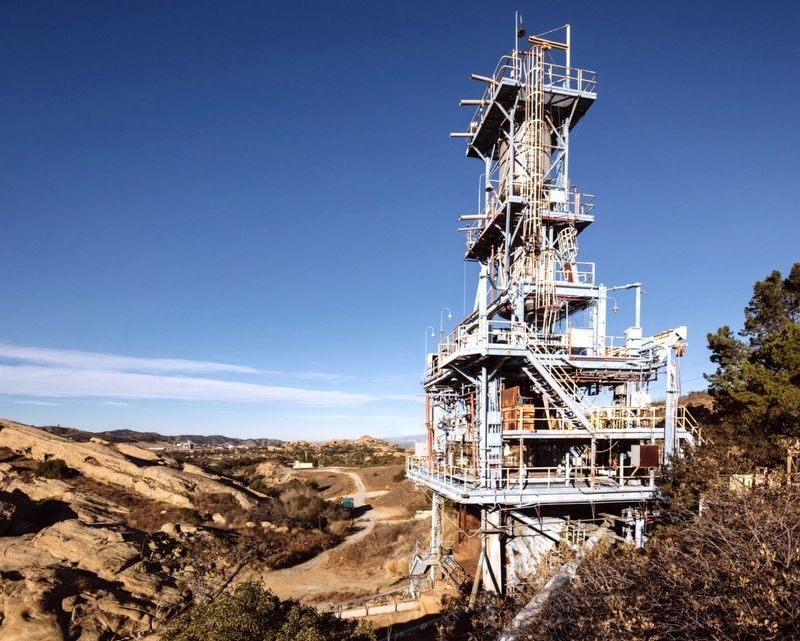