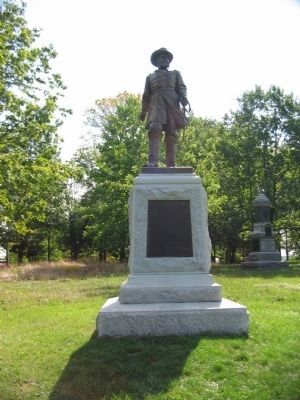 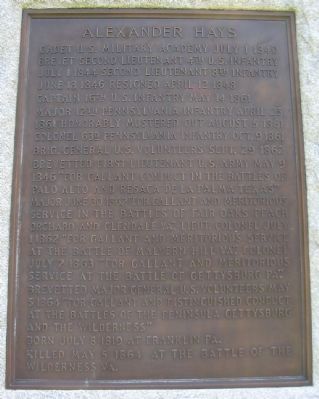 Photographed By Craig Swain, September 17, 2008
2. Close up of the Plaque on Front of Monument

Click or scan to see
this page online
1915 by Commonwealth of Pennsylvania.

Topics. This memorial is listed in this topic list: War, US Civil. A significant historical date for this entry is April 12, 1802.

Location. 39° 49.009′ N, 77° 14.072′ W. Marker is in Cumberland Township, Pennsylvania, in Adams County. Memorial is on Hancock Avenue, on the right when traveling north. Located west of the parking area for the old Visitor Center, near Ziegler's Grove in Gettysburg National Military Park. Touch for map. Marker is in this post office area: Gettysburg PA 17325, United States of America. Touch for directions.

Related markers. Click here for a list of markers that are related to this marker. Ziegler's Grove Virtual Tour by Markers 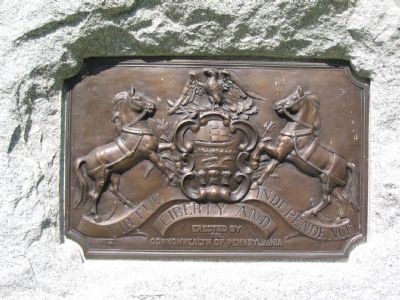 Photographed By Craig Swain, September 17, 2008
3. State Seal on Back of Monument
on the Wilderness Battlefield where Hays was mortally wounded. (Submitted on December 19, 2008, by Craig Swain of Leesburg, Virginia.) 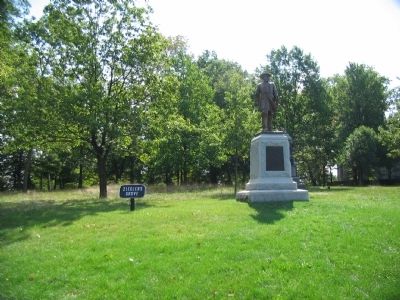 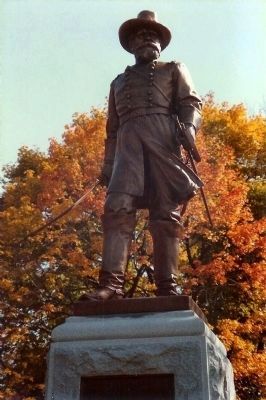