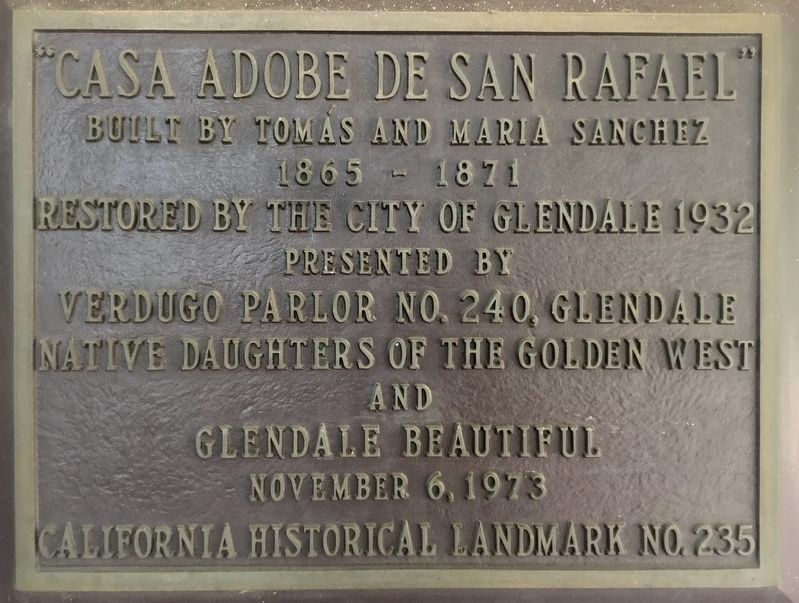 Photographed By Craig Baker, August 21, 2018
1. Casa Adobe de San Rafael Marker
Inscription.
Casa Adobe de San Rafael. . Built by Tomás and Maria Sanchez, 1865-1871. Restored by the City of Glendale, 1932. California Historical Landmark No. 235. . This historical marker was erected in 1973 by Native Daughters of the Golden West and Glendale Beautiful. It is in Glendale in Los Angeles County California

Erected 1973 by Native Daughters of the Golden West and Glendale Beautiful. (Marker Number 235.)

Topics and series. This historical marker is listed in this topic list: Settlements & Settlers. In addition, it is included in the California Historical Landmarks, and the Native Sons/Daughters of the Golden West series lists.

Location. 34° 9.967′ N, 118° 15.832′ W. Marker is in Glendale, California, in Los Angeles County. Marker can be reached from Dorothy Drive north of Stocker Street, on the right when traveling north. Touch for map. Marker is at or near this postal address: 1330 Dorothy Drive, Glendale CA 91202, United States of America. Touch for directions. 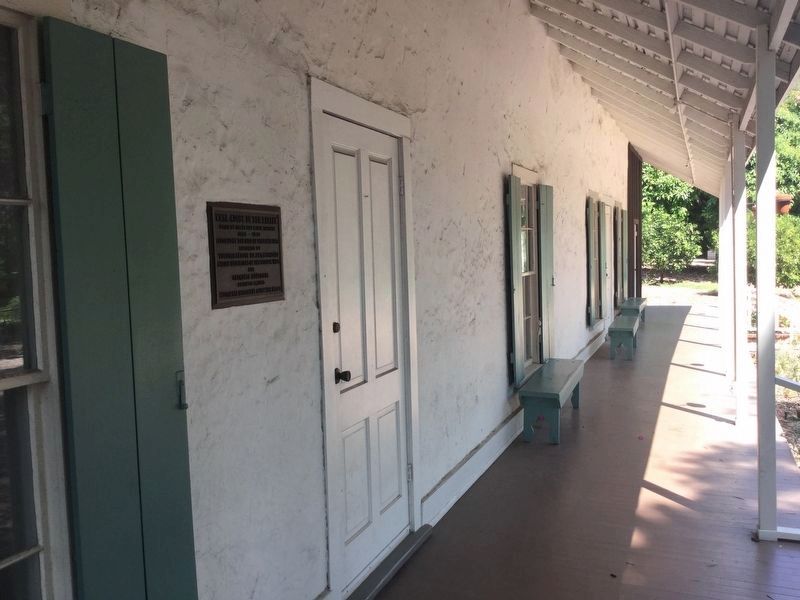 More about this marker. The grounds are open every day. The adobe is open 1-3 the first Sunday of the month and open 1-3 every Sunday during summer.

Regarding Casa Adobe de San Rafael. From the California State Parks website:
NO. 235 Casa Adobe de San Rafael - In October 1784, José María Verdugo petitioned Pedro Fages, Governor of Alta California, for a grant of land. This grant was the first and one of the largest made. When parts of Rancho San Rafael were sold, Tomás Sánchez, Sheriff of Los Angeles County, purchased a tract of 100 acres and in 1865 built this artistic adobe of the hacienda type, restored in 1932.

Related marker. Click here for another marker that is related to this marker. — San Rafael Rancho. 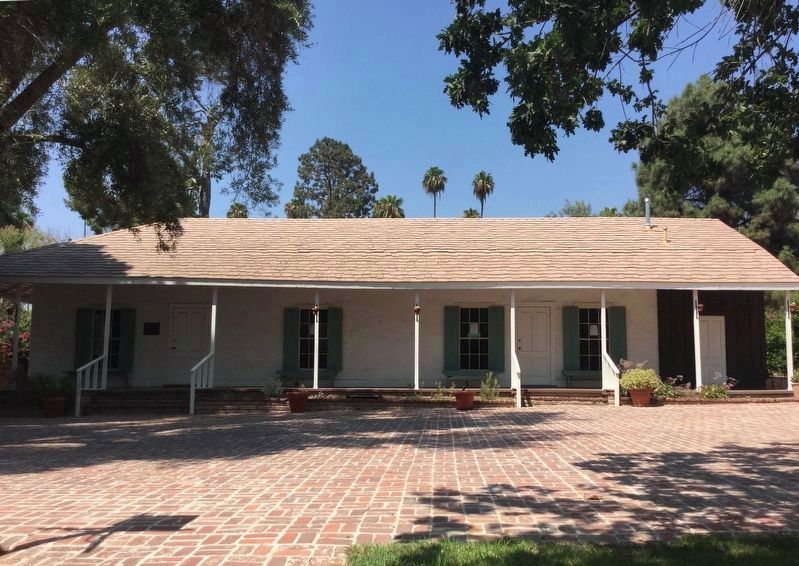 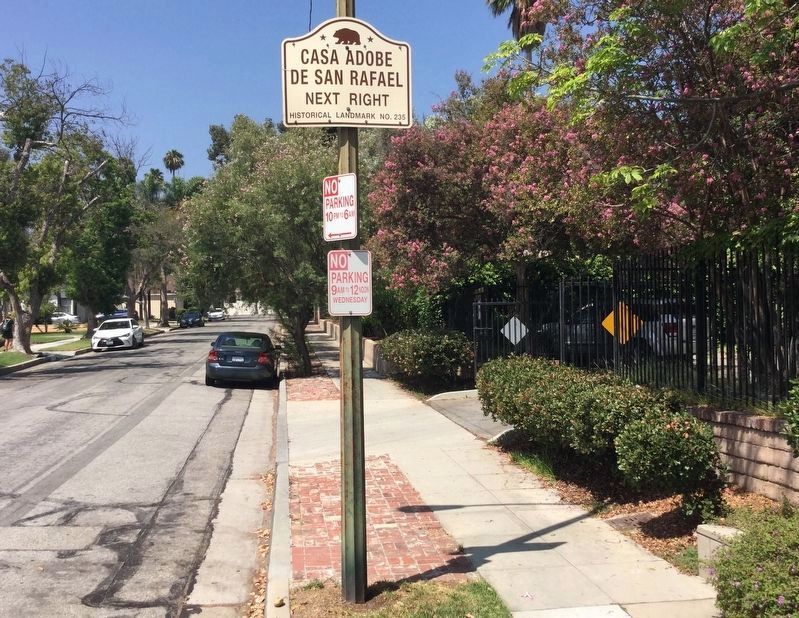 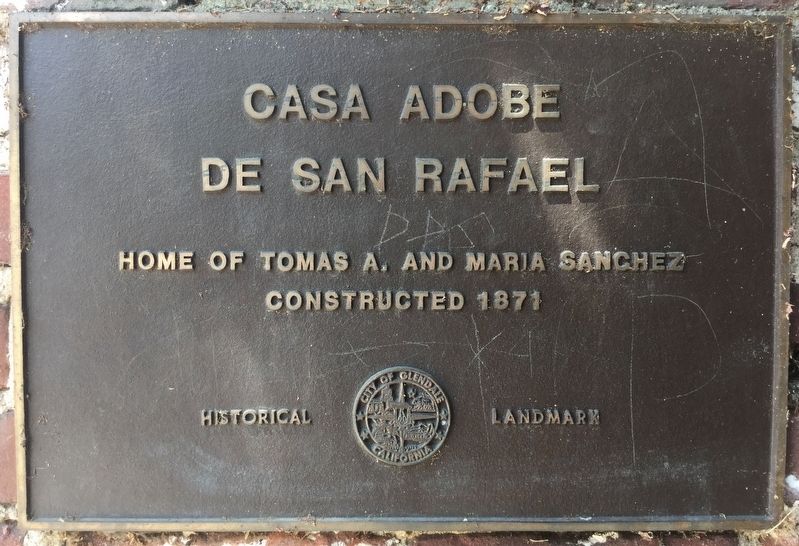