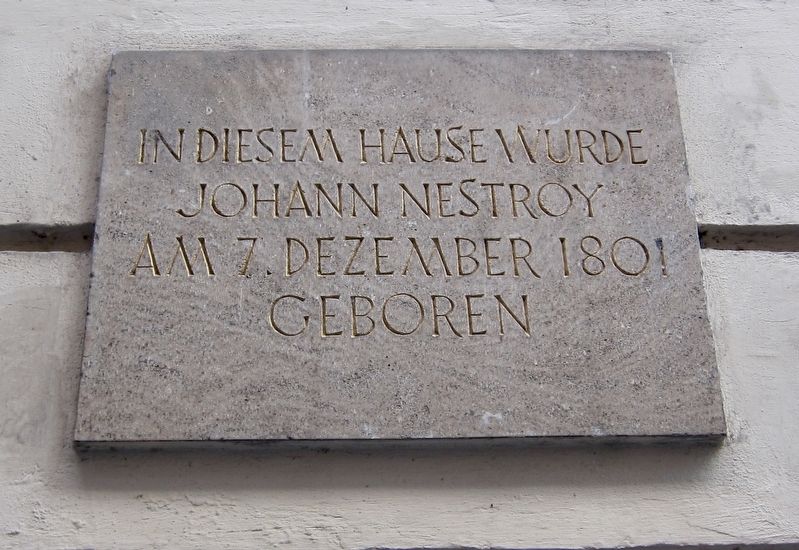 By Andrew Ruppenstein, June 14, 2017
1. Johann Nestroy Marker
Inscription.
(English translation:) On December 7, 1801, Johann Nestroy was born in this house. . This historical marker is in Vienna in Innenstadt Wien Austria