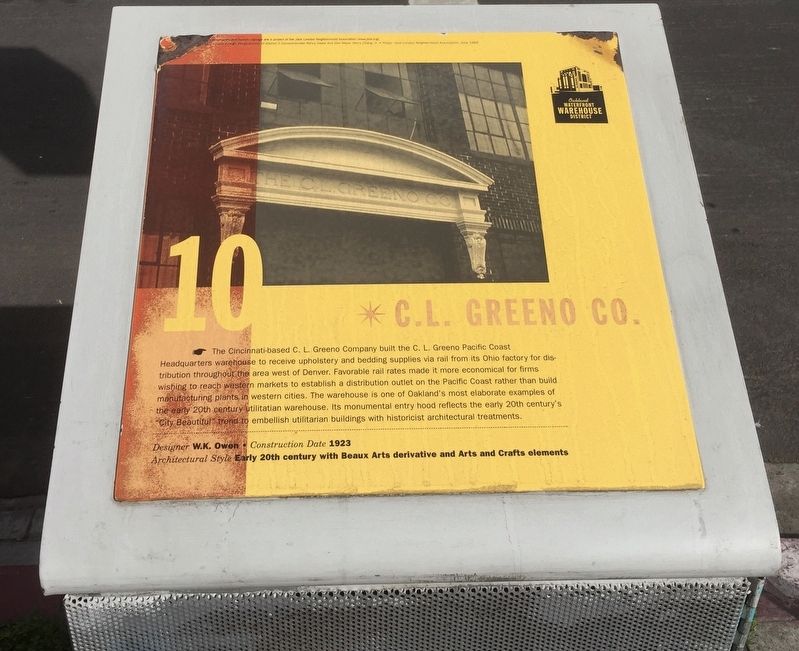 The Cincinnati-based C. L. Greeno Company built the C. L. Greeno Pacific Coast Headquarters warehouse to receive upholstery and bedding supplies via rail from its Ohio factory for distribution throughout the area west of Denver. Favorable rail rates made it more economical for firms wishing to reach western markets to establish a distribution outlet on the Pacific Coast rather than build manufacturing plants in western cities. The warehouse is one of Oakland's most elaborate examples of the early 20th century utilitatian warehouse. Its monumental entry hood reflects the early 20th century's "City Beautiful trend to embellish utilitarian buildings with historicist architectural treatments.

Topics. This historical marker is listed in this topic list: Industry & Commerce. A significant historical year for this entry is 1923. 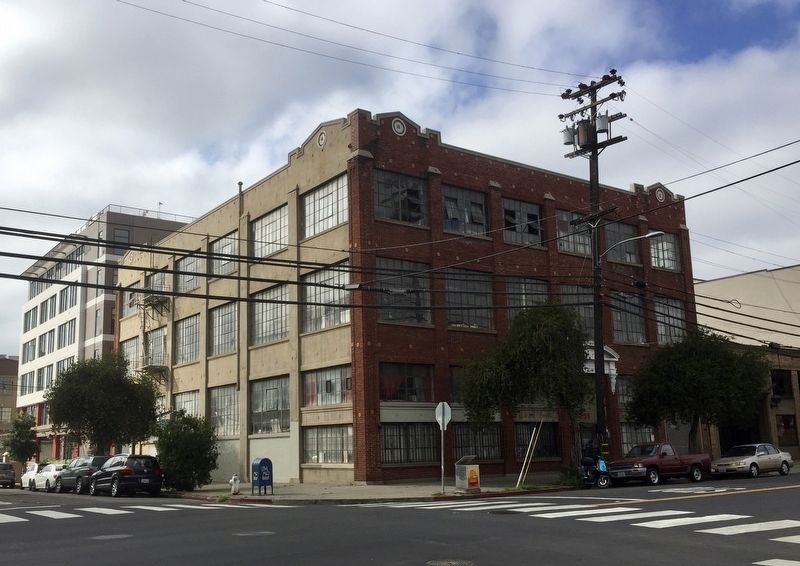 By Andrew Ruppenstein, February 13, 2020
2. C.L. Greeno Co. Marker - wide view
The marker is visible here, as the marker itself forms the top of the trash receptacle on the corner (with the red/orange sign on it).