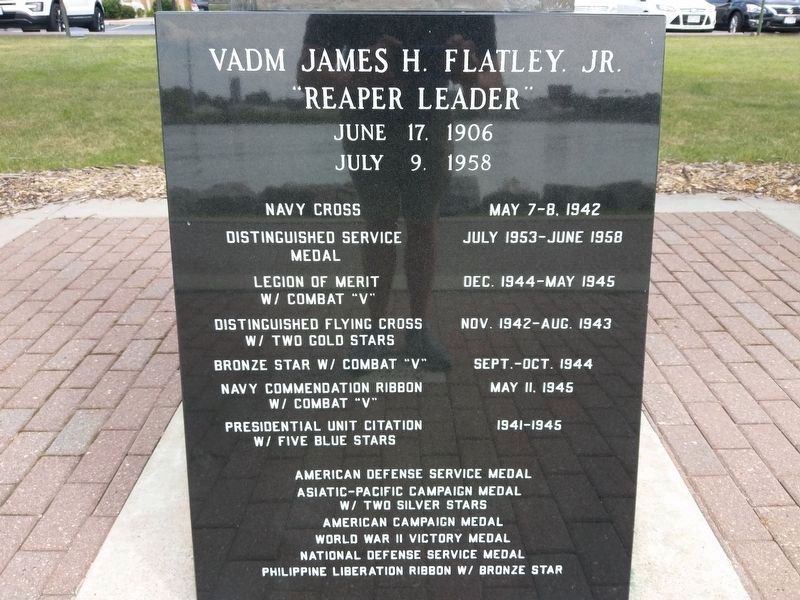 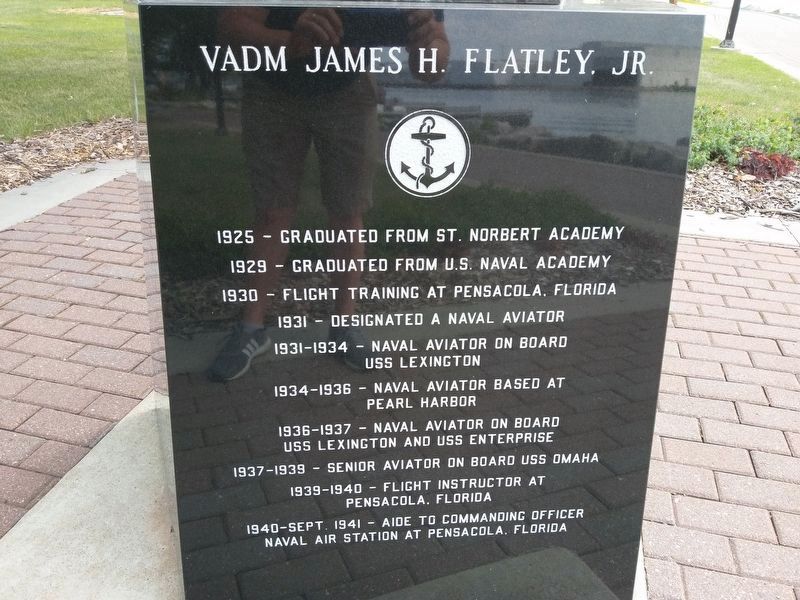 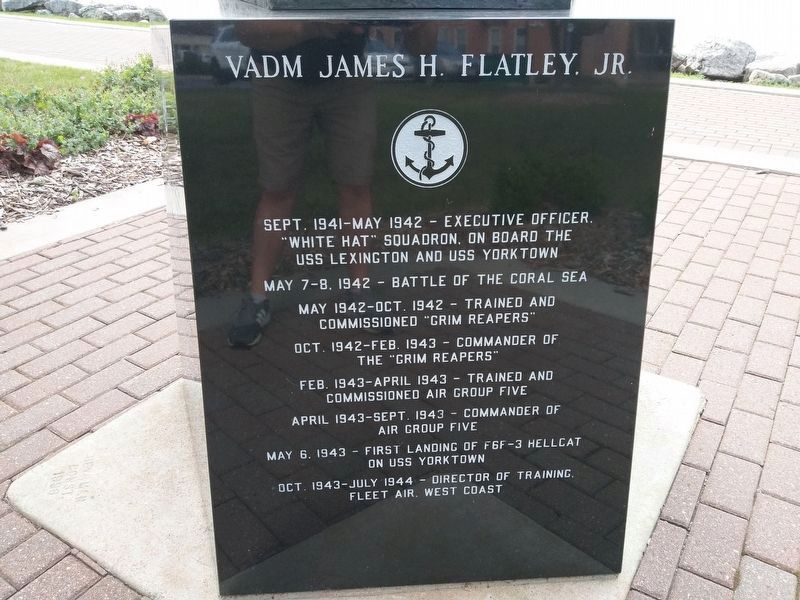 Topics and series. This historical marker is listed in this topic list: Military. In addition, it is included in the Distinguished Service Cross/Navy Cross/Air Force Cross Recipients, and the Former U.S. Presidents: #34 Dwight D. Eisenhower series lists. A significant historical date for this entry is June 17, 1929.

Location. 44° 30.642′ N, 88° 1.169′ W. Marker is in Green Bay, Wisconsin, in Brown County. Located in Admiral Flatley Park on the Fox River next to the Chicago, Milwaukee and St. Paul Railroad depot, later known as the Milwaukee 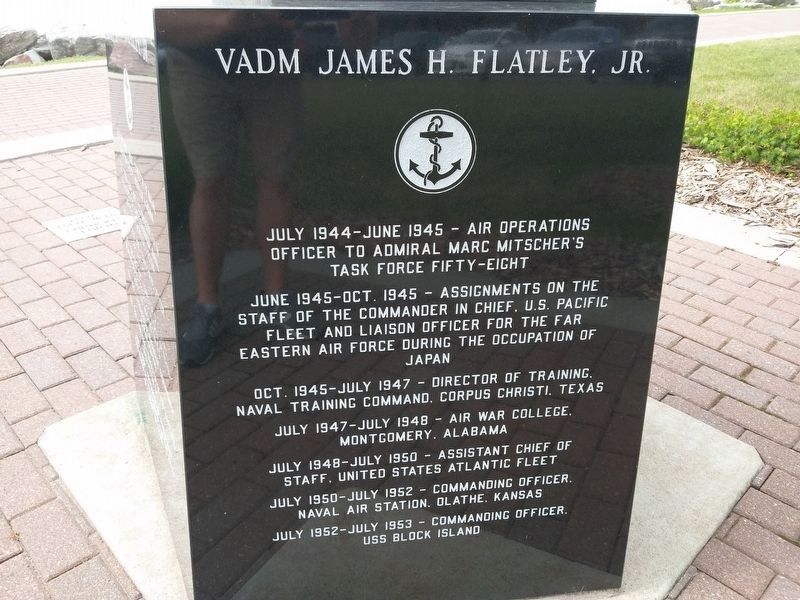 Flatley was an aerial-gunnery expert and World War II squadron and air group commander. As Executive Officer of Fighter Squadron VF-42, he was one of the key participants in the Battle of the Coral Sea in May 1942, the first carrier vs carrier duels. A few days before, Flatley had been ordered back to the States to form a new fighter squadron, but he managed to get permission to stay for the coming battle. Flatley was awarded the Navy Cross for "extraordinary heroism and conspicuous courage" during the Battle of the Coral Sea.

After Coral Sea, he returned 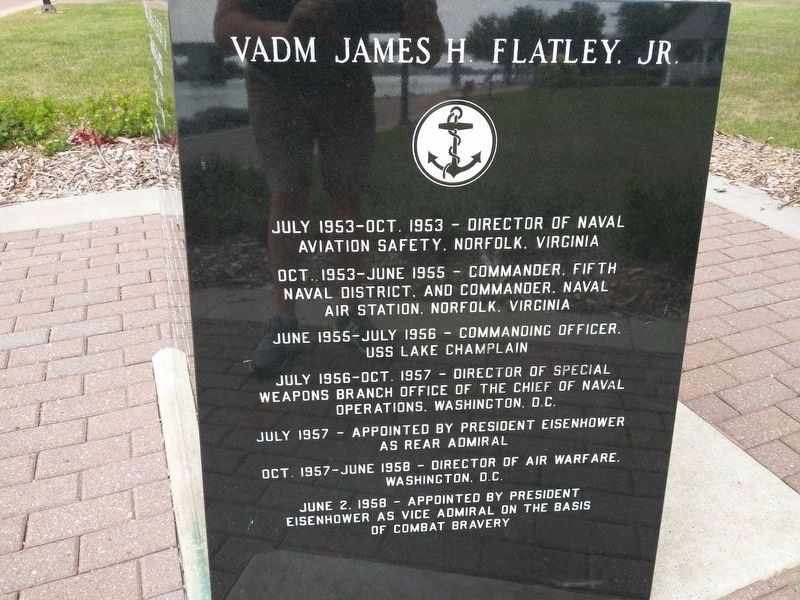 By Devon Polzar, 2018
5. Vice Admiral James H. Flatley Jr. Marker Side Five
to the states to form VF-10, flying F4F Wildcats. Named the Grim Reapers, Flatley became "Reaper Leader." There were successes at Guadalcanal, but several losses which left him frustrated. As Commander of Air Group Five (CAG-5) on board the USS Yorktown (CV 10), he helped introduce Grumman’s F6F Hellcat to combat in August 1943. Flatley, at the age of 36, never flew combat again. 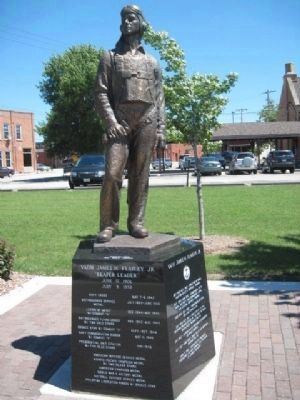 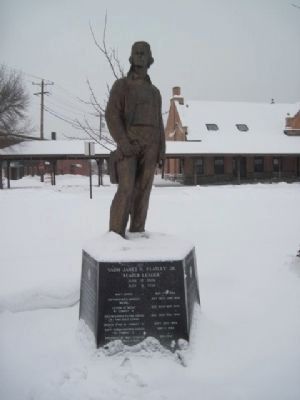 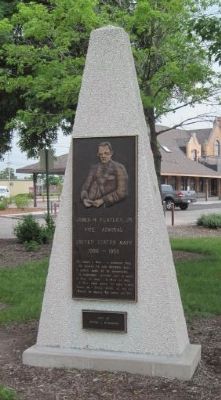