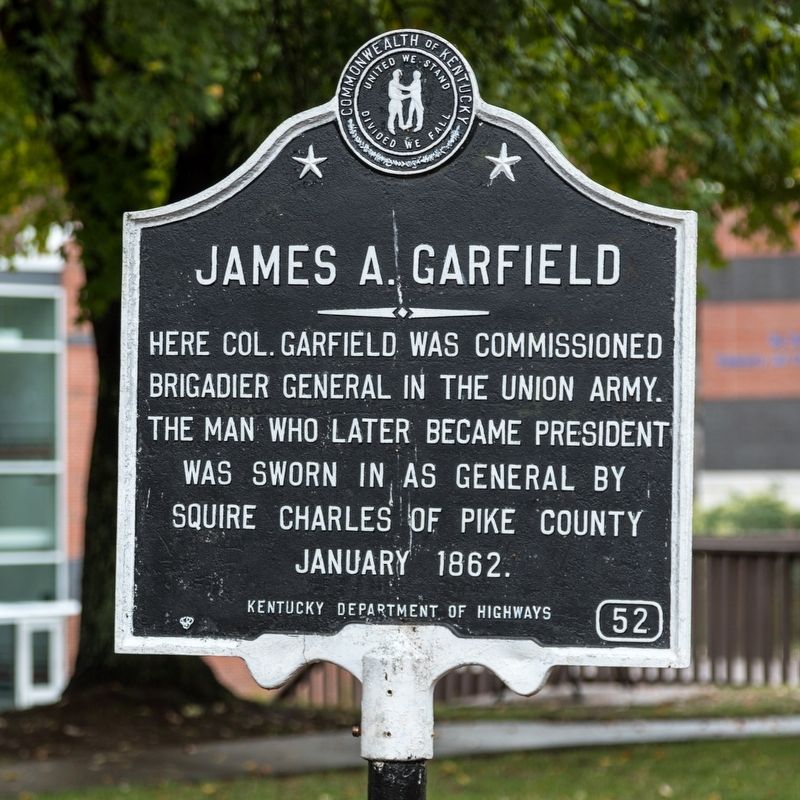 By J. J. Prats, October 20, 2019
1. James A. Garfield Marker
Inscription.
James A. Garfield. . Here Col. Garfield was commissioned Brigadier General in the Union army. The man who later became president was sworn in as general by Squire Charles of Pike County January 1862. . This historical marker was erected by Kentucky Department of Highways. It is in Pikeville in Pike County Kentucky

Here Col. Garfield was commissioned Brigadier General in the Union army. The man who later became president was sworn in as general by Squire Charles of Pike County January 1862.

Topics and series. This historical marker is listed in this topic list: War, US Civil. In addition, it is included in the Former U.S. Presidents: #20 James A. Garfield, and the Kentucky Historical Society series lists. A significant historical month for this entry is January 1862. 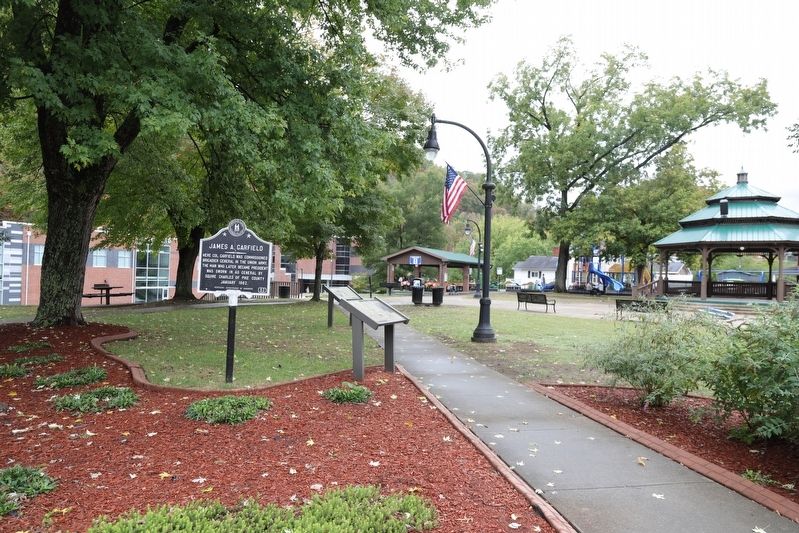 Regarding James A. Garfield. At the time of his promotion, Garfield was 30 years old and became the Union army’s youngest general. Squire Charles is reported to be John Charles (1827-1904), an elected magistrate of Pike County at the time. He served in the 39th Kentucky Volunteer Infantry (Union).

... Around 1 pm on January 10th, [Union] Colonel Garfield and his men arrived at the fork of Middle Creek [28 miles northeast near Prestonburg]. Not knowing where the Confederates created their post, the Union soldiers had to use special tactics. Garfield ordered a squad of twenty cavalrymen to dash into the valley and draw fire. This ploy sprung [the Confederate] trap. A volley from the cavalry companies revealed the Confederate’s position. 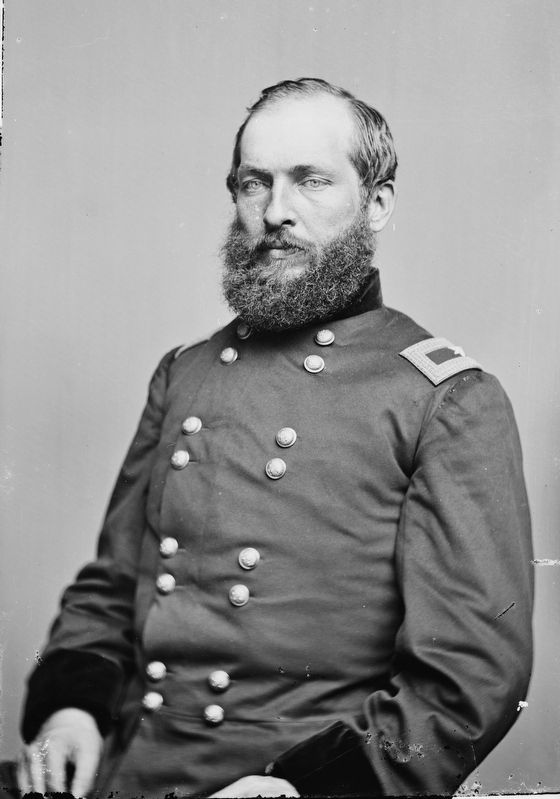 Mathew Brady. In the Library of Congress collection., circa 1865
3. Brigadier General James A. Garfield
Seeing this, Garfield ordered his troops to come forward and begin deploying. However, it was not so easy to simply charge his men forward. With confederate support from several surrounding cavalries, Garfield knew he was likely outnumbered. After only showing 20 of his men, he ordered his remaining men to get into formation and march around the mountain and valley below. While his men only circled, [Garfield] knew that from above it would appear to the Confederates that the opposing infantry was triple what was expected.

This ploy worked! [Confederate] General Marshall ordered his men to retreat, fearing tragic bloodshed. While pushing them back into Virginia, the Unions claimed another Kentucky victory. ...