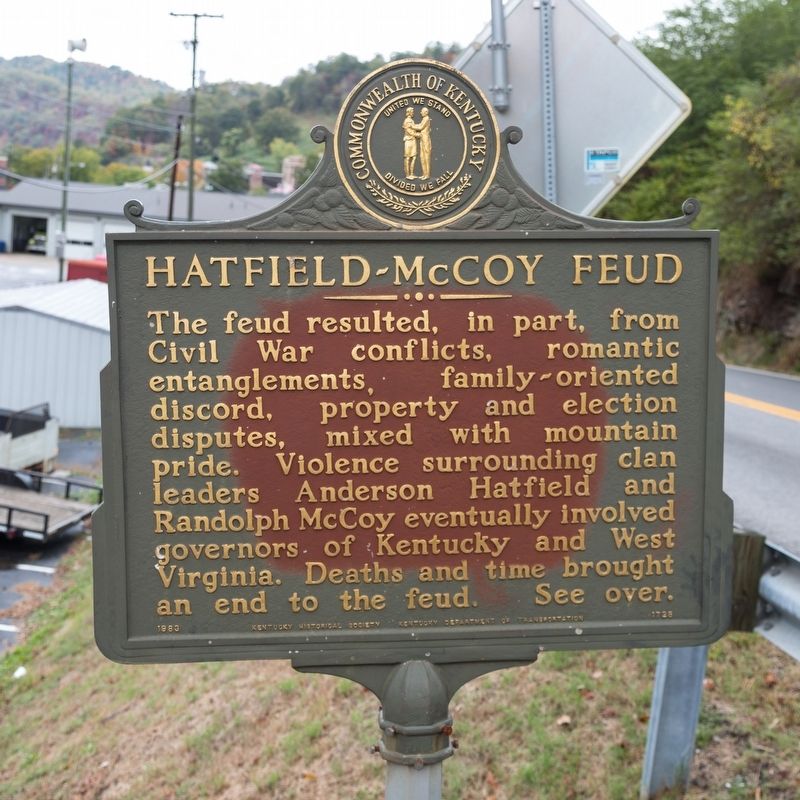 By J. J. Prats, October 20, 2019
1. Hatfield-McCoy Feud side of marker
Inscription.
Hatfield-McCoy Feud, also, McCoy Graves Here. . The feud resulted, in part, from Civil War conflicts, romantic entanglements, family-oriented discord, property and election disputes, mixed with mountain pride. Violence surrounding clan leaders Anderson Hatfield and Randolph McCoy eventually involved governors of Kentucky and West Virginia. Deaths and time brought an end to the feud. , Among some 500 graves in Dils Cemetery are the resting places of Randolph McCoy, clan leader in the Hatfield-McCoy feud; his wife, Sarah; their daughter and son, Roseanna and Sam; and Sam’s wife, Martha. This Appalachian vendetta, from Civil War to 1890s, became well known. Dils Cemetery is part of the Hatfield-McCoy Feud Historic District. . This historical marker was erected in 1983 by Kentucky Historical Society and Kentucky Department of Transportation.. It is in Pikeville in Pike County Kentucky

Topics and series. This historical marker is listed in this topic list: Notable Events. In addition, it is included in the Kentucky Historical Society, and the The Hatfield-McCoy Feud series lists. 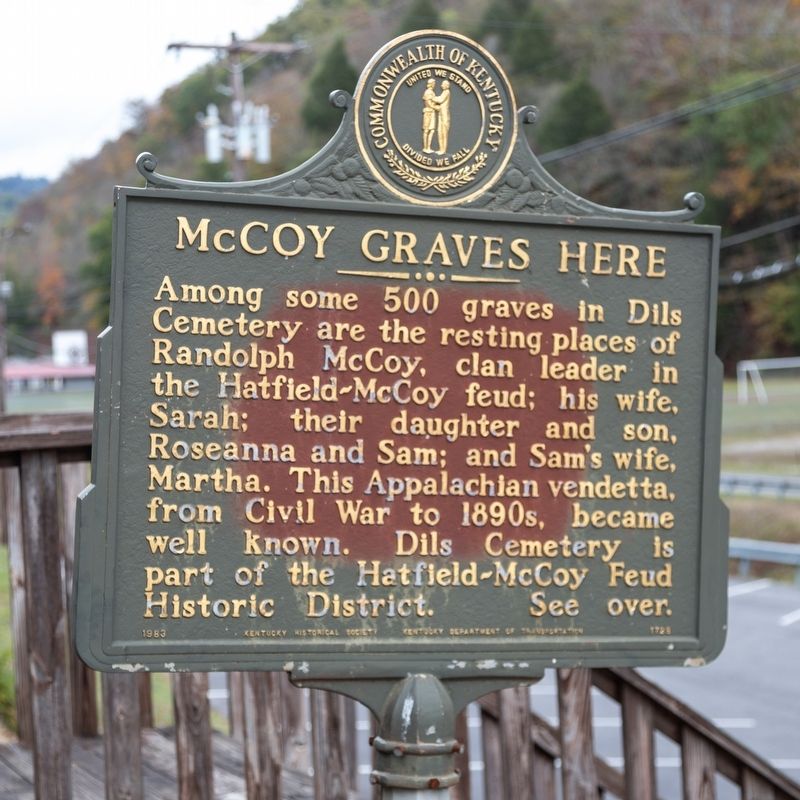 Click or scan to see
this page online
N, 82° 30.885′ W. Marker is in Pikeville, Kentucky, in Pike County. Marker is on Chloe Road (Kentucky Route 1460) east of South Bypass Road (Kentucky Route 1460), on the right when traveling east. It is at the crossing from the parking area for the cemetery (at the Pikeville Fire Department) across the road from Dils Cemetery. Touch for map. Marker is in this post office area: Pikeville KY 41501, United States of America. Touch for directions. 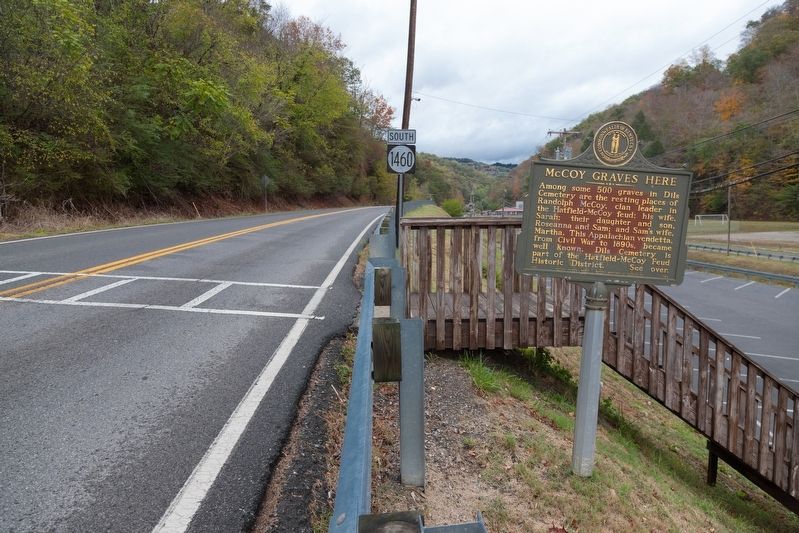 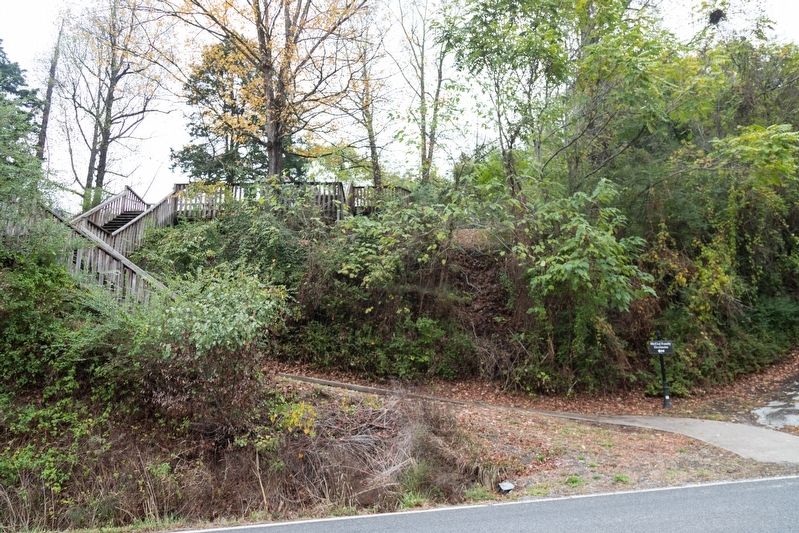