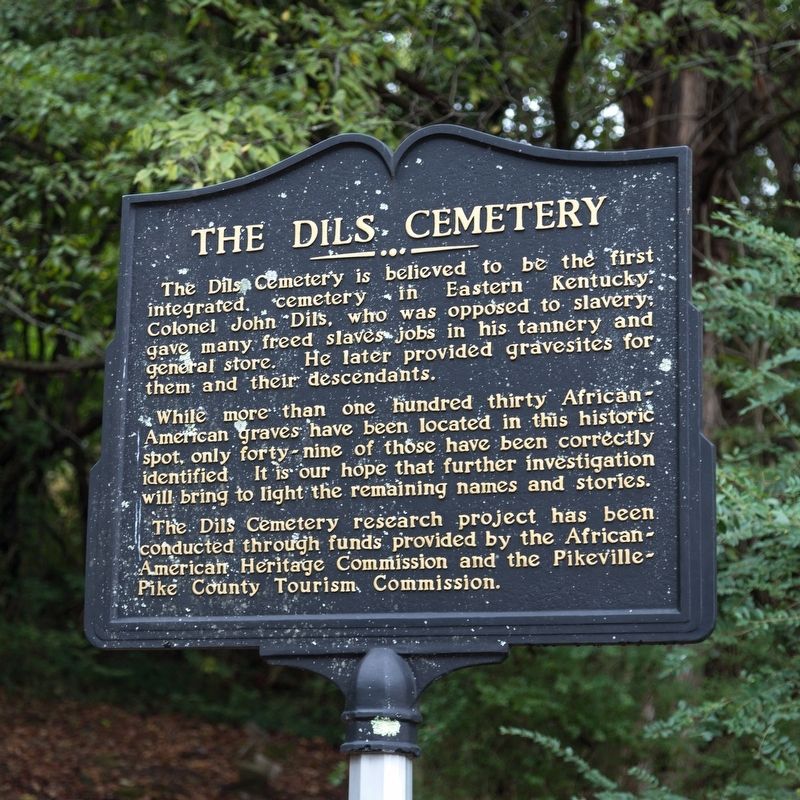 The Dils Cemetery is believed to be the first integrated cemetery in Eastern Kentucky. Colonel John Dils, who was opposed to slavery, gave many freed slaves jobs in his tannery and general store. He later provided gravesites for them and their descendants.

While more than one hundred thirty African-American graves have been located in this historic spot, only forty-nine of those have been correctly identified. It is our hope that further investigation will bring to light the remaining names and stories.

The Dils Cemetery research project has been conducted through funds provided by the African-American Heritage Commission and the Pikeville-Pike County Tourism Commission. 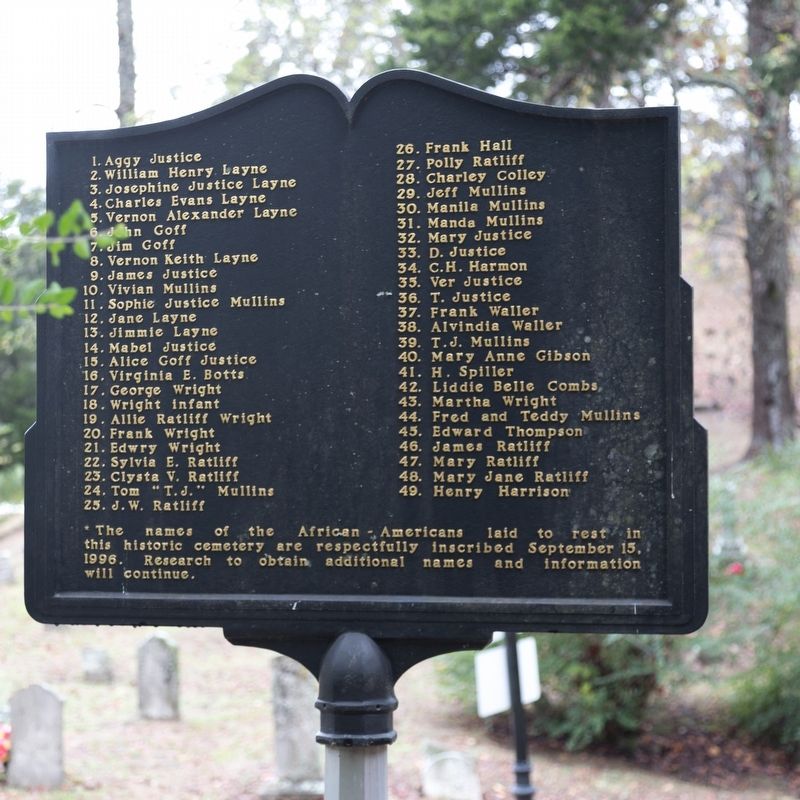 * The names of the African Americans laid to rest in this historic cemetery are respectfully inscribed September 15, 1996. Research to obtain additional names and information will continue.

Topics. This historical marker is listed in these topic lists: African Americans • Cemeteries & Burial Sites. A significant historical date for this entry is September 15, 1996.

Location. 37° 28.677′ N, 82° 30.881′ W. Marker is in Pikeville, Kentucky, in Pike County. Marker can be reached from Chloe Road (Kentucky Route 1460) east of South Bypass Road (Route 1460), on the left when traveling east. There is marked parking from the cemetery across the road at the Pikeville Fire Department lot. Touch for map. Marker is in this post office area: Pikeville KY 41501, United States of America. Touch for directions. 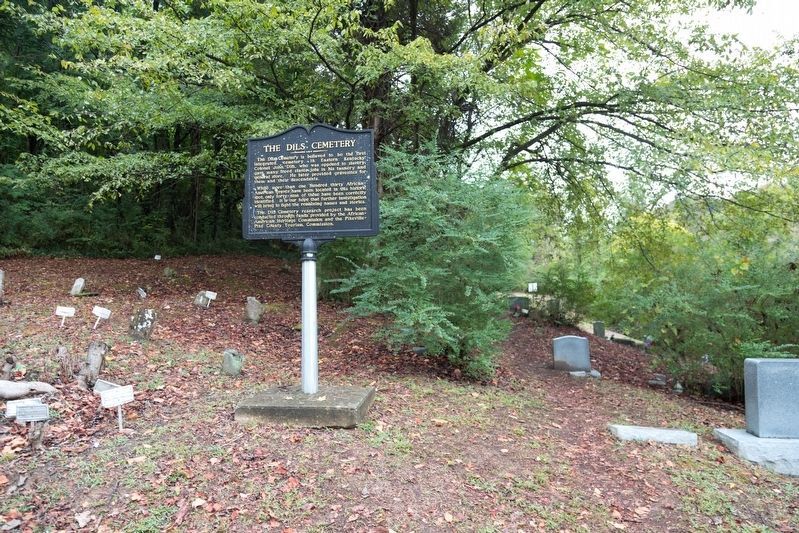