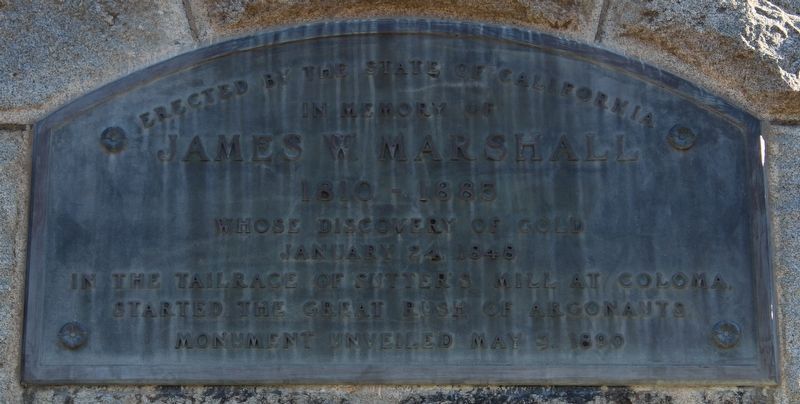 Erected by the State of California
in memory of
James W. Marshall
1810 - 1885
Whose discovery of gold
January 24, 1848
in the tailrace of Sutter’s Mill at Coloma
started the great rush of Argonauts.

Erected 1890 by the State of California and the Placerville Parlor, Native Sons of the Golden West. (Marker Number 143.)

Topics and series. This historical marker is listed in these topic lists: Landmarks • Notable Events • Notable Places. In addition, it is included in the California Historical Landmarks, and the Native Sons/Daughters of the Golden West series lists. A significant historical date for this entry is January 24, 1848.

Location. 38° 47.802′ N, 120° 53.65′ W. Marker is in Coloma, California, in El Dorado County. Marker can be reached from Marshall Park Way (State Highway 153). Marker is on the monument, a short drive up Marshall Park Way from State Highway 49 leading to a parking lot. The monument is a short walk up the steps at the back of the parking lot. Touch for map 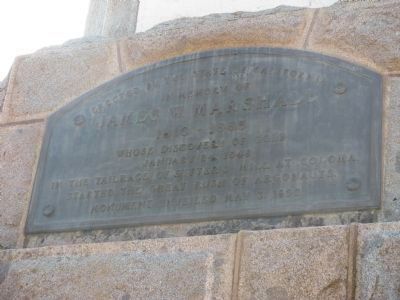 Click or scan to see
this page online
. Marker is in this post office area: Coloma CA 95613, United States of America. Touch for directions.

More about this marker. The Marshall Monument is a California Registered Historical Landmark (No. 143). The marker is located within the boundaries of the Marshall Gold Discovery State Historic Park. Marshall Park Way (California 153) is California's shortest state highway.

In his book California – A Landmark History, published by the Oakland Tribune in 1941, Joseph R. Knowland writes:

“The original Marshall Monument contained, until 1937, mute evidence of the controversy once waged, and now occasionally revived, over the date of the discovery and the much-mooted question whether a nugget, a flake, a particle, a specimen or some other form of gold was picked up at the mill.

The first date carved into the granite base of the monument was January 19, 1848. The discovery, in 1887, of the diary of Henry W. Bigler, a Mormon laborer at Sutter’s Mill, fixed the date January 24, which General Sutter’s records and other evidence confirm. This later proof caused the Legislature to order the former date chiseled out and the correct one substituted. The first inscription mentioned that Marshall had picked up a “nugget.” Following a dispute of which newspapers and pamphlets issued during that period have left an interesting record, the Legislature of 1931 ordered “nugget” changed to “flake.” Again workman equipped with chisels mounted the base, removed the word “nugget” and carved in “flake.” Both changes were conspicuous, and the thousands who visited the monument and read the inscriptions were puzzled.

In 1938, the State Park Commission, noting the unfortunate appearance of the inscription and taking cognizance of certain errors in the old wording, ordered new bronze tablets to be placed over the original spaces. This was done, and the author, then chairman of the Park Commission, delegated by vote of the board to suggest the revised wording. The original inscription declared that Marshall was “Discoverer of Gold.”

History has revealed that gold was discovered in California as early as 1842, near San Fernando Mission, and samples forwarded to the United States Mint in Philadelphia.

There is no dispute that Marshall’s January 24, 1848, discovery started the great gold rush to California. On the questions of “flake” or “nugget,” a revival of this controversy was avoided by omitting both words and making the simple declaration that “Marshall’s discovery of gold started the great rush of Argonauts.” This wording was substituted on the theory that it is not significant and the world not particularly interested concerning the exact form or shape of the find except that it was gold.

The new and revised bronze tablet substituted in 1939, and approved by the Park Commission and Grand officers of the Native Sons, reads as follows: [See Inscription Text]

On the opposite side a new tablet, unchanged in wording from the original, but necessary for proper balance, contains the names of the original Commissioners, A. Caminetti, John R. Miller, George Hofmeister and H. C. Gesford. In 1941, Hofmeister was the only surviving member of the original commission.”

Regarding James W. Marshall. Never a good businessman, James Marshall failed to profit from the many opportunities the gold rush offered. He ended his days as a carpenter and a blacksmith in Kelsey, unrecognized officially for his unique roll in history.

After Marshall's death in 1885, local and state figures made plans to honor that role. Originating with the Placerville Parlor of Native Sons of the Golden West, the idea of a monument was suggested to the State Legislature, which appropriated a total of $9,000. On May 3, 1890, a crowd of 3,500 gathered at his hill-top gravesite for the unveiling ceremony, listening to poems, prayers, band music, and speeches praising Marshall and the forty-niners.

The statue is constructed 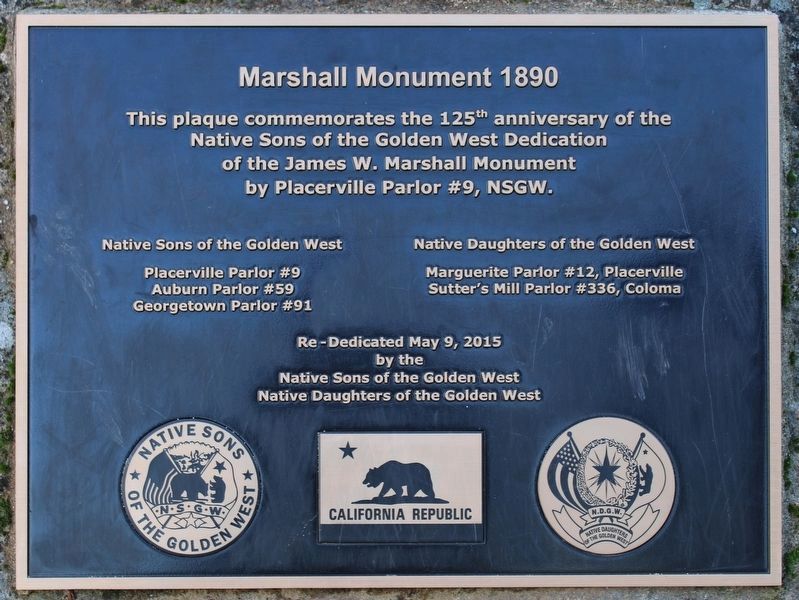 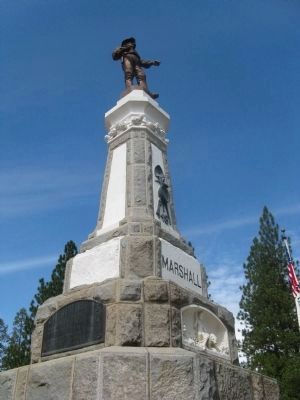 Photographed By Syd Whittle, August 19, 2008
4. James W. Marshall Marker
Marker can be seen on the left. 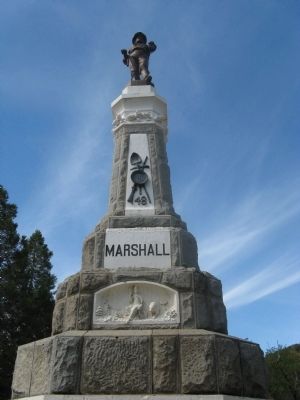 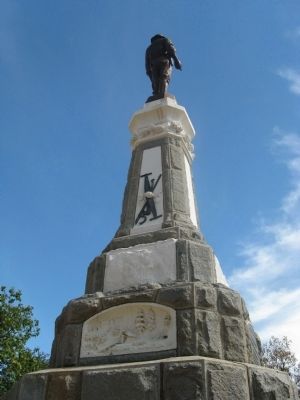 Photographed By Syd Whittle, August 19, 2008
6. Back of the Marshall Monument 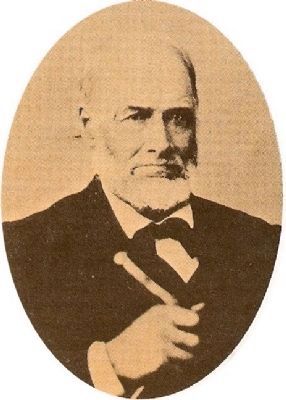 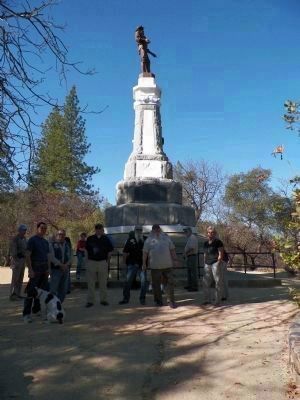 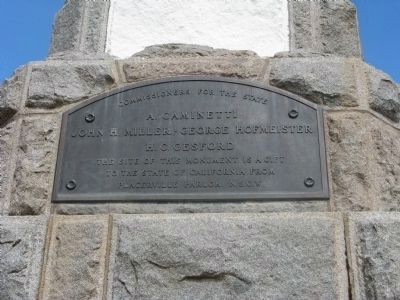 Photographed By Syd Whittle, August 19, 2008
9. Second Marker Located on the Monument. It reads:
Commissioners for the State
A. Caminetti
John B. Miller - George Hofmeister
H.C. Gesford
The site of this monument is a gift
to the State of California from
Placerville Parlor, N.S.G.W. 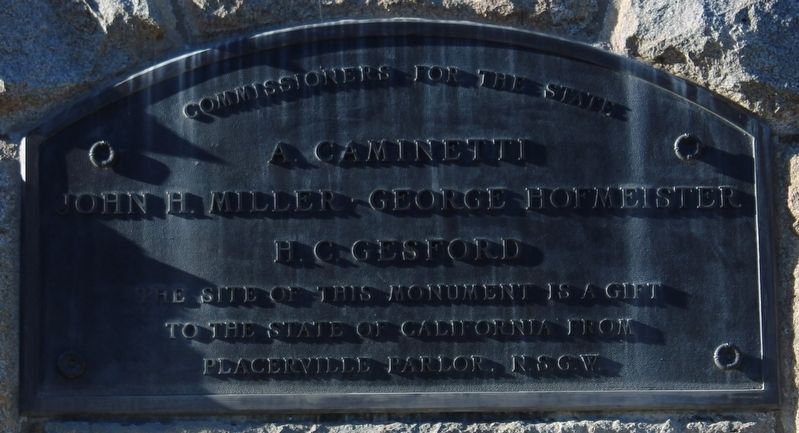 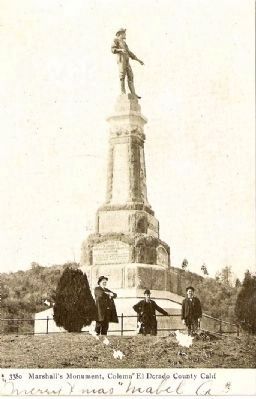 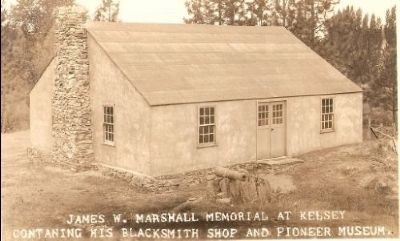 Photographed By No Publisher Stated
12. Vintage Postcard - Marshall's Blacksmith Shop in Kelsey (Mentioned Earlier)
This site is California Registered Historical Landmark No.319. There is no marker. The only remaining part of this building is the chimney, which is on private property. 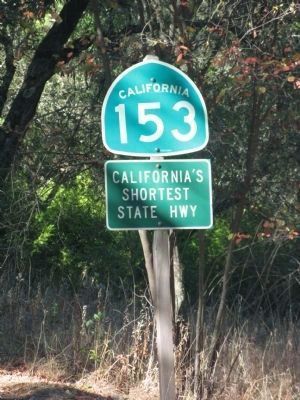