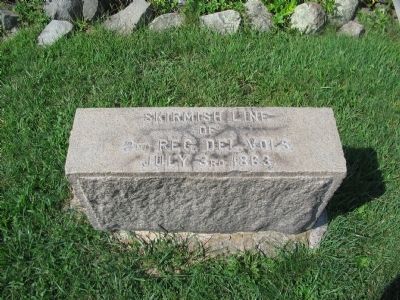 Location. 39° 48.884′ N, 77° 14.127′ W. Marker is near Gettysburg, Pennsylvania, in Adams County. Marker is on Hancock Avenue, on the left when traveling north. Located next to the Brian Farm Buildings on Cemetery Ridge, at Gettysburg National Military Park. Touch for map. Marker is in this post office area: Gettysburg PA 17325, United States of America. Touch for directions. 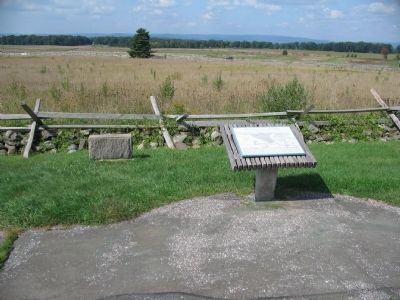 Related markers. Click here for a list of markers that are related to this marker. The 2nd Delaware at Gettysburg. 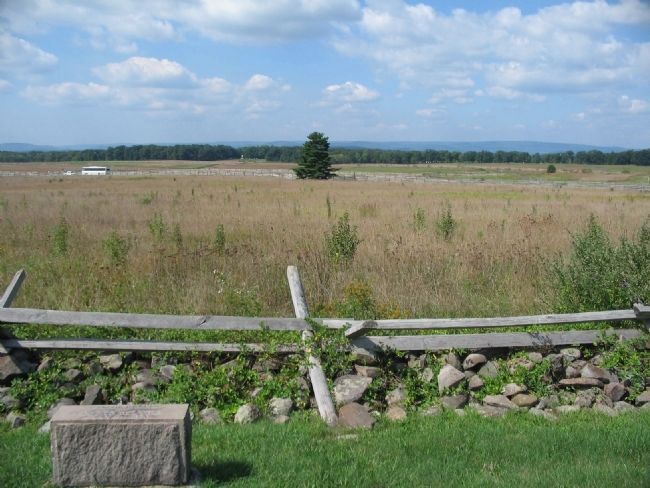 By Craig Swain, September 17, 2008
3. 2nd Delaware's View of the July 3 Assault
Looking past the marker toward Seminary Ridge, from where the Confederate assault was made on July 3rd. The marker is unclear as to the time (early or late in the day) that the regiment occupied this position. For most of the day the regiment was posted further to the south supporting Federal artillery in the center of the line.
Credits. This page was last revised on June 3, 2020. It was originally submitted on December 26, 2008, by Craig Swain of Leesburg, Virginia. This page has been viewed 823 times since then and 13 times this year. Photos:   1, 2, 3. submitted on December 26, 2008, by Craig Swain of Leesburg, Virginia.
Share This Page.