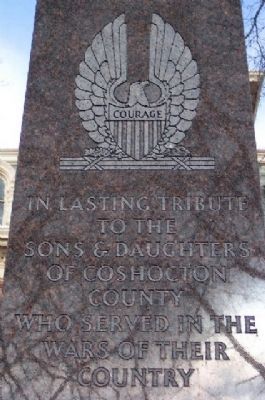 Courage In lasting tribute to the sons & daughters of Coshocton County who served in the wars of their country Let none forget, they gave their all And faltered not, when came the call To keep forever living the Freedom for which they served

Erected by The Citizens and Veterans Organizations of Coshocton County.

Topics. This historical marker and memorial is listed in this topic list: Military. 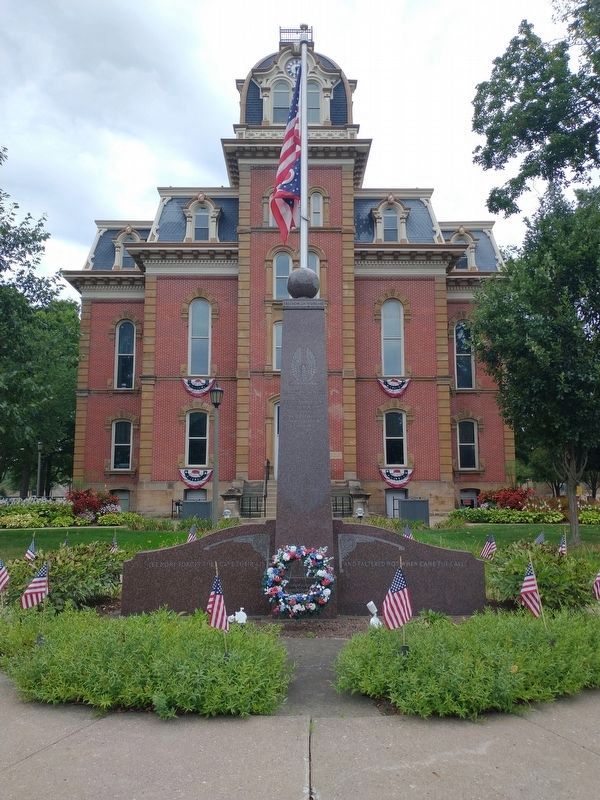