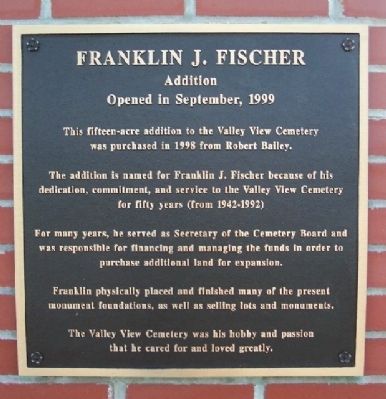 This fifteen-acre addition to the Valley View Cemetery was purchased in 1998 from Robert Bailey.

The addition is named for Franklin J. Fischer because of his dedication, commitment, and service to the Valley View Cemetery for fifty years (from 1942-1992).

For many years, he served as Secretary of the Cemetery Board and was responsible for financing and managing the funds in order to purchase additional land for expansion.

Franklin physically placed and finished many of the present monument foundations, as well as selling lots and monuments.

The Valley View Cemetery was his hobby and passion that he cared for and loved greatly.

Erected 1999 by Valley View Cemetery Board.

Topics. This historical marker is listed in this topic list: Cemeteries & Burial Sites. A significant historical month for this entry is September 1999. 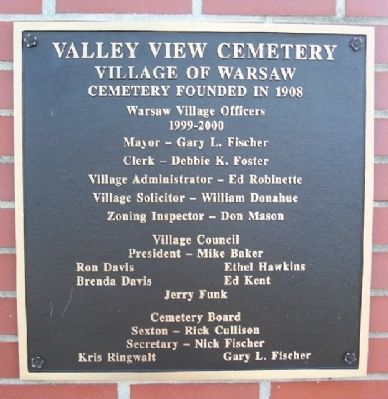 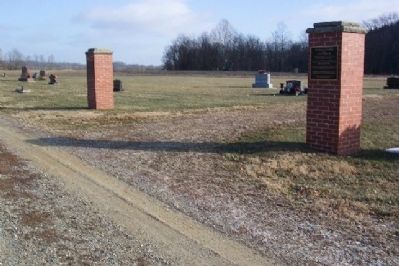 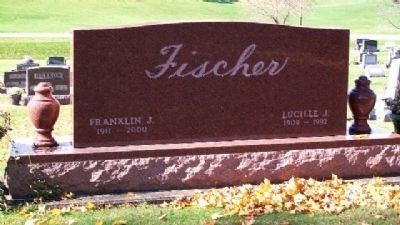