The First Statue of Mother Seton Erected in the United States 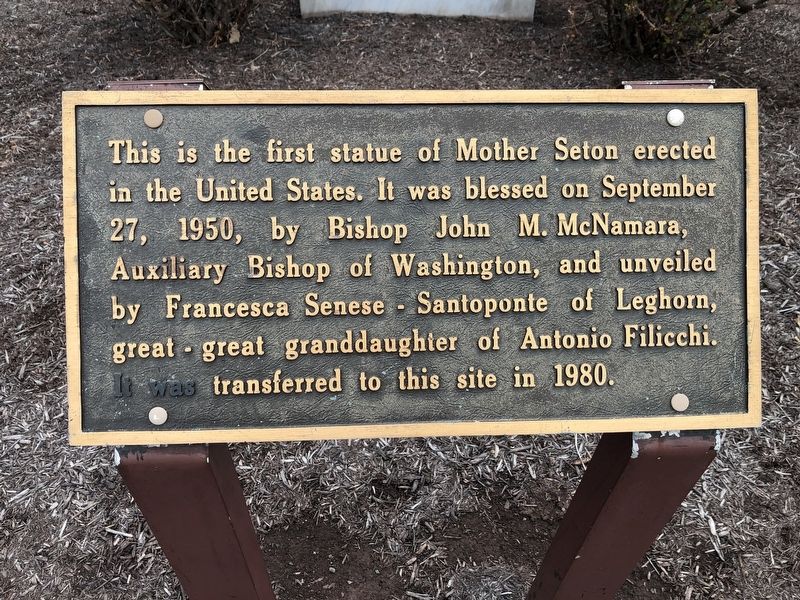 This is the first statue of Mother Seton erected in the United States. It was blessed on September 27, 1950, by Bishop John M. McNamara, Auxiliary Bishop of Washington, and unveiled by Francesca Senese - Santoponte of Leghorn, great-great granddaughter of Antonio Filicchi. It was transferred to this site in 1980.

Topics. This historical marker is listed in these topic lists: Arts, Letters, Music • Churches & Religion • Women. A significant historical date for this entry is September 27, 1950. 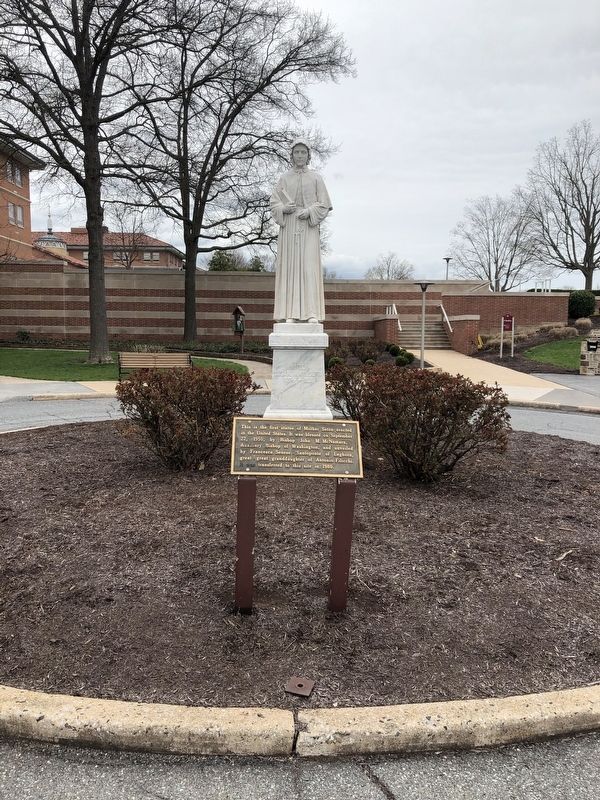