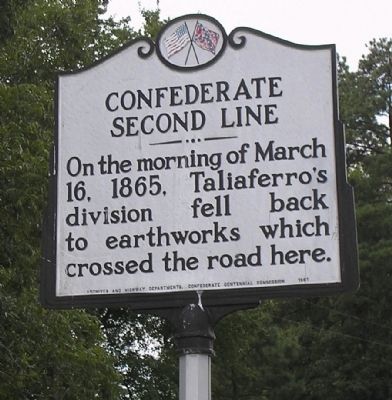 By Bill Coughlin, August 18, 2006
1. Confederate Second Line Marker
Inscription.
Confederate Second Line. .
On the morning of March 16, 1865, Taliaferro’s division fell back to earthworks which crossed the road here.. . This historical marker was erected in 1961 by Archives and Highway Departments. Confederate Centennial Commission.. It is Near Dunn in Harnett County North Carolina

On the morning of March
16, 1865, Taliaferro’s
division fell back
to earthworks which
crossed the road here.

Topics. This historical marker is listed in this topic list: War, US Civil. A significant historical year for this entry is 1865. 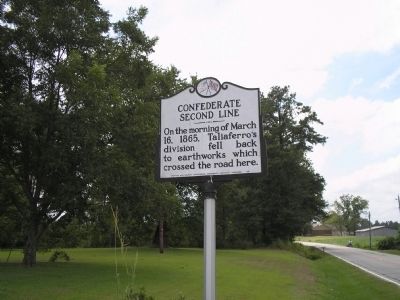 By Bill Coughlin, August 18, 2006
2. Marker on the Averasboro Battlefield
The troops of Confederate Gen. Stephen Elliott's brigade of Taliaferro's Division held the earthworks at this location on March 16, 1865 until the line was broken in the early afternoon. The Confederates then fell back to the third and final line of defense located near the present-day Averasboro Battlefield Museum.

Click or scan to see
this page online
mile away); Federal Artillery (approx. 0.6 miles away); a different marker also named Battle of Averasboro (approx. 0.7 miles away). Touch for a list and map of all markers in Dunn. 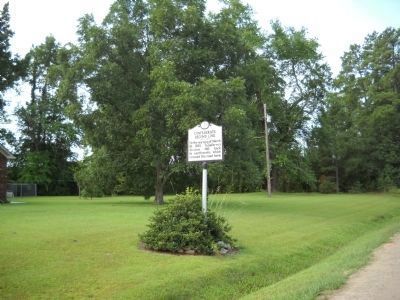 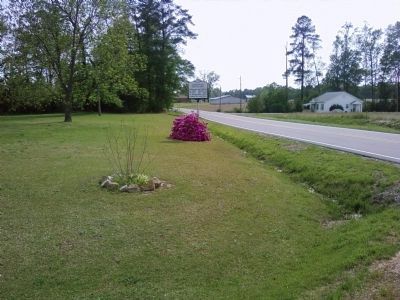