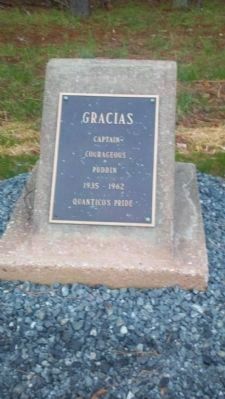 Photographed By Robert Sites USMC (ret), April 20, 2011
1. Gracias Marker
With the widening of Russell Road the Marker has had a bit of a facelift. New photo shows how it appears as of 2011, at the same location.
Inscription.
Gracias. .
Captain Courageous Puddin 1935 – 1962 Quantico’s Pride. . This memorial was erected in 1962. It is Near Quantico in Prince William County Virginia 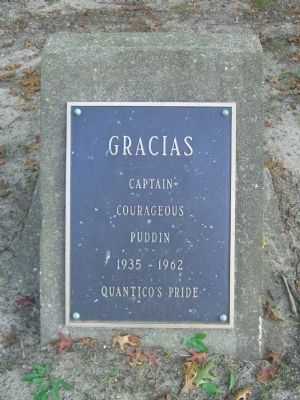 Regarding Gracias. This puzzling monument along Russell Road marks the last resting place of General Lemuel Shepherd's favorite horse "Captain Courageous," also called "Puddin," to whom he is saying "Gracias". General Lemuel C. Shepherd, Jr. (1896 – 1990) was the 20th Commandant of the Marine Corps.

Signs near this marker identify the area as being a Loblolly Pine plantation. 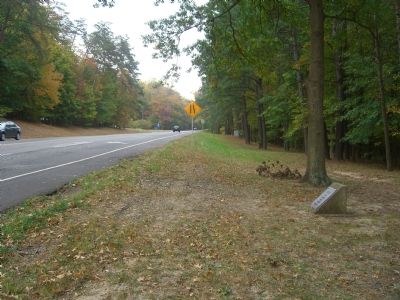