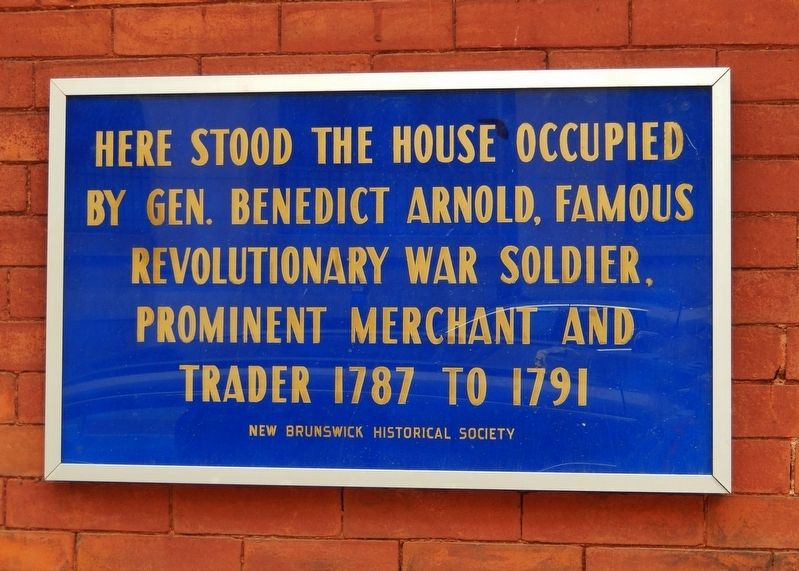 Topics. This historical marker is listed in this topic list: War, US Revolutionary. A significant historical year for this entry is 1787. 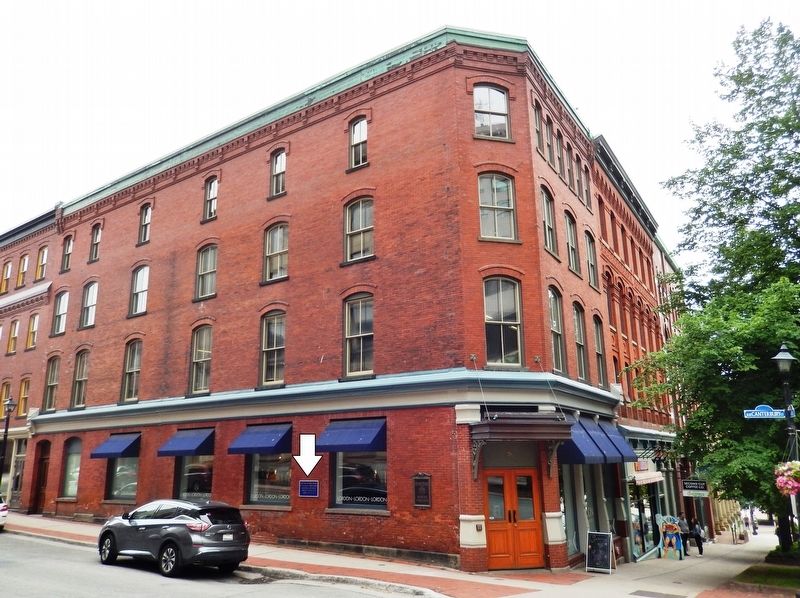 2. Benedict Arnold. Benedict Arnold arrived in Saint John, where he soon acquired what was described as “quite a pretentious home” at the corner of King and Canterbury Streets. It was a 2 1/2 storey wooden building with a gambrel roof pitched toward King Street. The interior was well finished, the rooms 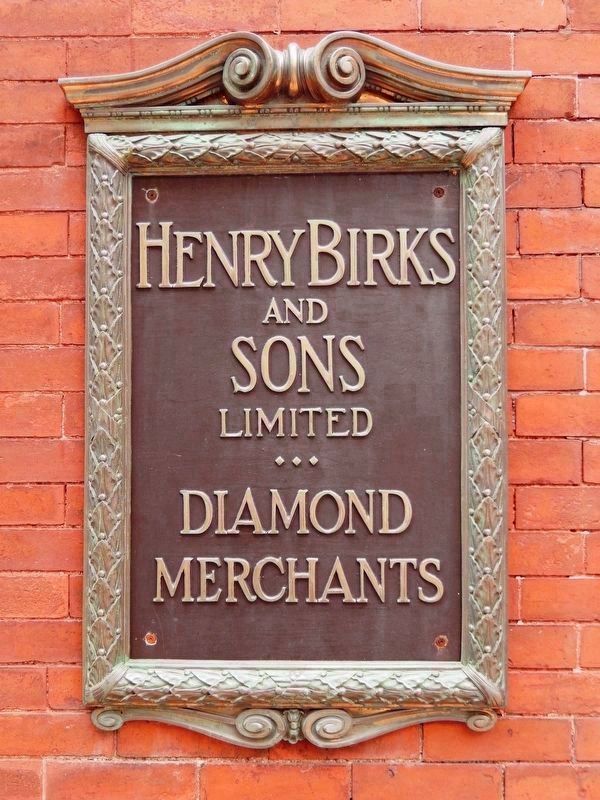