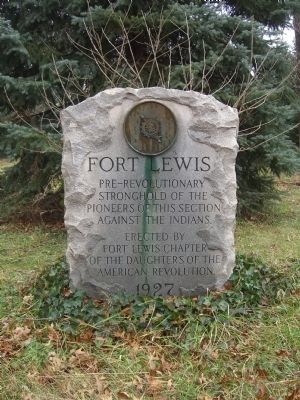 Photographed By Kevin W., December 28, 2008
1. Fort Lewis Marker
Inscription.
Fort Lewis. . Pre-Revolutionary stronghold of the pioneers of this section against the Indians. . This historical marker was erected in 1927 by Fort Lewis Chapter, Daughters of the American Revolution. It is Near Salem in Roanoke County Virginia

Pre-Revolutionary stronghold of the pioneers of this section against the Indians.

Erected 1927 by Fort Lewis Chapter, Daughters of the American Revolution.

Topics and series. This historical marker is listed in these topic lists: Colonial Era • Forts and Castles. In addition, it is included in the Daughters of the American Revolution (DAR) series list.

Location. 37° 16.747′ N, 80° 7.293′ W. Marker is near Salem, Virginia, in Roanoke County. Marker is at the intersection of West Main Street (U.S. 11) and Hawley Drive, on the right when traveling north on West Main Street. Touch for map. Marker is in this post office area: Salem VA 24153, United States of America. Touch for directions. 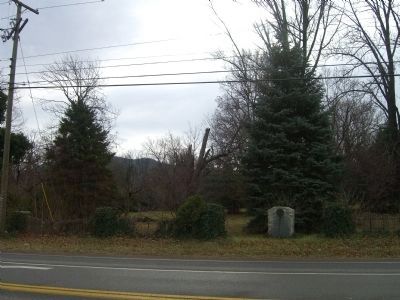 Photographed By Kevin W., December 28, 2008
2. Fort Lewis Marker
Just out of site to the left in this photo is the entrance to the "Fort Lewis" home. The fate of the home is unkown to us at this time.