To the Memory of the Revolutionary Soldiers 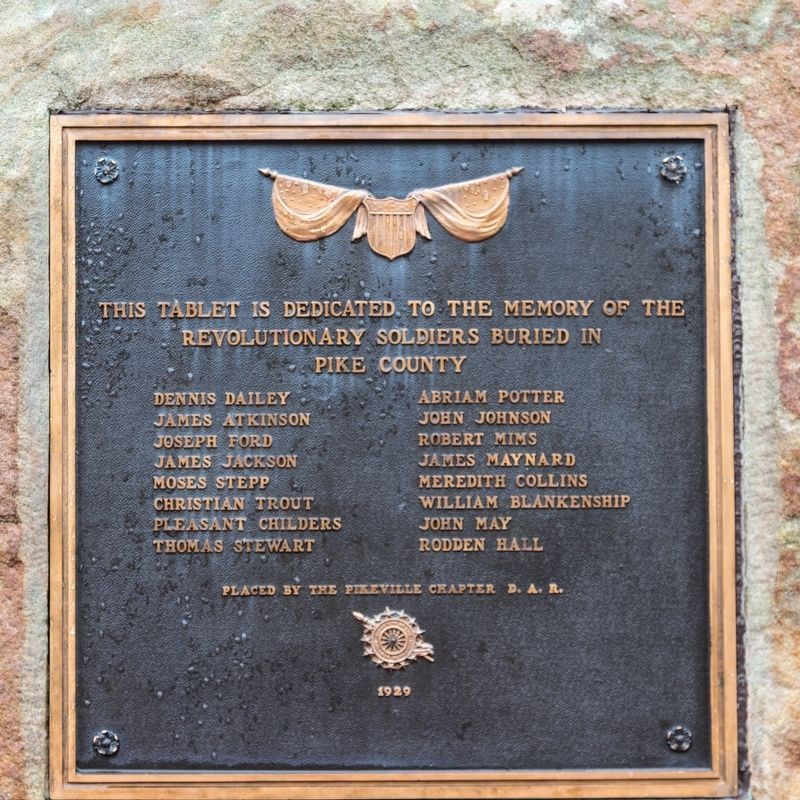 This tablet is dedicated to the memory of the Revolutionary Soldiers buried in Pike County.

Erected 1929 by the Pikesville Chapter, Daughters of the American Revolution.

Topics and series. This memorial is listed in this topic list: War, US Revolutionary. In addition, it is included in the Daughters of the American Revolution series list.

Location. 37° 28.749′ N, 82° 31.05′ W. Marker is in Pikeville, Kentucky, in Pike County. Memorial is on Main Street just north of Grace Avenue, on the right when traveling north. It is at the courthouse. Touch for map. Marker is at or near this postal address: 146 Main St, Pikeville KY 41501, United States of America. Touch for directions. 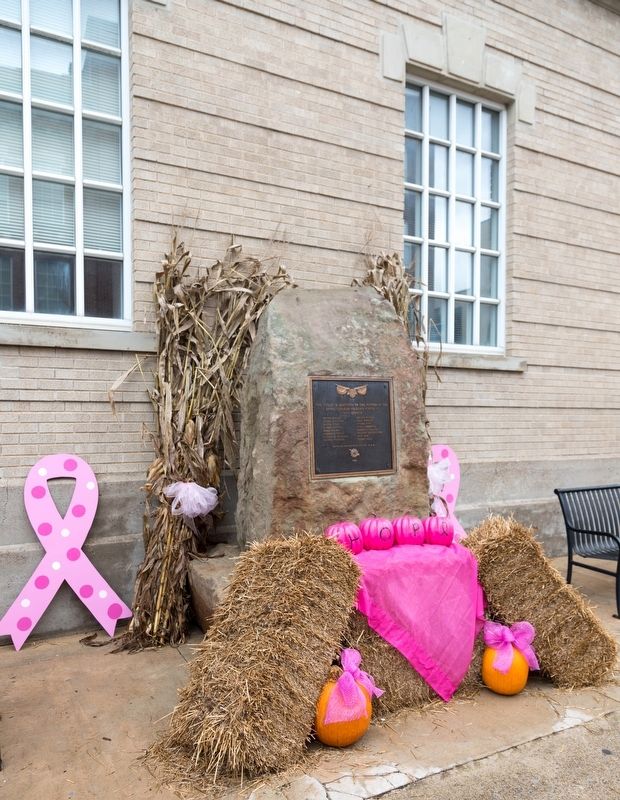 Click or scan to see
this page online
distance of this marker); County Named, 1821 (within shouting distance of this marker); John Paul Riddle (about 500 feet away, measured in a direct line); Educator, Soldier, Congressman, President (about 700 feet away); Garfield at Piketon (about 700 feet away); James A. Garfield (about 700 feet away); Dils Cemetery (about 700 feet away). Touch for a list and map of all markers in Pikeville.
Credits. This page was last revised on April 12, 2020. It was originally submitted on March 4, 2020, by J. J. Prats of Powell, Ohio. This page has been viewed 86 times since then and 18 times this year. Last updated on April 12, 2020, by Craig Baker of Sylmar, California. Photos:   1, 2. submitted on March 4, 2020, by J. J. Prats of Powell, Ohio. • Devry Becker Jones was the editor who published this page.
Share This Page.