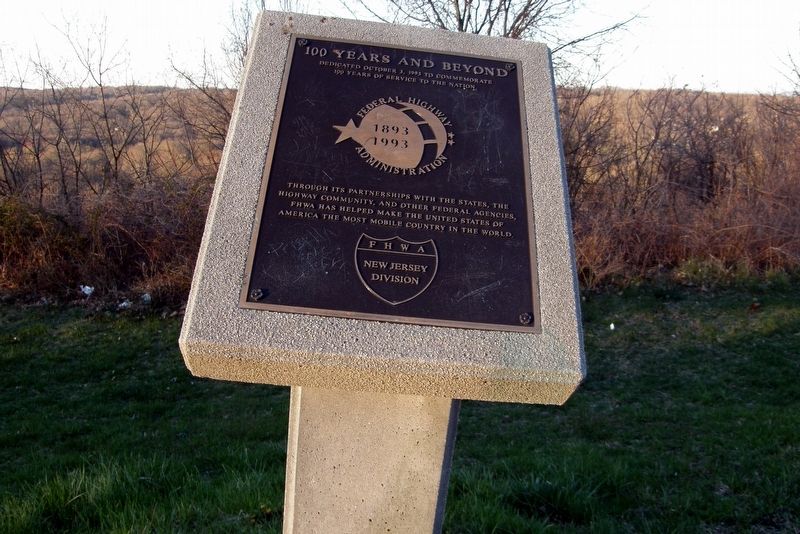 General Highway Administration 1893-1993
Dedicated October 3, 1993 to commemorate 100 years of service to the nation.
Through its partnerships with the states, the highway community, and other Federal agencies, FHWA has helped make the United States of America the most mobile country in the world.
FHWA New Jersey Division