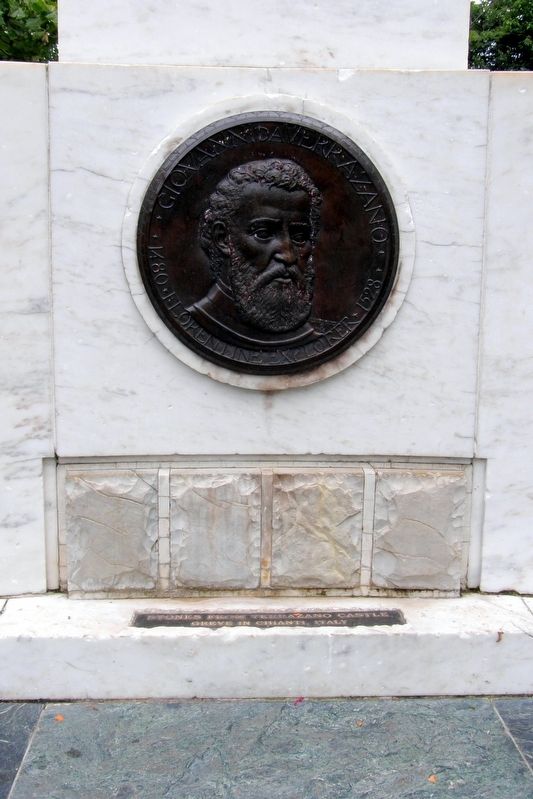 More about this marker. The marker is at the north end of John J. Carty park, part of which is used by the Brooklyn approach to the Verrazano-Narrows Bridge.

Regarding Giovanni da Verrazano. The marker most likely commemorates the completion 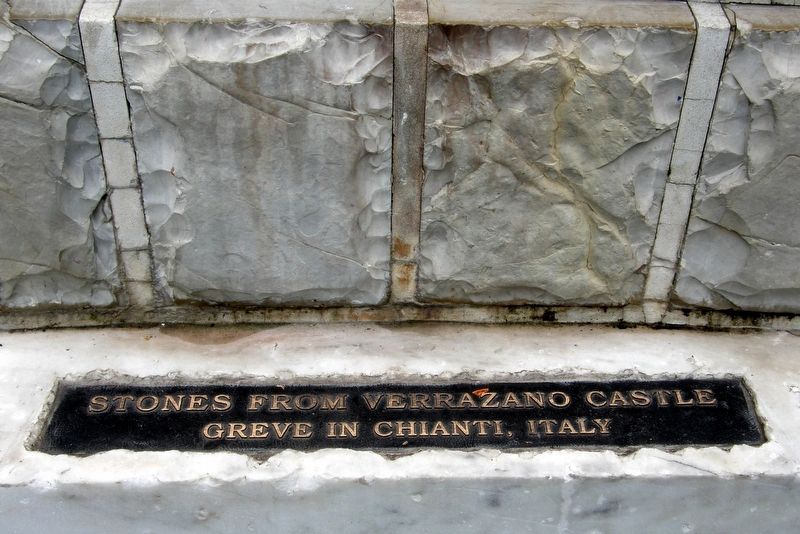 Click or scan to see
this page online
of the Verrazano-Narrows Bridge in 1964, as there is a similar monument on the Staten Island side. Recently, all Department of Transportation signage has been replaced with the correct spelling, "Verrazzano". 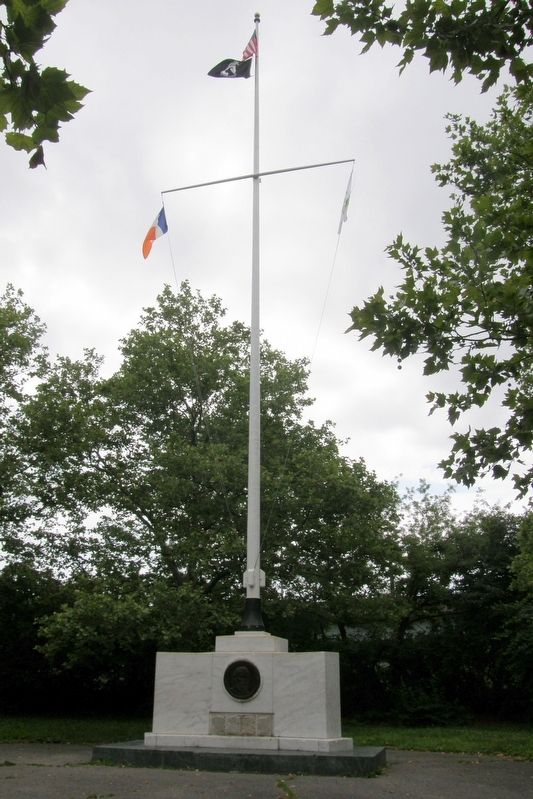 Photographed By Larry Gertner, June 19, 2017
3. The marker is incorporated into a standard NYC Parks Department flagpole. 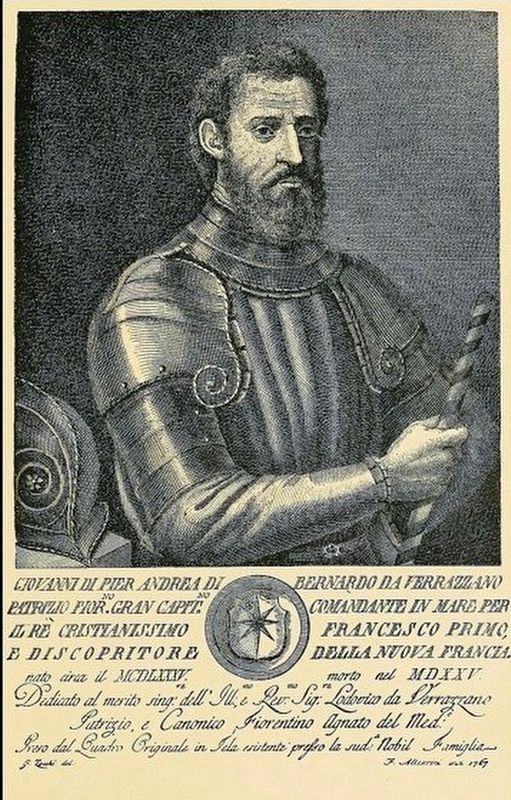